Gyromancer is a puzzle and role-playing video game developed by PopCap Games in collaboration with Square Enix. In the game, the player moves through a map of an enchanted forest, battling monsters using their own summoned monsters through a puzzle-game battle based on PopCap's Bejeweled Twist. In these battles, the player rotates groups of four gems out of a grid of gems to line up three or more jewels of the same color; when enough lines have been created damage is dealt to the enemy. Between battles, a story is told through a series of cutscenes, while the player and the summons gain experience and power using role-playing game elements. 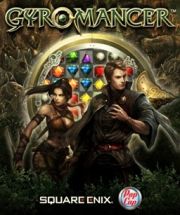