Also known as: Colin McRae: Dirt
Experience a new off-road style while rallying a large selection of courses. There are gravel, mud, and dirt racing events that allow you to travel all over the world, which also include a Hill Climb and Rally Cross events. International competitions feature official cars and tracks based on real roads and locations. Beat-the-clock racing includes events with multiple cars on the track. The new physics and damage system brings an even greater challenge. Also included are modes that allow online competition. 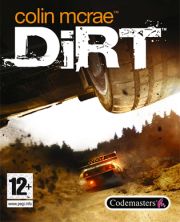