Also known as: Robert Ludlum's The Bourne Conspiracy
Robert Ludlum’s The Bourne Conspiracy is a third-person action game blending hunter-prey gameplay through a seamless mix of hand-to-hand fighting, gunplay and dramatic escapes, all designed around Jason Bourne's signature combat style. Developed by High Moon Studios in collaboration with Ludlum Entertainment, and with story and character development in conjunction with Bourne screenwriter Tony Gilroy, the game is a companion to the blockbuster films and best-selling novels.

Bourne Conspiracy, The Screenshots (12)
View All 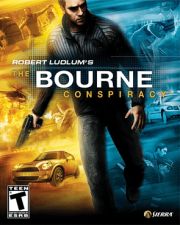