Fallout 2 takes you farther into the desolate wastes of post-World War III California than you'd ever have imagined. Based on the most popular game of 1997, the new system retains the kitschy-cool look and feel of the original while expanding the game world by an order of magnitude (and fixing some problems with combat and ally interaction).
The setup is similar: you have been chosen to save your community (this time a straggly bunch of tribal descendents of the original game's hero) by seeking the fabled Garden of Eden Creation Kit. The game is slower going than the first, which makes building your character up from tribal hick to Nietzschean Ubermensch all the more satisfying. While movement, combat, and inventory are still essentially the same, there are so many more quests to perform and facts to learn and keep track of that you'll find yourself playing again and again long after you've won the first time. 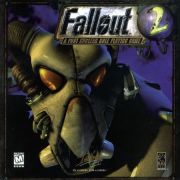