Hitman: Blood Money is a stealth video game developed by IO Interactive and published by Eidos Interactive. It is the fourth installment in the Hitman video game series. The story follows the life of professional hitman, Agent 47, as narrated in cutscenes by a former Director of the FBI to a journalist who is interviewing him. 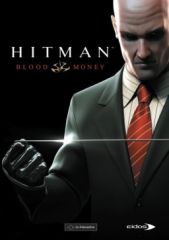