Also known as: Half Life 2: Episode 1
This is the first in a series of new adventures created by Valve that extends the Half-Life 2 single player experience. Stepping into the hazard suit of Dr. Gordon Freeman, you face the immediate repercussions of your actions in City 17 and the Citadel. Rejoin Alyx Vance and her robot, Dog, to once again aid the human resistance in their desperate battle against the totalitarian alien menace of the Combine. Episode One exposes Alyx's combat skills and knowledge of City 17 as the player battles side-by-side with her in this 4-6 hour adventure of greater density and detail than non-episodic releases. 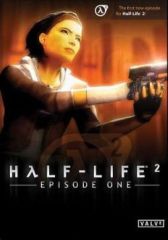