Dragon's Crown is an action role-playing game structured like a traditional side-scrolling beat 'em up where players move their characters across the screen into the background or foreground attacking enemies. Players may choose between one of six characters--Fighter, Amazon, Elf, Sorceress, Wizard, and Dwarf--who must travel through a number of environments using standard attacks as well as magic spells to defeat enemies. 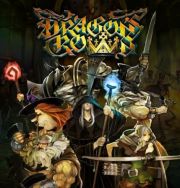