Also known as: BF 1942
In Battlefield 1942, you're a WWII soldier on a true-to-life battlefield, equipped with weapons that look and sound authentic, able to storm the beaches on foot or seamlessly jump into and out of any of 35 vehicles of war. The depth is incredible. While on foot, you play as one of five specialized classes (assault, medic, scout, antitank, or engineer) with varying equipment and abilities. The choice of vehicles ranges from a selection of tanks, jeeps, and other fairly standard mechanized land vehicles to exotic craft like battleships, submarines, and dive bombers. Best of all, you can pit yourself against your fellow man in objective-based online battles in four distinct WWII theaters of war: North Africa, South Asia Pacific, Western Europe, and Eastern Europe. 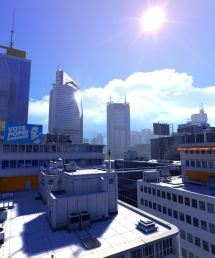 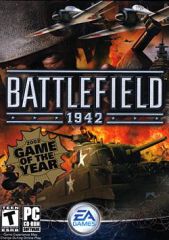