Super Stardust HD for PS3 is an updated version of the classic game Stardust. Your mission is simple: destroy everything in sight! Visit different planets and fend off giant asteroids and waves of enemies by utilizing three upgradeable weapons to save your home solar system from total annihilation.

3. Gibbon: Beyond the Trees 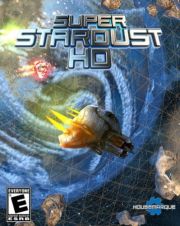