Dark Void is a single player sci-fi action-adventure game for the PC that is destined to change the way gamers think about third-person shooter combat. An adrenaline-fuelled blend of aerial and ground-pounding combat mechanics and cover systems headlined by the game's signature in-game items--the hooverpack and jetpack--in it players will experience 3D action like never before as they transition from ground to air combat, and back again whenever they choose. 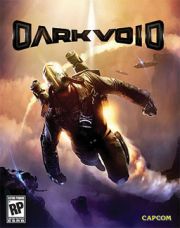