Demon's Souls is an action role-playing game. Set in a dark fantasy world, players take control of a custom hero who has journeyed to the fictional kingdom of Boletaria, which is being ravaged by an accursed fog that brings forth demons that feast on the souls of mortals. The gameplay involves a character creation system with emphasis on gathering loot through combat with enemies in a non-linear series of varied locations. It also has a unique online multiplayer system integrated into the single-player where players can leave useful messages and warnings for other players' game worlds. 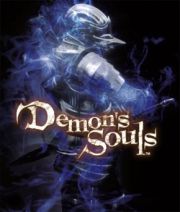 Our Review of Demon's Souls
90%
Superb
The Verdict:
"An action-RPG that takes no prisoners. It's bold, brutal and brilliant, but certainly won't be to everyone's taste despite its undeniable quality"
Game Ranking
Demon's Souls is ranked #20 out of 1786 total reviewed games. It is ranked #4 out of 69 games reviewed in 2009.
19. Witcher
PC
20. Demon's Souls