F1 2015, the official video game of the 2015 FIA FORMULA ONE WORLD CHAMPIONSHIP, will release in June 2015. Arriving much earlier in the FORMULA ONE season than before, the game will mark the debut of the franchise on new generation of consoles.
F1 2015 Videos (1)
View All 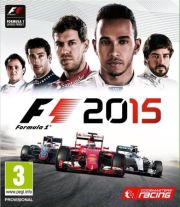