Aaru's Awakening is a hand-drawn, fast-paced 2D action platformer. The game puts players in charge of Aaru, a mythical creature with two unique abilities teleportation and charging. He uses these abilities as he travels through the dangerous world of Lumenox to defeat an evil entity. 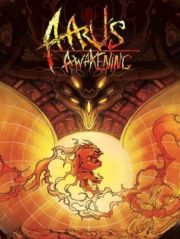