Chariot is a couch co-op platformer that can be played alone or with a friend. Players take the role of the brave Princess or her faithful Fiancé as they maneuver the departed king's coffin-on-wheels through 25 levels set in 5 vibrant underground environments, with his majesty's ghost giving them a piece of his mind every step of the way. 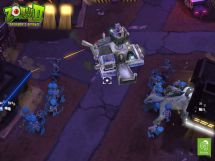 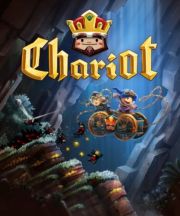