Chivalry: Medieval Warfare is a multiplayer action video game developed by Torn Banner Studios as their first commercial title. The game is set in the Middle Ages and offers similar gameplay combat to the developer's previously released Half-Life 2 mod, Age of Chivalry. In the game, the fictional nation of Agatha is in a civil war, with two factions – the Agathian Knights and the Mason Order – vying for control of the region. Players pick their sides and choose from several character classes, including knights, archers, and supports, each with a different set of skills and choice of weaponry.
Chivalry: Medieval Warfare Videos (1)
View All 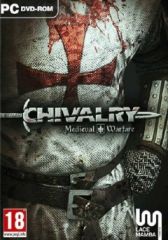