Also known as: GoW2
Gears of War 2 is the eagerly anticipated sequel to the 4.5 million selling blockbuster third-person tactical action game that became one of the most popular Xbox 360 games in history. This time, Marcus Fenix and Delta Squad are poised to deliver a bigger, badder, and more intense experience. Developed exclusively for the Xbox 360 by Epic Games, Gears of War 2 picks up six months after the events of the blockbuster original Gears of War. Players are thrown back into the role of Marcus Fenix, leading the battle for humankind's survival against the Locust Horde. 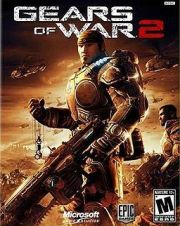