Plants vs. Zombies is digging into the trenches with an explosive new 3D experience. Blast zombies, plants, and new characters with inventive weapons across a mine-blowing PvZ world. Take on Co-Op and Multiplayer action with your friends and sow the seeds of victory.
Plants vs Zombies Garden Warfare Videos (2)
View All 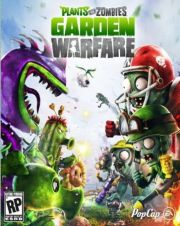