GRID Autosport promises to bring alive the experience of becoming a professional racing driver in a new world of contemporary and classic motorsport. Drawing in spirit from classic Codemasters titles such as the TOCA series, developed in conjunction with community feedback and retaining the core GRID focus, gamers will experience a world of intensity and excitement that only racing cars can deliver.
Grid Autosport Videos (4)
View All 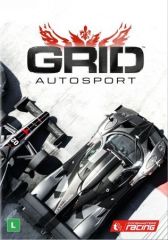 Our Review of Grid Autosport
57%
Mediocre
Reviewed on PC
"Slides into last place because of a laborious career, recycled tracks and AI driver problems "
Game Ranking
Grid Autosport (PC) is ranked #1479 out of 1646 total reviewed games. It is ranked #128 out of 152 games reviewed in 2014.
1478. Warhammer: Chaosbane
PC
1479. Grid Autosport