F1 2013 features all the cars, circuits and star drivers from the 2013 season, allowing gamers to race as Lewis Hamilton in his Mercedes and Sergio Perez in the McLaren-Mercedes for the first time, and includes all of the new drivers, updated rules, tyre changes and remodelled handling to authentically reflect the challenge and exhilaration of racing 2013’s stunning roster of FORMULA ONE cars.
F1 2013 Videos (4)
View All 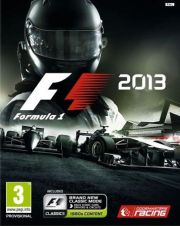