Guide two brothers on a journey from Swedish film director, Josef Fares and developer Starbreeze Studios. Control both brothers at once as you experience co-op play in single player mode. Solve puzzles, explore the varied locations and fight boss battles, controlling one brother with each thumb stick. 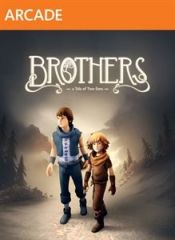