Crimson Dragon is an upcoming rail shooter video game for the Xbox One, to be published on Xbox Live Arcade. The game is seen as a spiritual successor to the Panzer Dragoon series, not only because of its similar gameplay but also because of its returning staff; creator Yukio Futatsugi was the director of the first three Panzer Dragoon games, and composer Saori Kobayashi also co-scored Panzer Dragoon Saga and Orta. 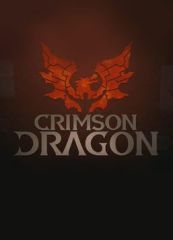