Also known as: MotoGP 2013
MotoGP 13 includes all the official tracks and riders of the 2013 MotoGP season. The game was built from the ground up using a brand new game engine, which brings a whole new level of realism to elements such as graphics, physics, bikes, environments and in-game sound. 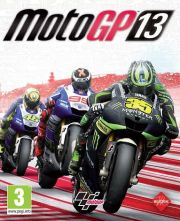