Hell Yeah! Wrath of the Dead Rabbit Screenshots (9)
View All 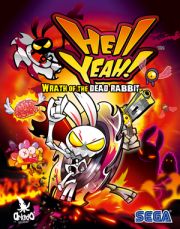