With more than 40 songs on the disc, spanning the hottest hits of yesterday through today’s biggest dance hits, Dance Central 3 will feature the most varied soundtrack in dance games. Continuing the tradition Harmonix pioneered with its Rock Band series, the library from the original Dance Central and Dance Central 2 will be importable into Dance Central 3. The fully integrated in-game Music Store will allow players to continue to expand their libraries, for a total of more than 140 songs and routines available at launch. 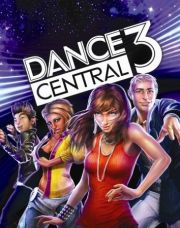