Deadpool is a video game based on the Marvel Comics character of the same name. Some of you may know me as the Merc with the Mouth. And it’s time to get mouthy. I’m a mercenary for hire with an accelerated healing factor. I like to run my mouth. Some say I’m unstable but I’m very stable. And if you want to know what gets me going in the mornings, it’s chimichangas! 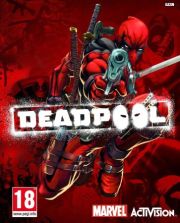