With an original story written under the supervision of George R. R. Martin, Game of Thrones promises to deliver the ultimate interactive role-playing experience for fans. The game is filled with familiar locations straight from the pages of the beloved fantasy saga along with the likeness of some actors portrayed in the series.

Game of Thrones Screenshots (11)
View All 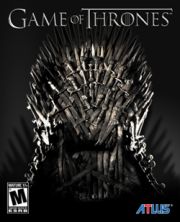