Need for Speed Most Wanted

Also known as: NFS: MW
Need for Speed: Most Wanted is underground racing action so real, you almost smell the burnt asphalt. The thrill of illicit street racing permeates the air - out-race rivals, evade cops and exploit hundreds of miles of open road as gamers make their way up the Blacklist.

Need for Speed Most Wanted 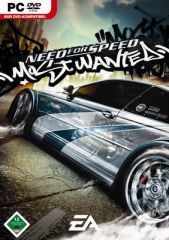