Also known as: TF2
Team Fortress 2 (TF2) is the sequel to the game that put class-based, multiplayer team warfare on the map. A long time coming, TF2 was first announced in 1998, but in the years that followed went through various concept and design changes, which left it looking less and less like the beloved original release. Luckily by the time the final version came off the presses and was bundled as part of EA’s 2007 release, The Orange Box, it had returned to something very close to the original game. 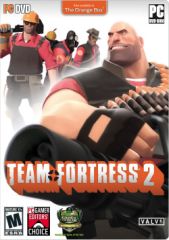