Mad Riders, developed by Techland, will see players performing amazing aerial stunts and racing at breathtaking speeds on over 45 stunning tracks from all over the world. To gain the edge on the competition, players will need to use their Boost skill wisely and take advantage of shortcuts hidden in the tracks. 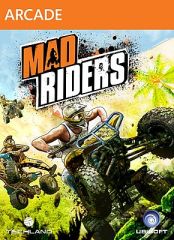