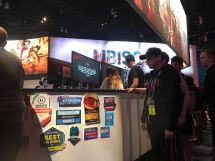 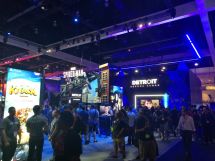 Hogwarts Legacy voice cast announced
Simon Pegg, Lesley Nicol and more are in the game
20 days ago
WWE 2K23 announced
Wrestling game returns with a showcase based on John Cena
13 days ago
Clash: Artifacts of Chaos delayed again
Action game gets pushed back, this time only by a month
13 days ago
Winter Bash DLC released for GRID Legends
Final expansion for racing game is out now
10 days ago
Minecraft Legends releases in April
Spinoff action game will be out this Spring, introduces PvP
11 days ago
Road 96: Mile 0 announced
A prequel to the adventure game will feature a musical focus
10 days ago