Profile
Camelot Software Planning is a Japanese video game developer established in 1990 under the name Sega CD4, but quickly renamed to Sonic! Software Planning. As Sonic!, they were closely involved with Sega and responsible for initial development of the Shining series. In 1995, there was a brief period where they worked for Sony Computer Entertainment in addition to creating Shining products. By 1998, now known as Camelot, they had partnered with Nintendo and created the Mario Tennis and Mario Golf series of sports games, as well as the role-playing game series Golden Sun. 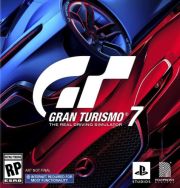 Cult of the Lamb
12 images added 3 days ago