Profile
Eden Games (known as Eden Studios until 2003) is a game development studio. In May 2002 the company was sold to the Infogrames Group. It is most well known for the Need For Speed and V-Rally series of games, as well as the 2006 release Test Drive Unlimited. Eden Games has most recently developed Alone in the Dark 5, which was released in June 2008 for the Xbox 360 and PC, and was ported to the Wii and PlayStation 2 by Hydravision. Eden last worked on the PlayStation 3 version. The company is a wholly owned subsidiary of Atari. 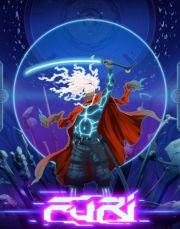 South of the Circle
8 images added 2 days ago