MAX: THE CURSE OF BROTHERHOOD
Platform: Xbox One
58
SummaryNewsArticlesVideoScreens

Max: The Curse of Brotherhood Review

Max: The Curse of Brotherhood is a somewhat unexpected new digital release for Xbox One, seeing as we are very close to the Holiday Season. But perhaps that’s part of the plan – release a light hearted puzzle/platformer with cartoonish visuals when the whole family will be at home and looking for something to play. Sadly, Max stumbles so much in its gameplay that the visual charm alone cannot make it worthwhile for most players.

One evening, upon being very annoyed by his brother, Max reads a curse that he found on the internet and his brother is kidnapped and taken to another dimension. Realizing his mistake, Max follows. Players will follow Max on his journey to rescue his brother across a variety of environments, all of them fairly cliché; from desert to forest to underground caves and lava-filled passages. The story is thin so there’s no reason to dwell on it further. Players who wish to explore and find all collectibles (which often act as an extra puzzle to reach a distant ledge) will find the game to be around 8 to 10 hours in length. 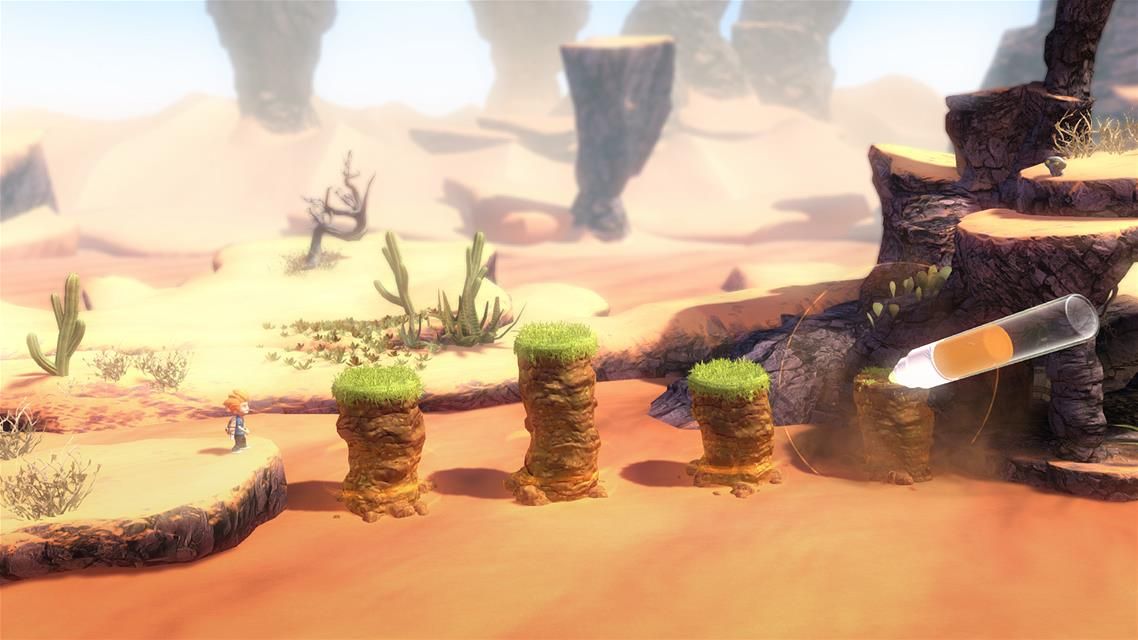 As a puzzle game, The Curse of Brotherhood is fairly engaging. You’ll often be stopped and required to solve an environmental puzzle in order to reach a ledge or make it across a gap. Many of these puzzles can be solved fairly quickly, but others will leave you stumped for a while. In order to solve the puzzles, players will need to use the game’s main unique ability – a Magic marker. This marker allows Max to create items in the world from specific points in the environment. For example, you start off being able to grow branches, which can also be cut off at the source and dragged around. The game limits where you can create these items and their length, but the player is free to draw what shape the objects will be. It’s completely free-form, so you won’t be stuck with just a few shapes like in Trine.

Progressing through the game, you’ll be able to also create vines which can be tied to the above-mentioned branches, or can manipulate water, drag objects around, and even cast fireballs. Each of these elements can only be summoned from their specific game-assigned areas, so at least you’re not required to conjure what ability must be used in what location. However, this freedom leads to many botched solutions. For example, being able to create any branch shape is in itself a puzzle, as you struggle to understand what design is required. Because physics play a vital role in some puzzles, players will be often frustrated by failed attempts to get an object into its proper place. Another layer of frustration is incurred by the inaccuracy of your marker cursor, as you try to draw shapes or direct the flow of water with precision. 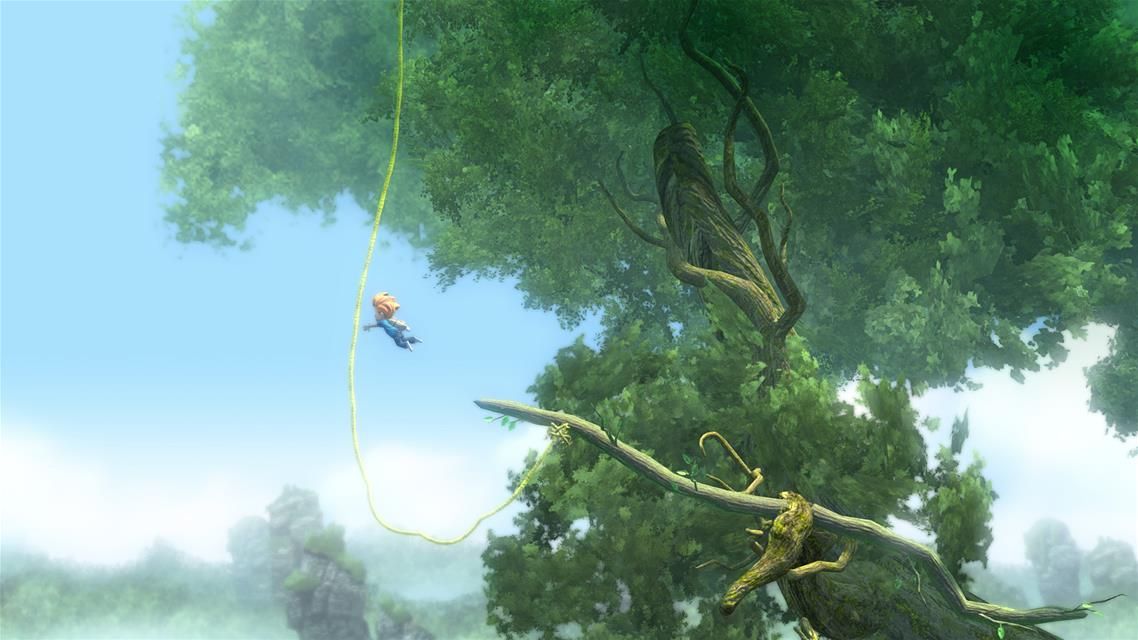 As a platformer, The Curse of Brotherhood fares even worse. The controls are very loose, leading to many missed jumps, inaccurate landings, and generally annoying deaths. To compound this problem, the game attempts to be a precision platformer. Many sequences require quick maneuvers that Max simply isn’t capable of. A few chapters offend in particular, where Max must escape whatever is chasing him from the left of the screen. Not only are you fighting the controls, the game requires you to use the marker to create objects that facilitate your escape. As mentioned, this marker is far from accurate, so you’ll have to retry these chapters over and over until you get dexterous enough.

All of this doesn’t touch on some of the generally poor level design that forces players to utilize trial and error. Again the escape sequences come to mind, as you don’t really have time to comprehend the problem presented to you and how to utilize the marker by the time the enemy has caught up. So you restart, ready to draw the item you need in the right way, and proceed a bit further, hoping to gain even a few seconds on your pursuer, who is punishingly fast. In another scenario, such as an environment collapse, the game requires Max to be quick, but at some point you must stop and allow the collapse to happen in front of you. This is a frustrating design choice to stop player momentum, as there is no way to know you can’t make it across in time on this specific section, causing yet another unnecessary death. 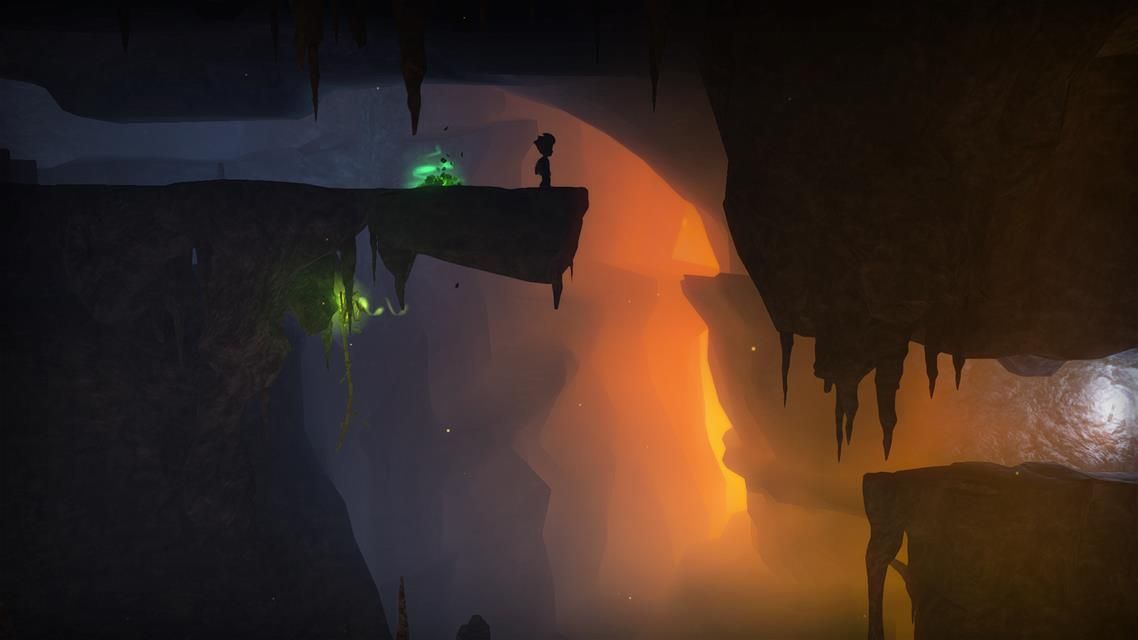 From the presentation perspective, The Curse of Brotherhood is a good looking game with a kid-friendly style and minimal dialogue. It’s not exactly pushing the Xbox One to its limits, nor does it have any Kinect functionality. The soundtrack is basic and largely forgettable. Having said all that, the game still can’t manage to hold a steady framerate. There were also a couple of occasions where Max got stuck and fell through the floor, and the game crashed altogether.

It may look like a friendly puzzle/platformer, perhaps similar to Adventures of Tintin or Trine, but The Curse of Brotherhood is of a deceiving nature. The game controls poorly, and is already quite challenging to begin with, with further frustrations arising from questionable physics. The Xbox One has found solid footing with its major retail launch titles, but the downloadable offerings are struggling. Max: The Curse of Brotherhood is not going to change that trend.

Our ratings for Max: The Curse of Brotherhood on Xbox One out of 100 (Ratings FAQ)
Presentation
75
The art style is very kid-friendly. Otherwise, unremarkable visuals and sound design.
Gameplay
40
Frustrating controls for platforming, and even worse for the Magic marker that is supposed to tie the experience together. Lack of precision and tight timing means this is an annoyingly challenging game.
Single Player
61
The story is of decent length, but has no replay value. Collectibles add some desire for exploration. Many levels highlight the problems with poor controls or bad design and require to be repeated over and over.
Multiplayer
NR
None
Performance
68
Occasional framerate dips, physics oddities, and even a complete crash.
Overall
58
All-around frustrating controls, irregular physics and unfriendly level design make Max: The Curse of Brotherhood another misstep in the Xbox One digital launch library.

Max: The Curse of Brotherhood 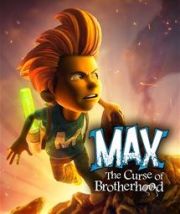