An enjoyable zombie romp that suffers from some technical issues

If you want help in the zombie killing department, you can play the online cooperative mode. This seems to be the suggested way to play, given the selection screen lists the single player at the very bottom. When selecting cooperative play, the game will try to match you with players who share a similar playstyle, but it doesn’t really do anything to improve the game. In my experience with the multiplayer, players join the game and immediately start doing their own thing, seemingly uninterested in working together. I overhead one of my cooperative teammates saying they were simply using my advanced place in the game to quickly level up. There is no reason to play cooperatively. With no clear incentive to join forces, players seem to pass through each other’s games completely uninterested in interacting. Instead of helping you out, playing cooperatively can prevent certain actions from happening as the game requires both players to hit certain checkmarks before progressing. In the end, so little is gained by playing co-op, it makes more sense to lock people out and enjoy the single player. 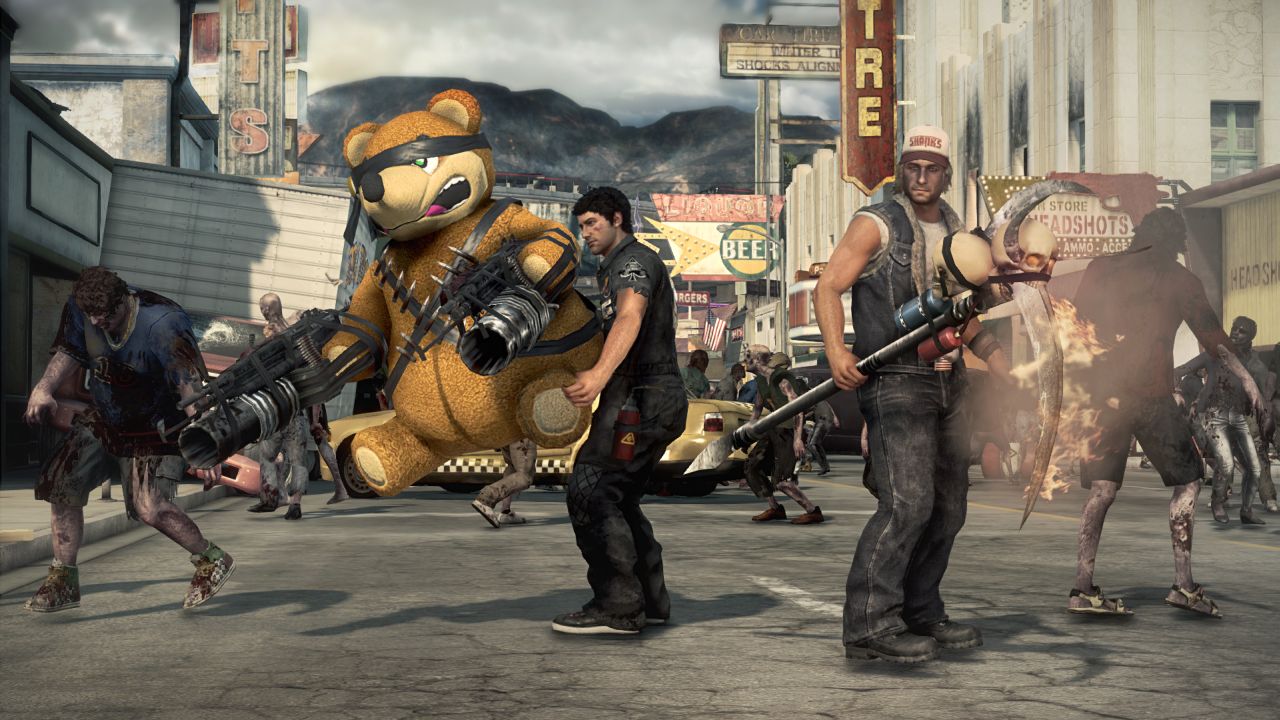 Further hindering the experience of Dead Rising 3 are the technical aspects. The game has passed on amazing graphics, in favor pouring zombies onto your screen. Seeing these massive hordes moving, all with independent animation and AI is incredibly impressive and worth the graphical downgrade. For the most part, the game has also addressed the frame rate drops that plagued early demos. That being said, technical issues are still present, the most annoying of which are the bugs that prevent you from progressing. About halfway through the game, one such bug removed a character that I needed to speak to in order to progress. I tried completing side missions, reloading saves, and quitting the game. It was not until I turned off my Xbox One and turned it on again that the character finally reappeared. There were numerous other technical problems during my time with Dead Rising 3.

More issues involve the game’s uses of the Kinect 2.0. Dead Rising 3 has a limited set of functions for the device, mostly utilizing the voice functionality to command following survivors. Unfortunately, these commands can be interpreted when you simply have people in the room. Numerous times people would be talking to me and suddenly the game would give a command to someone following me. This functionality is a nice thought, but without the Kinect being able to distinguish voices, it can misfire. Another imperfect use of the technology is when you try to knock zombies off of your vehicles and yourself. When zombies latch on to you, you are prompted by the screen to shake your controller. With, literally, thousands of zombies flooding your screen, getting grabbed is pretty commonplace. The problem is if you are leaning back on your couch or bed, your controller will not sync up with the Kinect, thus your shakes of the controller are not read correctly. At other times, it will ask you to press “B” or “X”. You never know if the controller is registering Kinect or not, so you are left shaking the controller when you should be pressing a button, or vice versa. It shows that while Kinect can be a great peripheral to use for games, it is still very much a work in progress. 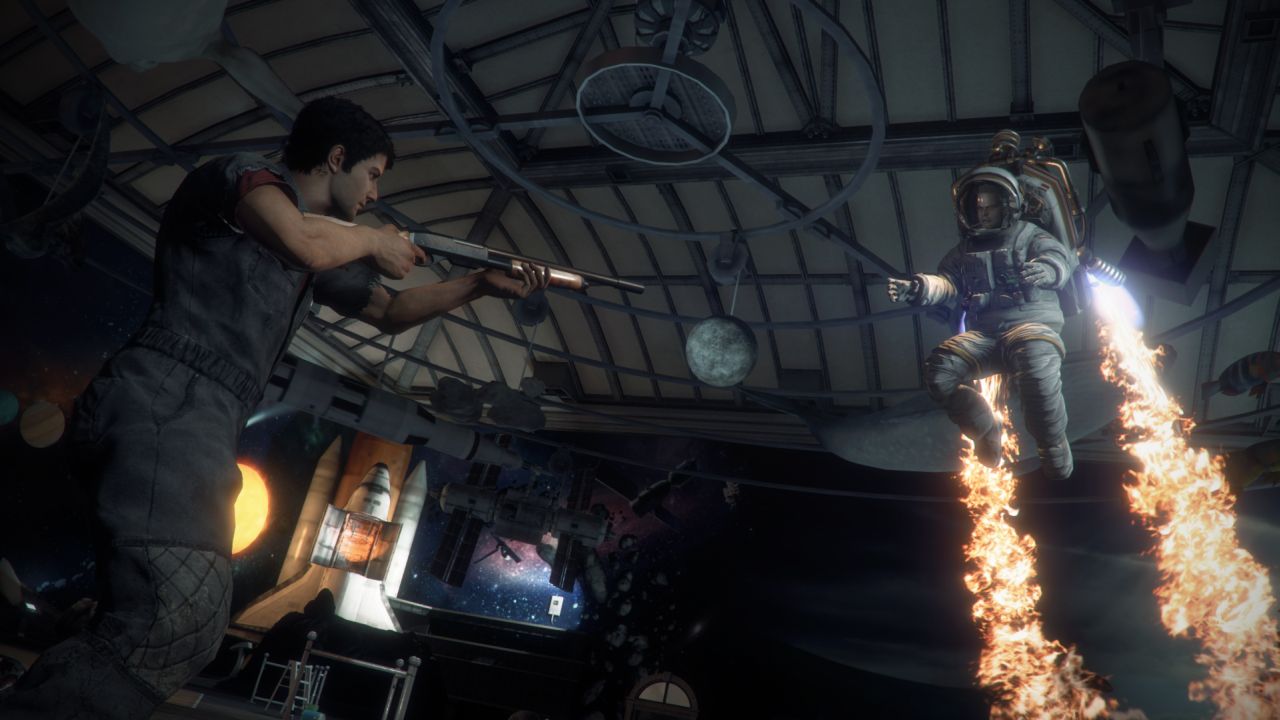 While dealing with these bugs is not fun, killing zombies is, and if you are a fan the undead you may not need a narrative reason to push yourself forward. What kills the experience is that Dead Rising 3 allows you to play through the game so mindlessly, that the whole experience becomes rote long before you reach the end. Dead Rising 3’s core experience is solid, especially as you craft ridiculous weapons and vehicles. The problem is that once you get past the core mechanics, everything else in Dead Rising 3 is uneven at best. The cooperative mode lack incentive, the layout of the large map makes you retread the same roads too often, and the whole experience lacks any real challenge. These issues and the technical missteps hold Dead Rising 3 back from being a must-have game on the Xbox One.

Prev12
Our ratings for Dead Rising 3 on Xbox One out of 100 (Ratings FAQ)
Presentation
81
It is a different feel for the Dead Rising series, with murky colors and darker world. That being said, the new look isn’t bad and the sights and sounds of the Dead Rising series is very much alive.
Gameplay
81
The map may be boring, the game may be too easy, but creating new weapons and vehicles is still a blast. Killing thousands of zombies and watching your level rise is fun and rewarding.
Single Player
78
Love it or hate it, Dead Rising 3 isn’t taking itself too seriously. While there are complaints about the difficulty, it is nice to be rid of the crafting tables and stressful clock.
Multiplayer
62
For the most part, playing cooperatively works, and if you found someone actually interested in helping your progression it might be a good time. Unfortunately, it’s likely you run into a series of frustrating experiences and simply turn it off.
Performance
67
Bugs that make characters disappear and block progression is very frustrating and there a still a few frame rate issues. Thankfully, there is some redemption when seeing hundreds, if not thousands, of zombies terrorizing your screen.
Overall
75
Dead Rising 3 is an uneven title, one that has too many bugs to ignore. The core of the gameplay is strong, for fans of the combo making series or even fans of zombies, there is plenty to enjoy. If you don’t fall into the aforementioned categories, you might want to look elsewhere. 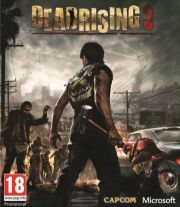