Welcome to the Soul Cloud. You are not welcome here.

After considerable deliberation, I have decided that the most upsetting thing about Master Reboot is the way it has rudely disrupted several of my favourite blanket statements. In recent years it's been ruddy difficult to get your hands on a decent survival horror game that wasn't just a regular action game with excess ketchup and flickery lights, but I always had the opportunity to point at things like Amnesia, Outlast or some of the better Slender derivatives and explain that great survival horror hasn't disappeared at all, just moved onto indie pastures. Now, however, that statement has to lug around a troublesome cancerous asterisk, dripping cliché like congealed pus and murmuring, ever so quietly, of jump scares and arbitrary puzzles. Oh dear, did that give it away a bit too early? 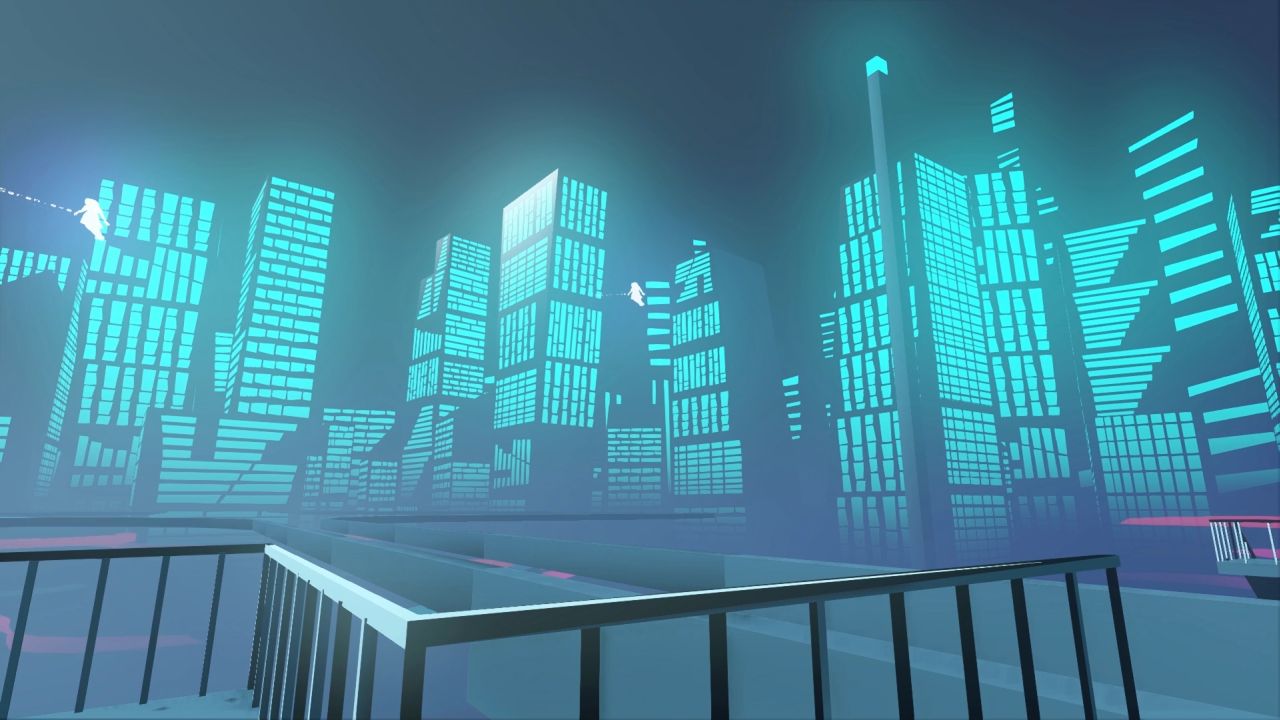 Still, the central premise of Master Reboot – a first-person psychological horror adventure game, like the kind we like – is intriguing if nothing else. Falling somewhere in the middle of a big science-fiction triangle whose three points are defined by Remember Me, Dreamweb and The Matrix, the world of Master Reboot is dominated by a technology known as the Soul Cloud, a sort of global network composed out of the collective digitised memories of human beings who presumably checked the right boxes when they installed their favourite search toolbar. When users die, their personalities are uploaded into the Soul Cloud so that they may continue to exist and relive the least cringe-worthy moments of their lives for all eternity. Oh yes, and they can continue to be visited by their friends and family via methods that are never entirely made clear. Overall it's a nice concept rich with potential philosophical conundrums to dig up, which is why it's so bemusing that Master Reboot seems so eager to hurry past them, its collar turned up and its hat pulled down over its face. Not every game needs to ask the big questions, but having such an extensive framing device for what turns out to be a rather small, personal tale feels like setting the theatre up for a rehearsal of Macbeth only to find the janitor's nephew standing on the stage practising his public speaking assignment.

Annoyingly, that small personal story I alluded to doesn't seem particularly interested in actually involving the player, casting them as the standard faceless nameless protagonist and never really expanding beyond that. Questions like who you are, what your goal is, and what you're actually achieving are just sort of skimmed over in favour of focussing on an entirely different character. Most of the game is spent traversing the memories of a young woman – one who will remain unnamed for spoiler purposes – and generally piecing together what happened to her by visiting key moments in her life, from cradle to grave. However, all is not well in this land, and after a misdiagnosis by the local security system, it transpires that you are being pursued by an anti-virus measure known as Seren.exe, which takes the form of the same girl from The Ring and F.E.A.R and every half-hearted piece of horror media piggybacking off their success. The exact reason for why Seren takes this form, as well as what it actually plans to do with you, is also handily glossed over, but it does give context to your actions: you are a speck in the system, an imperfection in a virtual structure to be wiped out by a soulless subroutine. It has to be said that as a player I felt quite dishearteningly left out of the main scheme of things. Are you absolutely sure I need to be here, Master Reboot? I mean, I can see you really want to tell me this story, but I'd like to be involved in it in some capacity beyond just being ferried through your levels. Why should I even care about this person? Can I fill in the blanks? 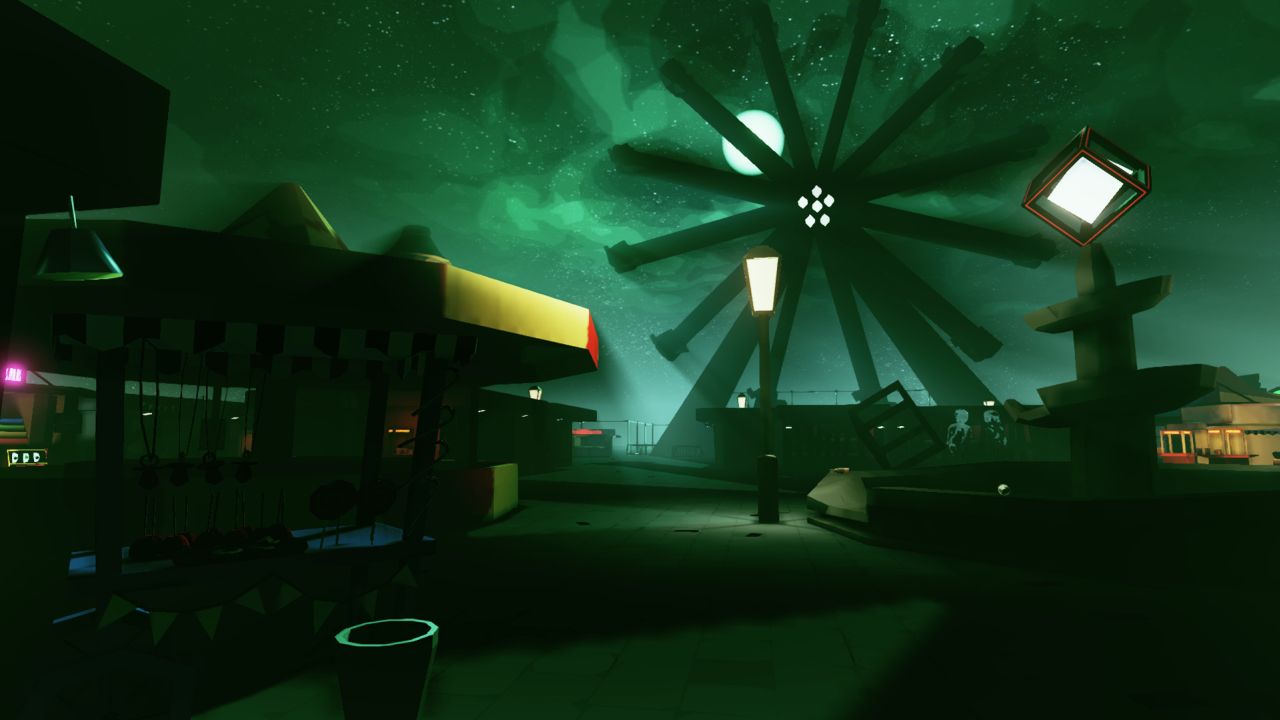 To be honest, the storytelling overall is more impenetrable than a copy of Primer being played at the bottom of a well. Locating neon-blue rubber ducks – no, I don't know why they decided on neon-blue rubber ducks – inside the memories will conjure up a related document, scrap of paper or picture that helps to build a general picture of why each memory is significant, but it's a seriously shaky move when you step back and consider it. This game is relying on a scavenger hunt mechanic to deliver important plot points to the player, so either it's happy for you to miss half the cues or it's completely confident in your dedication to the act of searching through every nook and cranny for arbitrary trinkets. Cutscenes generally get played at the end of each memory as well, though their effectiveness at explaining what's going on is, again, limited. You'll probably end up in the dark either way, so my advice is to skip the whole thing and try to concentrate on the gameplay.

Here is where that elaborate framing device I mentioned actually starts being useful. Being trapped on a server full of somebody's fragmented memories gives Master Reboot the license to get a bit abstract with its environments and gameplay rules, letting it set levels on, say, a passenger jet, or a sand bar, without any need to logically connect them. Sure, it's a cop-out – one step above playing the 'it was all a dream' card – but it's a good cop-out, the sort that the game avoids drawing attention to. I suspended my disbelief appropriately and, for a while, was happy to see the game break out of the usual predictable cycle of horror game environments. It's just a shame that my entertainment was being spoiled by the presence of an annoying child with a penchant for jumping suddenly out at me. 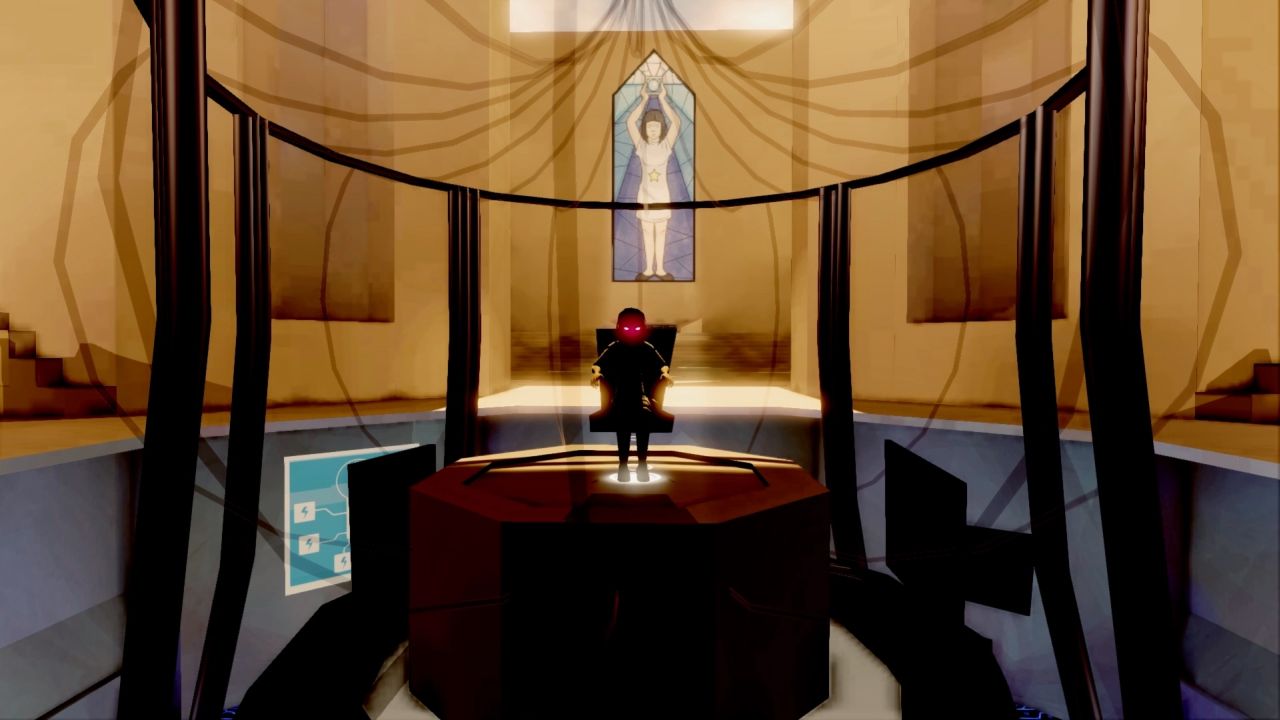 Yes, every now and then Master Reboot remembers that it's trying to be a horror game and consequentially sends Seren after you in a variety of scripted sequences, but the level of subtlety involved in hammering them into place is equivalent to being beaten over the head with a stoplight by a fourth-tier Batman villain. It's disappointing, really, because Master Reboot has a grasp, albeit a shaky one, on what it means to be a horror game: it understands the value of pacing and atmosphere, the need to space out scares and such, but the implementation can get so ham-fisted as to become almost laughable. I quickly learned to sigh with defeat every time I encountered a darkened corridor or a cupboard large enough to accommodate a human being, knowing that I was in for another trite encounter with Her Spookyship. Why, hello again. Yes, I would love to indulge in staving you off with another button-mashing sequence. 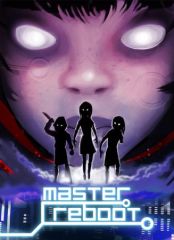