Batman returns, but he hasn't changed much

Having a new developer take over a successful franchise can sometimes breathe some life into the series. We’ve seen reimaginings of Devil May Cry and Tomb Raider over the last year, and each of them became the most critically acclaimed game in their respective franchises for some time. But of course, it’s not always smooth sailing. Here we have Batman Arkham Origins, with Warner Bros. Montreal taking over the reigns from Rocksteady. It’s not a bad game by a long shot, but with such excellent games preceding it, the overall product of this one is a little disappointing. 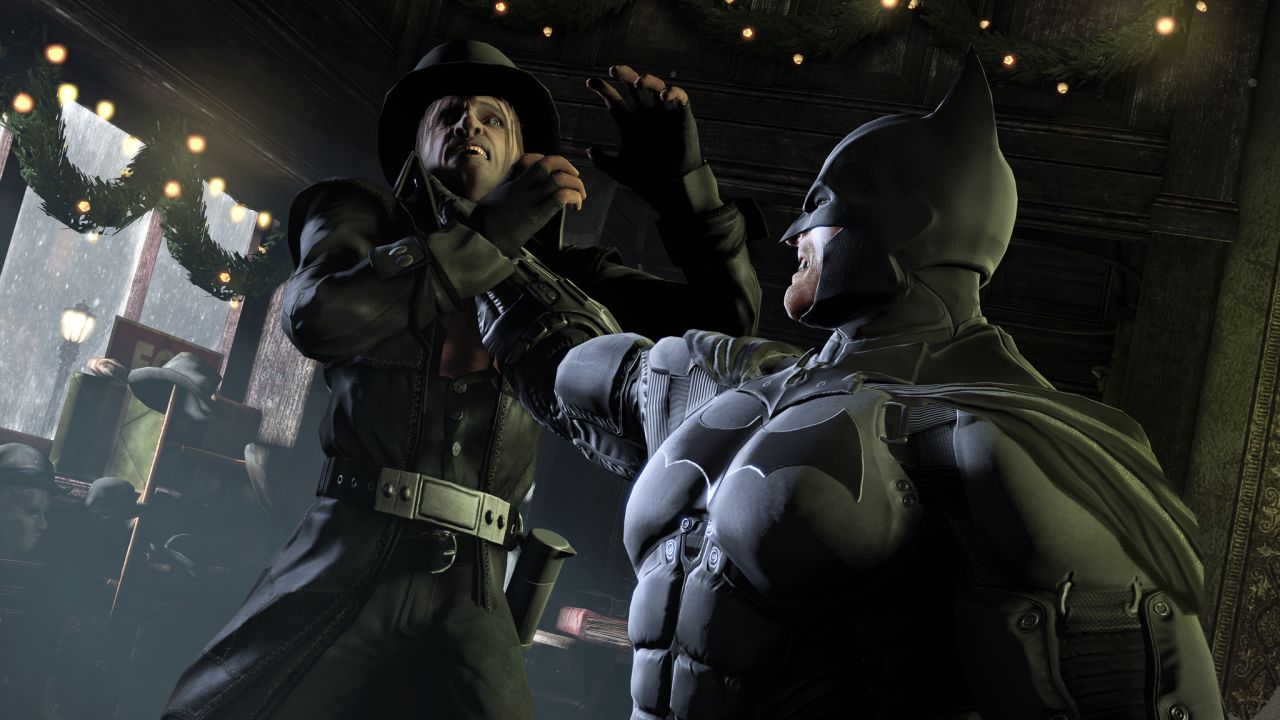 That said, Origins still contains one of the best melee combat systems outside of an actual fighting game. The button taps to counter incoming attacks make you feel strong, but stop short of making you overpowered, and the myriad abilities you have thanks to you your equipment keeps things interesting throughout the game. But herein lies one of my problems with the title. I went into the game expecting Batman’s origin story, perhaps going through his parents’ death, the subsequent training, and so on. However at the start of the game, Bruce Wayne (sorry for spoilers) has already been the Batman for two years. He even has his flying Batmobile for goodness sakes! The only thing to suggest that this takes place before the events of Asylum and City are encounters with regular villains of the fiction that Bats has never heard of before. The Joker? Who’s that?

It’s good to see that the creators have realised that despite all of the decent enemies that can be lined up for Batman to knock down, it’s always The Joker that will bring in the crowds. We get a few tidbits of backstory and some insight into the way the two characters interact with each other, but it isn’t long before he reverts back to exactly the way he acts in the two games that came before this one. Mark Hamill has stepped down from the role this time, but his shoes have been filled by the ubiquitous Troy Baker, and to be honest, had I not known before hand, I may never have known the difference. Indeed, the voice of Batman himself has changed, and I wasn’t any the wiser. The story revolves around The Joker putting a $50 million bounty on Batman’s head, and inviting eight of the best assassins around to have a go. We see series stalwarts like Bane and Killer Croc try and collect it, as well as new (old?) faces like Deathstroke. After that story arc runs its course though, it devolves into an ill described plot for The Joker to blow up some indeterminate buildings for no reason, which is of course up to you to stop. 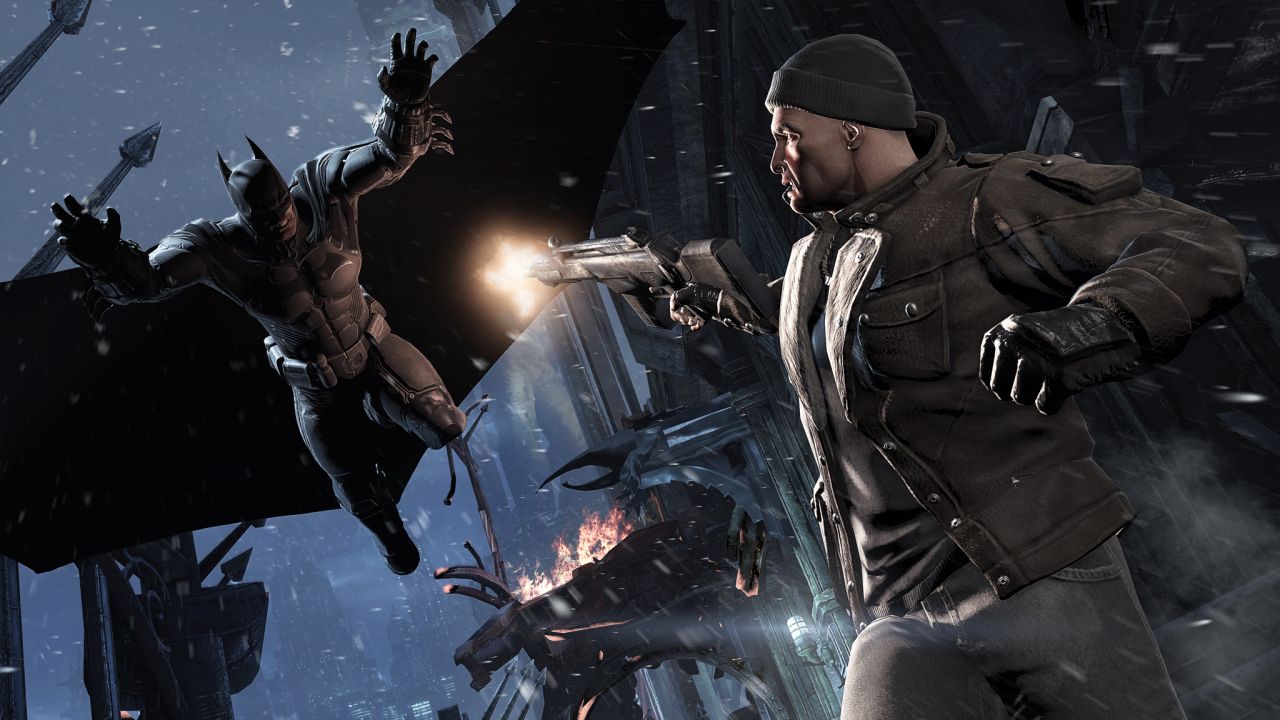 There just haven’t been enough changes to any aspect of the way the game works, and it just comes off seeming lazy. There are a couple of new additions, such as some shock gloves taken off The Electrocutioner early in the game, which charge up over the course of a battle to finally unleash some devastating blows. But most everything else stays exactly the same. The city has a bit of a changed layout, but the aesthetic remains much the same. I thought that part of the city being cordoned off to act as a prison in Arkham City was a pretty good reason behind the streets being filled with criminals and no civilians. Here though, the reason why no one is out and about (on Christmas Eve no less), is that there’s a “storm”. Which apparently doesn’t knock Batman off his course at all when gliding around, so I don’t really see the problem. Getting around the city this time round is a bit easier thanks to some fast travel options, most of which are limited until you disable the jamming device attached to each one. Everything still looks great, with that unmistakable ‘Arkham sheen’, but I did encounter some odd frame rate issues occasionally. Plus whenever Batman put his finger to his ear to talk to Alfred, his cape quivered annoyingly. Now I’ve pointed it out, you won’t be able to ignore it, you’re welcome.

Speaking of the city brings me to the side activities, of which there are many, once again. And once again, I didn’t find any of them to be particularly engaging. I barely touched The Riddler’s quests, I dabbled in some Anarky and Deadshot, and completed one or two of The Penguin’s missions. I just felt I’d seen it all before. There is a fairly interesting detective mode addition, which has you reconstructing crime scenes. While this looks cool, the novelty wears off after a while, especially as you are only really performing the button prompts the game is telling you to and looking for visual cues, rather than doing any actual detective work. Beyond that, the gameplay is the same. Side missions take place out in the open world, while story missions are confined to indoor locations, where you can make full use of vents and handy gargoyles to defeat unsuspecting enemies. 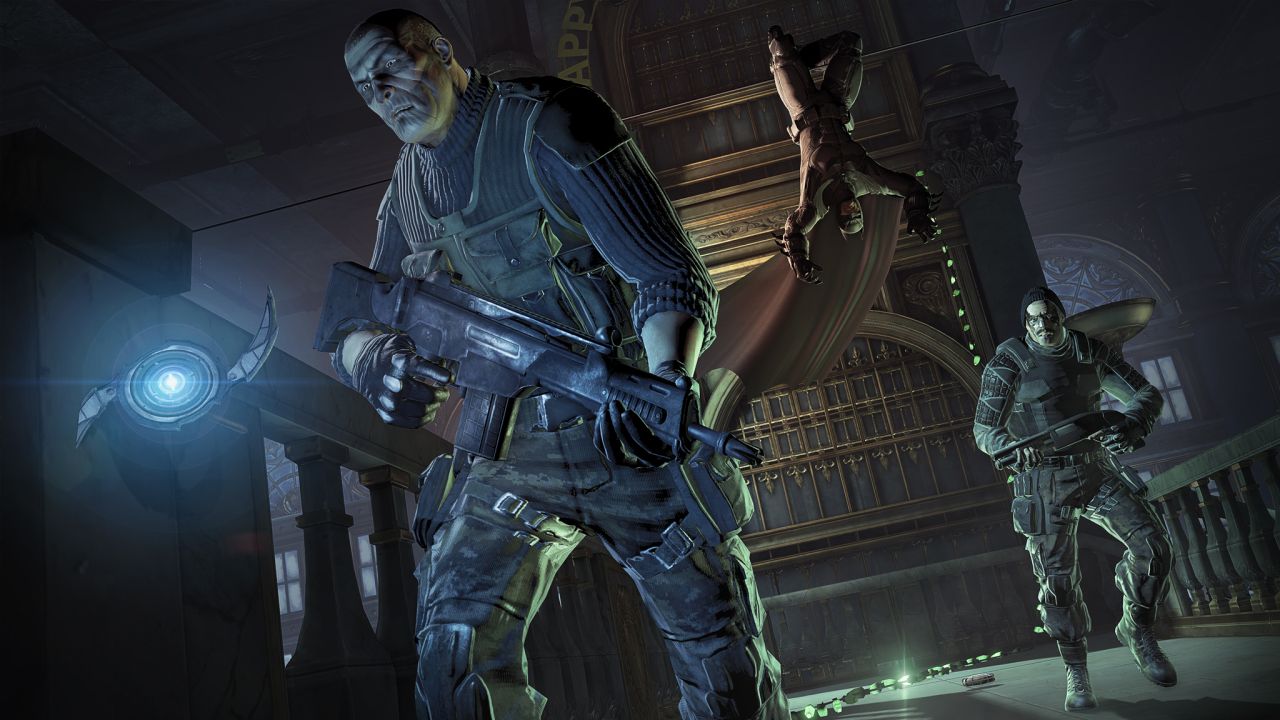 One completely new addition is the multiplayer. In my view, a completely unnecessary complement to the single player, but it is here nonetheless. You get an average third person shooter, with a little catch that certain players can take on the roles of heroes, like Batman or Robin, or villains, like The Joker or Bane. It makes for some interesting situations where you have to be constantly watching your back for fear of being snuck up on by a shadowy figure. But the moments where someone on your team shouts out “We’ve killed the Batman!”, only for him to reappear a minute later takes you out of the experience somewhat.

As I said at the start, this is by no means a bad game. If you’re a Batman junkie, then Arkham Origins is certainly worth a purchase. Those wanting an excellent follow up to Arkham Asylum and City will be left disappointed though. You will have fun while playing, but not enough has been changed or improved upon to make this a memorable experience.

Our ratings for Batman: Arkham Origins on PC out of 100 (Ratings FAQ)
Presentation
83
Everything still looks and sounds undeniably Batman-esque, but there are a few frame rate hiccups here and there.
Gameplay
78
It’s still fun to play, but everything feels far too similar to previous games, and just lacks the overall polish that Rocksteady brought to its predecessors.
Single Player
70
All of your favourite Batman villains return (with a few exceptions). The story goes some weird places and lacks cohesion towards the end.
Multiplayer
60
An average third person shooter at best, with some hero mechanics that don’t do enough to make it interesting.
Performance
(Show PC Specs)
CPU: Intel i5-3470 @ 3.2GHz
GPU: AMD Radeon HD 7800
RAM: 8GB RAM
OS: Windows 8 Professional

80
Everything ran fine barring the occasional frame rate issue.
Overall
75
This is simply another Batman game. Arkham City took Asylum and added the open world. Origins attempts to tell the story of Batman’s beginnings, but all it does is try to build on the success of previous games with little effort. 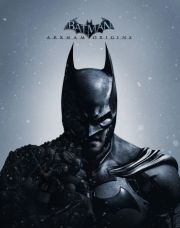