Amnesia: A Machine for Pigs Review

There’s a special art to mixing things together. We all doff our hats at whatever brave young person first stumbled on the idea of putting chocolate and peanut butter together. In the industries, we occasionally get the thrill of seeing creators build powerhouse partnerships in the same way, like Neil Gaiman and Terry Pratchett teaming up for Good Omens. So it was with great excitement that I first heard about two of my favorite video game creators teaming up on a project together: Frictional Games (The Penumbra Series, Amnesia: The Dark Descent) and thechineseroom (Dear Esther).

A Machine for Pigs starts off following closely in the footsteps of its predecessor, in a first-person adventure mode with only basic object manipulation available. You play the role of the wealth Londoner Oswald Mandus, who awakens in his empty house with no memory of the past few months. A short exploration of the mansion fills Mandus with the need to find his two missing sons, and a mysterious voice on the telephone tells him that they are being held captive deep beneath the home. 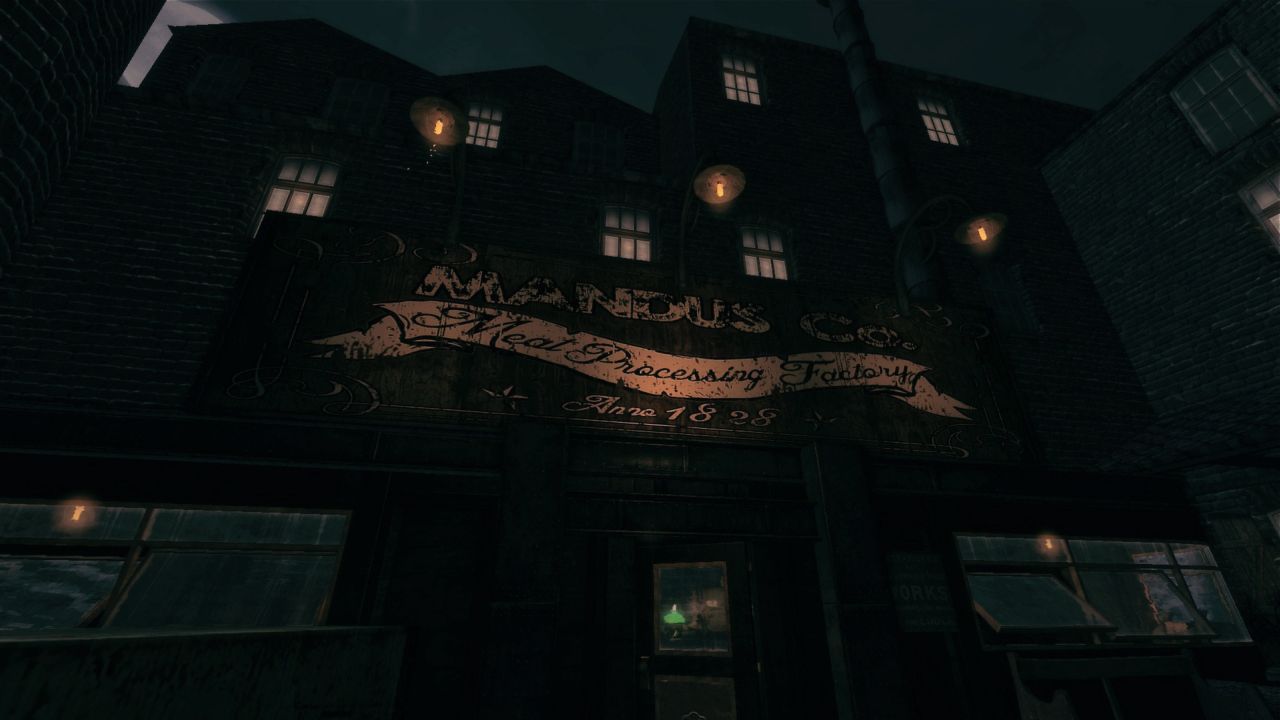 As far as exploration and visual appeal go, A Machine for Pigs is a solid success. The sheer variety of settings alone is intriguing: wealthy upper-class residences, dingy backstreet alleys, ominous rustic churches, creaking slaughterhouses. Each of these locations is lovingly rendered and is a pleasure to explore. Taking a bold and refreshing departure from the locations of the first Amnesia, this title avoids simply falling back on the old world castle feel and instead replaces it with a steampunk-horror mashup. It feels more Lovecraftian than even the Lovecraft games, and it’s impressive to find just how horrific the giant pistons and engine rooms can be, even when compared to the dank hallways of The Dark Descent. It’s a different kind of horror: a horror based in a world where science is ominous and uncanny, and where the rise of industry is truly captured in a terrible sense of the unfeeling, unthinking ‘Machine’.

In the same vein, the music and sound of A Machine For Pigs also represents a bold step forward for the franchise. The soundtrack has a greater variety of styles and sounds, and whereas in the original game the standard ‘monster-chasing’ music was always the same, in Machine for Pigs the tense moments are each given their distinct musical styles. Likewise the soundscape itself, which is so vital to the horror genre, has been expanded wonderfully, even going so far as to use the recorded screams of the franchise’s fans, sent in as a publicity event during development. 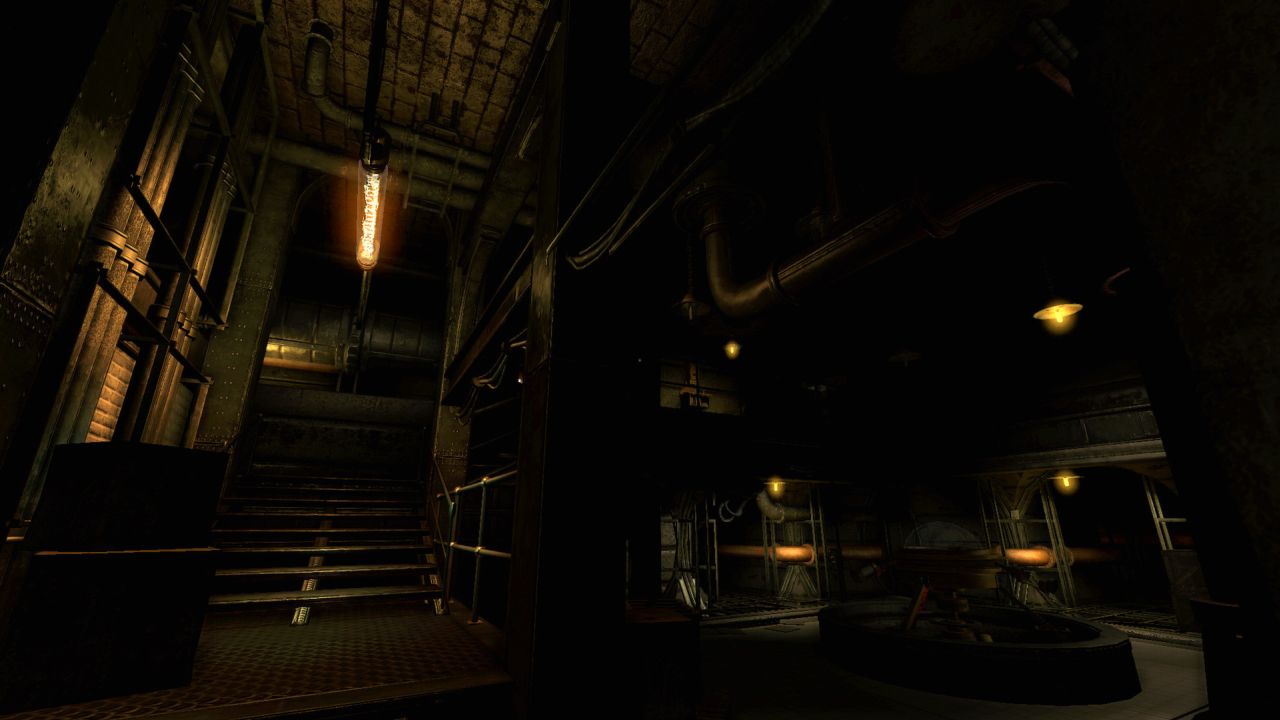 Unfortunately, the new level of aesthetic detail and design has come at a harsh price: most of the core gameplay elements have been entirely stripped from the title. There is no health tracking, no sanity meter, and no inventory. Your lamp never runs out of oil, and lights no longer require tinderboxes. The decision to cut these key parts of the game was a risky one… and it simply doesn’t feel like it paid off at all. The original idea may have been to encourage the player to stay in-the-scene, to have a more organic and less game-like experience. While it’s true that this minimizing does serve to keep the focus on the environment and surrounding visuals, there’s an enormous loss to the experience that the original mechanics provided. In The Dark Descent, light was necessary for maintaining your sanity, giving the player a gameplay motivation that mirrored classic psychological responses: you always wanted to stand in the light. The need for light drove the need for oil and tinderboxes, and the scarce supplies emphasized the ‘survival’ aspect of survival horror. Then again, The Dark Descent also had a sweet package of gameplay mechanics that deliberately played off your fear: looking directly at a monster would drain your sanity, as would staying in the dark for too long, but crouching and hiding would decrease your chances of being spotted. These mechanics were only vaguely defined in The Dark Descent, but they were vital in maintaining the feeling of anxiety, fear, and survivalism. In A Machine for Pigs, the only possible gameplay choice you can make with respect to the monsters is simply turning your lamp on or off.

During the game’s development, Frictional Games explained that they had altered the behaviour of the monsters in order to keep players from getting too accustomed to its actions. It comes at a surprise that the monsters this time around actually seem less threatening, and it’s amazing just how much has been lost. Anybody who played The Dark Descent remembers the water level, where you had to carefully stand on box islands to avoid the unseen terror under the surface, or distract the monster by throwing meat, or use obstacles to slow the monster down. In A Machine for Pigs, there’s none of this subtlety: the only way to escape the water monster is just to run fast. Then again, in The Dark Descent, the walking horror-monster had a variety of counters. You could hide from it inside closets, or close doors in its path and block them with supplies, or distract it to pull it away from a guarded doorway. Here again, there’s only one way to deal with the monsters: run fast. The lack of interaction sadly drains the experience of tension, and robs the game of those exciting moments that were clear hallmarks of the first. 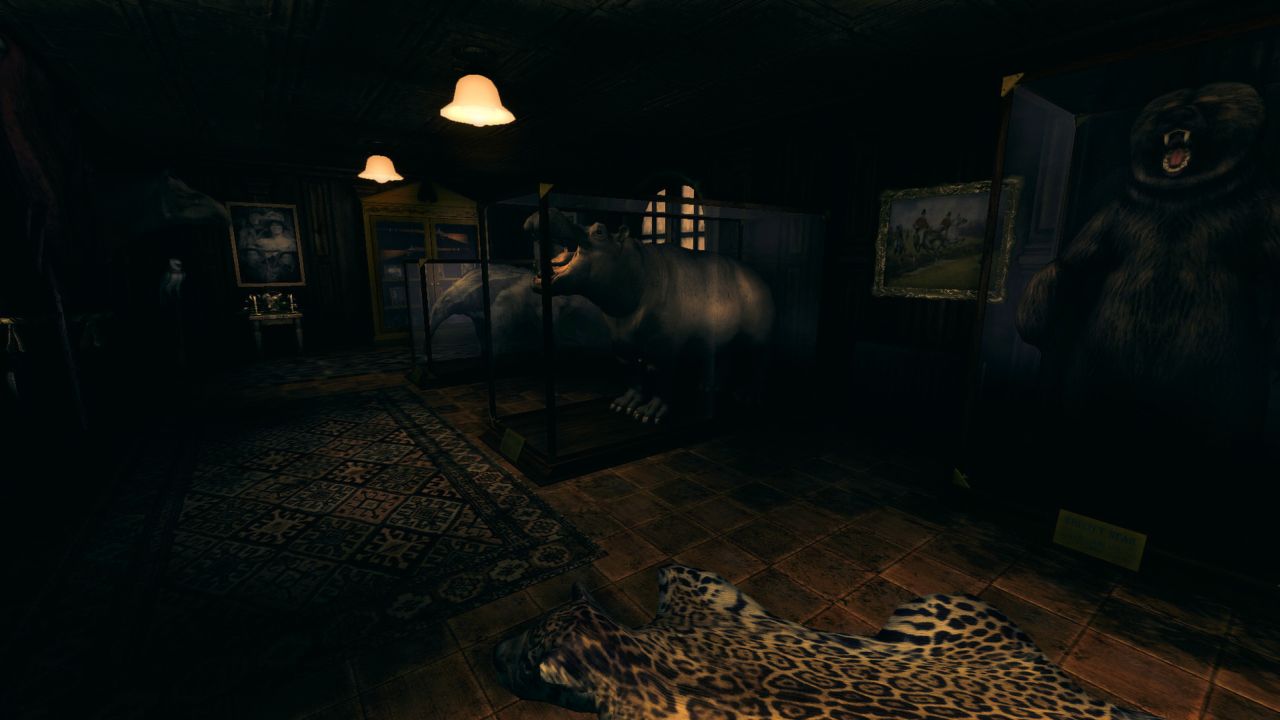 The story in A Machine for Pigs isn’t quite as nicely tied together as in the original game. As a classic example, in The Dark Descent, Daniel’s amnesia isn’t simply a gimmick to get the player started off right in the game. It plays an integral part in the story, and is based on one of the narrative’s mechanics: Daniel deliberately drank the forgetfulness potion in order to escape from his own guilt and allow himself the courage to fight against his enemy. In A Machine for Pigs, on the other hand, Mandus simply wakes up one day, having conveniently forgotten every detail of his own life. There’s another comparison in the fact that your surroundings occasionally quake and tremble around you. In The Dark Descent, this was because a mysterious and dark entity was attacking the castle, intent on killing you, and each shudder served as a reminder that something monstrously evil was chasing after you. In this title, you also experience those earthquakes - but then you find a note explaining that there is some blasting taking place to clean out the flooding. So instead of the shudders representing your impending doom at the hands of a demonic force, it simply means there’s construction going on.

The overall result is that Amnesia: A Machine for Pigs certainly looks for all the world like a step up for the franchise, but it doesn’t feel like it.

Our ratings for Amnesia: A Machine for Pigs on PC out of 100 (Ratings FAQ)
Presentation
91
thechineseroom has pulled off the unique and challenge aesthetic with flying colors. You’ll never look at a factory again without shuddering.
Gameplay
61
Interaction has been stripped down to and minimum, and the loss is tremendous. Even with good intentions, the decision to erase the basic gameplay has resulted in a horror title that lacks almost all the punch of its predecessor.
Single Player
68
Writing, scenery, and music are excellent, but the basic story isn’t quite so well knit together, and experience isn’t nicely crafted around the horrific elements.
Multiplayer
NR
None
Performance
80
For a game that looks so good, it runs surprisingly smooth and provides lovely visual detail.
Overall
68
A Machine For Pigs represents a wonderful boost in visuals and sound for the franchise, but the loss of the horror game mechanics deals an almost fatal blow. It’s a pretty game, and occasionally even a scary game, but it's almost never a horrifying game.

Amnesia: A Machine for Pigs 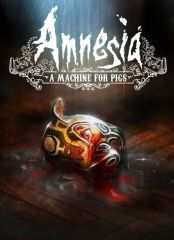 All videos for Amnesia: A Machine for Pigs (2)
Advertisement ▼