Control a horde of superheroes and draw your own weapons

In an industry dominated by the umpteenth entries into traditional, familiar franchises, it’s always exciting to see a major studio put faith into a new IP. So as you can imagine, I was eager to try out the PAX demo for Nintendo’s upcoming The Wonderful 101. 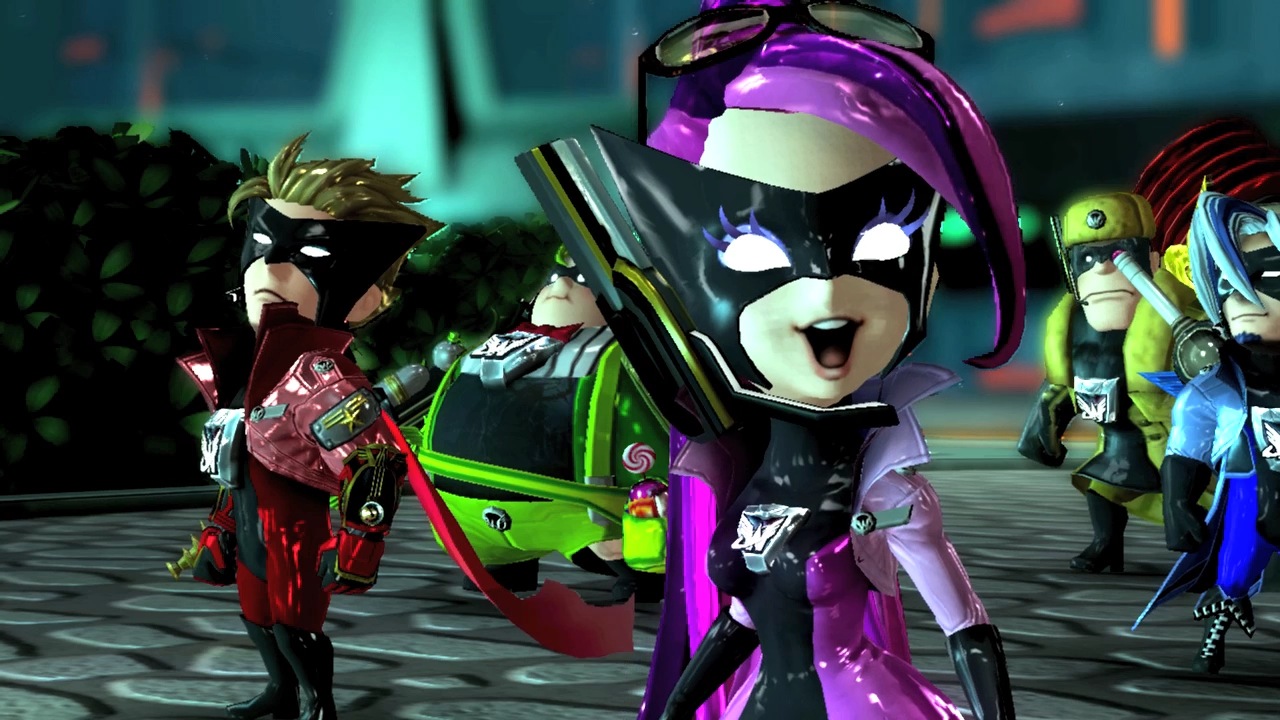 The first point that was unique in the game was basic group control. In The Wonderful 101, you play as an entire mass of heroes and volunteer citizens. After a little fiddling you can figure out that there’s one central hero, our fearless leader, with all your other heroes excitedly clustering around him. This friendly bunch of overly-attached followers is simultaneously your weapon and your life bar. As you walk through the urban levels, you can recruit otherwise scattered and fearful citizens by encircling them with your group: it looks for all the world like a superpowered group hug. Wonderful 101’s cotton-candy and polished-plastic aesthetic did a great job of giving an energizing, childlike playful feel to the game.

Using the right analogue stick lets you draw figures with your crowd, directing them towards powerups or other collectibles, but more importantly, allowing you to form weapons. Drawing a shape and tapping the A button ‘bands’ your group to form a giant weapon: a straight line for a sword, a bent shape for a pistol, and a tight circle for the Great Red Powerfist of Doom. Even during the short demo that I played through, each weapon had a distinct usefulness: the gun gave you range, the fist let you manipulate in-game dials, and the sword was perfect for sweeping through large crowds of enemy minions. Switching from weapon to weapon was a little trickier than you’re used to for an action title, since you must first disband from your currently selected weapon before drawing a new figure. This added a nice layer of choice to the game: since switching weapons took a bit of focus, I had to wait for a breather during the bigger battles, or blow away enough space to draw the figure I needed. 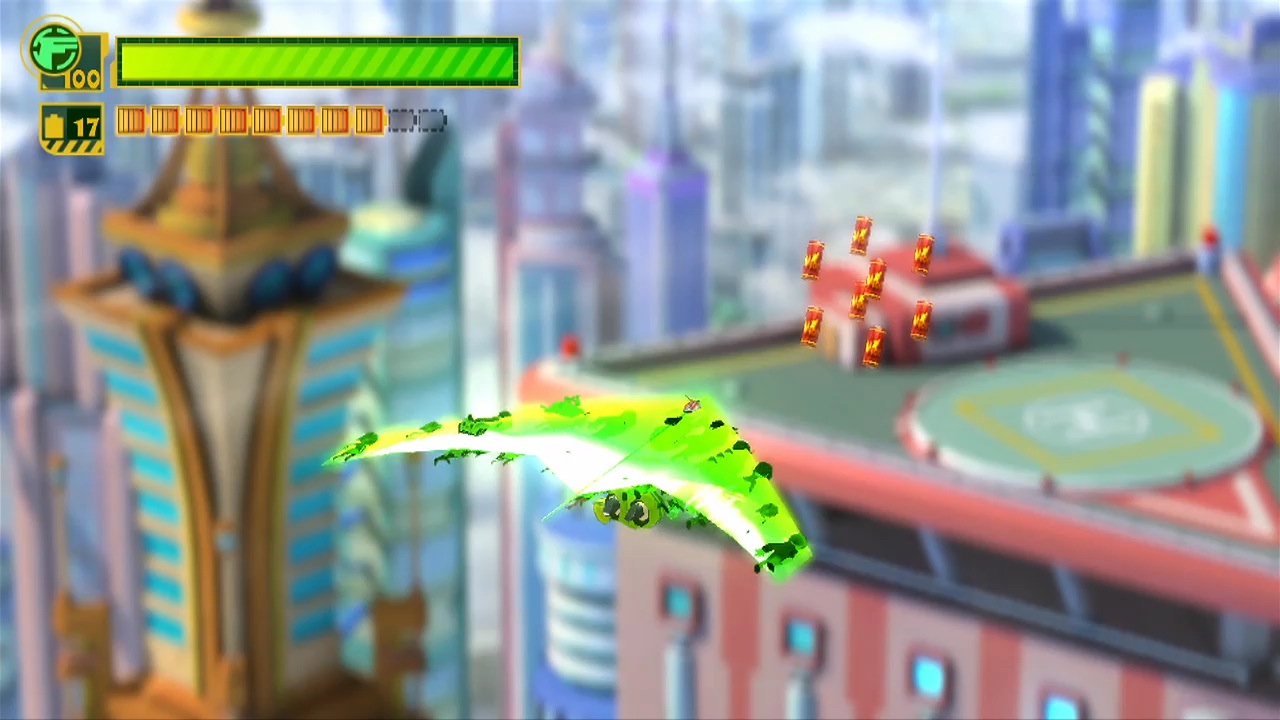 There are also a few utility moves that can’t be performed while ‘in weapon mode’, meaning that I had to carefully decide when I would drop my guard to, say, jump to a particular area, or pick up some nearby energizing batteries. The Wii-U pad played a prominent role in most of this gameplay, and you can tell that this game was designed in part to show off the new capabilities. Walking your intrepid group of heroes into buildings switches the view down to the handheld screen, and in one puzzle you had to manipulate controls inside the building (via the controller screen) while watching the effects outside (via the main screen). The controller touchscreen can also be used to draw the figure needed for banding, which can have its uses when you need delicate control over the draw function.

The demo for The Wonderful 101 was sadly over too quickly, but it boded well for the future of the game, and it’s exciting to see how the finished product will play when it hits the shelves this month. 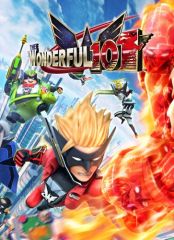 All videos for The Wonderful 101 (2)
Advertisement ▼