It seems that with each release in the Saints Row series, Volition has endeavored to increase the level of insanity exponentially. The games largely benefited from this craziness, with 2011's excellent Saints Row the Third carving out a firm identity for the franchise with a totally over the top yet hilarious and creative blend of story missions and sandbox gameplay. Two years later and the developers have again tried to up the ante, piling superpowers, presidency, aliens and many decibels of dubstep on top of the Saints Row 3 formula. The result is a sequel which is as messy as it is awesome and hilarious. 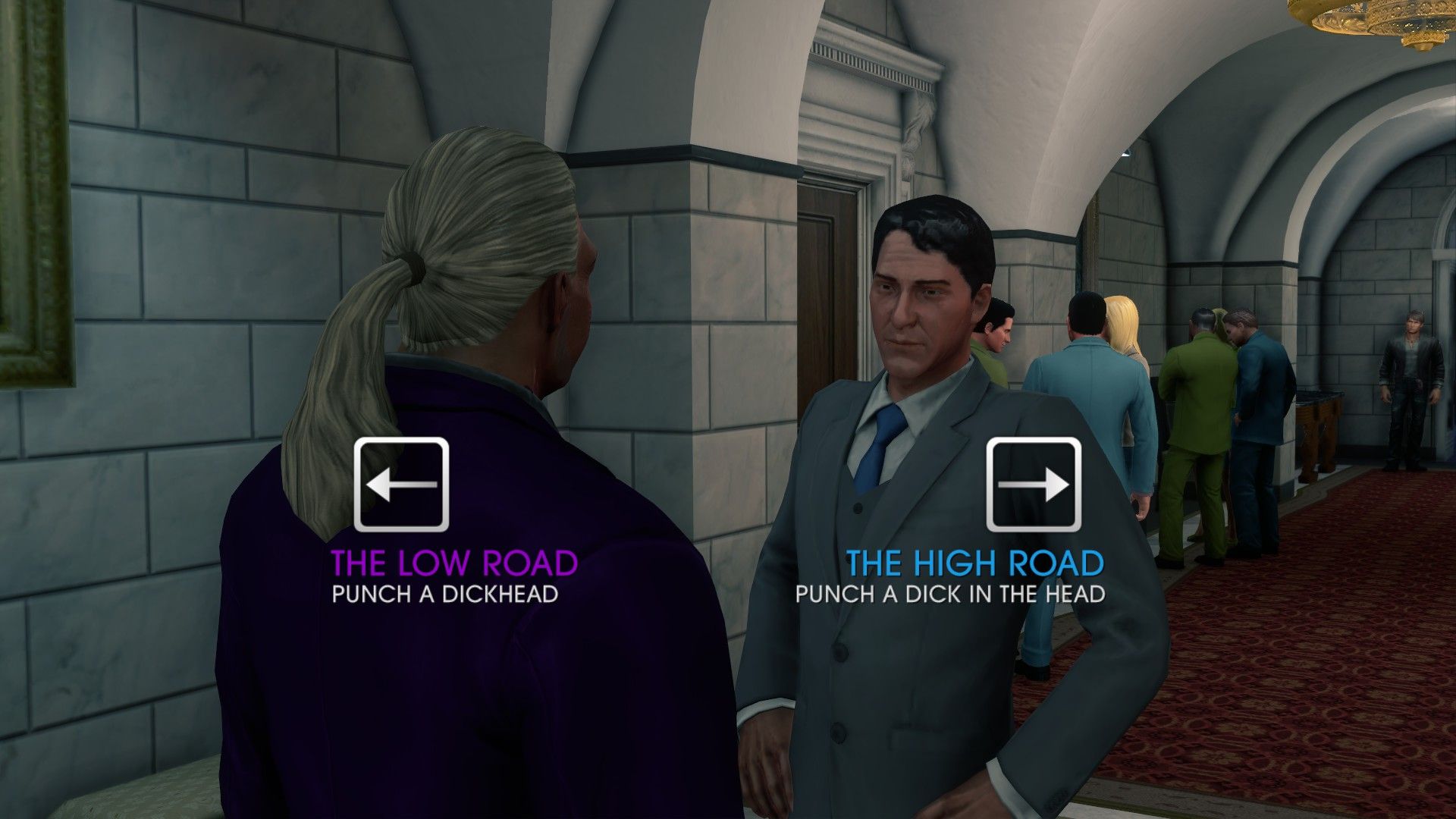 As the president you must make some important decisions

The first and most obvious issue many will have with Saints Row IV is the story. In order to accommodate the various new mechanics, many narrative leaps were made, resulting in a story that is incredibly nonsensical, even by Saints Row standards. You start the game by saving the Whitehouse from a nuclear bomb, after which you somehow ascend to presidency (how this happens isn't really explained). Shorty after this, a group of aliens known as the Zin invade, attack the Whitehouse, and abduct the best and brightest (and also the leaders from the Saints gang for some reason), trapping each individual in a computer simulation of their worst nightmare. As the leader of the Saints and President of the United States, you are placed in a simulation of Steelport that is not controlled by Saints, but instead by the aliens who abducted you. From here you manage to break out of the simulation, and base yourself on a Zin ship. You then must break into the nightmare simulations of your old friends from the Saints gang and rescue them from their worst nightmares.

While the story doesn't make much sense, it sets up the potential for some really crazy and creative levels as you go into your friends' nightmares to rescue them. Volition do a decent job of delivering on this potential, with many missions getting weird, crazy and funny as you enter different simulations created for different members of the Saints. You will have made your way through a text based adventure, a 2D brawler and revisited Stillwater amongst many other crazy things before you have the Saints back together. Many missions serve as parodies of other games and genres, including hilarious jabs at modern military shooters, Metal Gear Solid and especially the Mass Effect games. Given how interesting and creative the missions can get, I was slightly disappointed by how many simply involved going to a location and blowing things up. 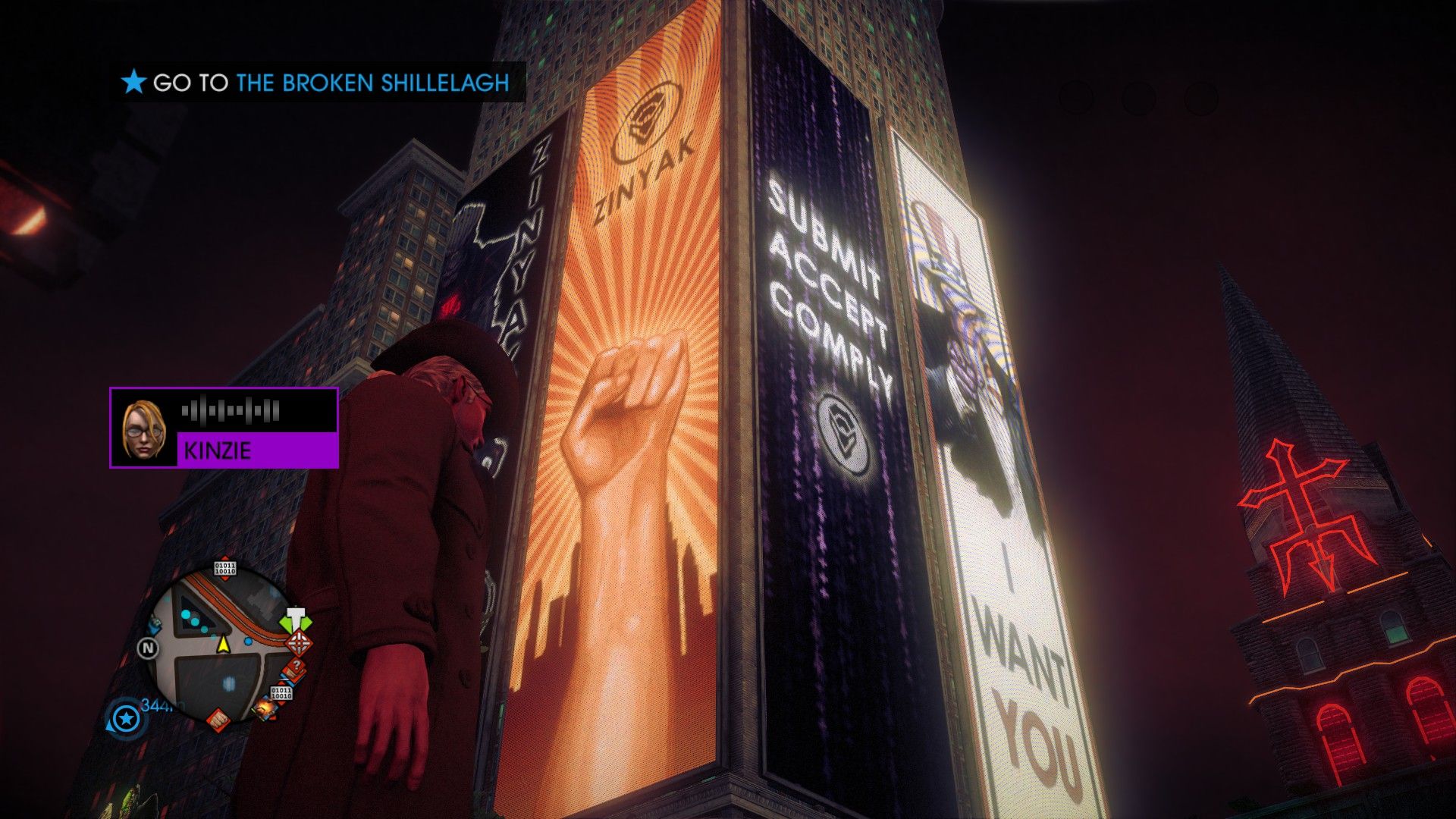 The Zin have altered Steelport to reflect their control

Fortunately, the game gives you a lot of fun options when it comes to blowing things up. The core combat from the last Saints Row games makes it over intact, although the health system has been tweaked. Your health doesn't regenerate on its own; instead you must rely on picking up health boosters which enemies drop when they die. This means that the best way to succeed in combat is to kill enemies as quickly as possible and pick up the health they drop. You are forced to be fast and aggressive when low on health, making for some exciting moments where you need to kill an enemy and sprint to their corpse before you are killed. Weapon variety is quite good, with many crazy new weapons becoming available such as a singularity launcher and a dub-step gun. Weapons can be upgraded, and their appearances and sounds can be altered to make it feel like you are using a different weapon entirely even if it is statistically the same.

On top of the usual third person shooting and smashing, you now have access to superpowers while in your simulation. First you get super speed and super jump, which allow you move around quickly and get out of a fight quickly if you are in danger of being overwhelmed. Soon after you get telekinesis and the ability to freeze/incinerate enemies, amongst various other superpowers that help mix up the combat. You can combine superpowers and firearms in any way you desire, but the transition isn't always smooth. Most frustrating is the fact that when you land after a jump, there is a brief but noticeable pause before you can take aim and start shooting people. Given how frantic and challenging the combat becomes in later missions, this pause can result in some significant frustration. Since you are constantly being ragdolled around by explosions in the crazier combat scenarios and there is a brief pause after each recovery, you might find yourself avoiding the use of the super jump power just so you won't have to deal with this annoyance. 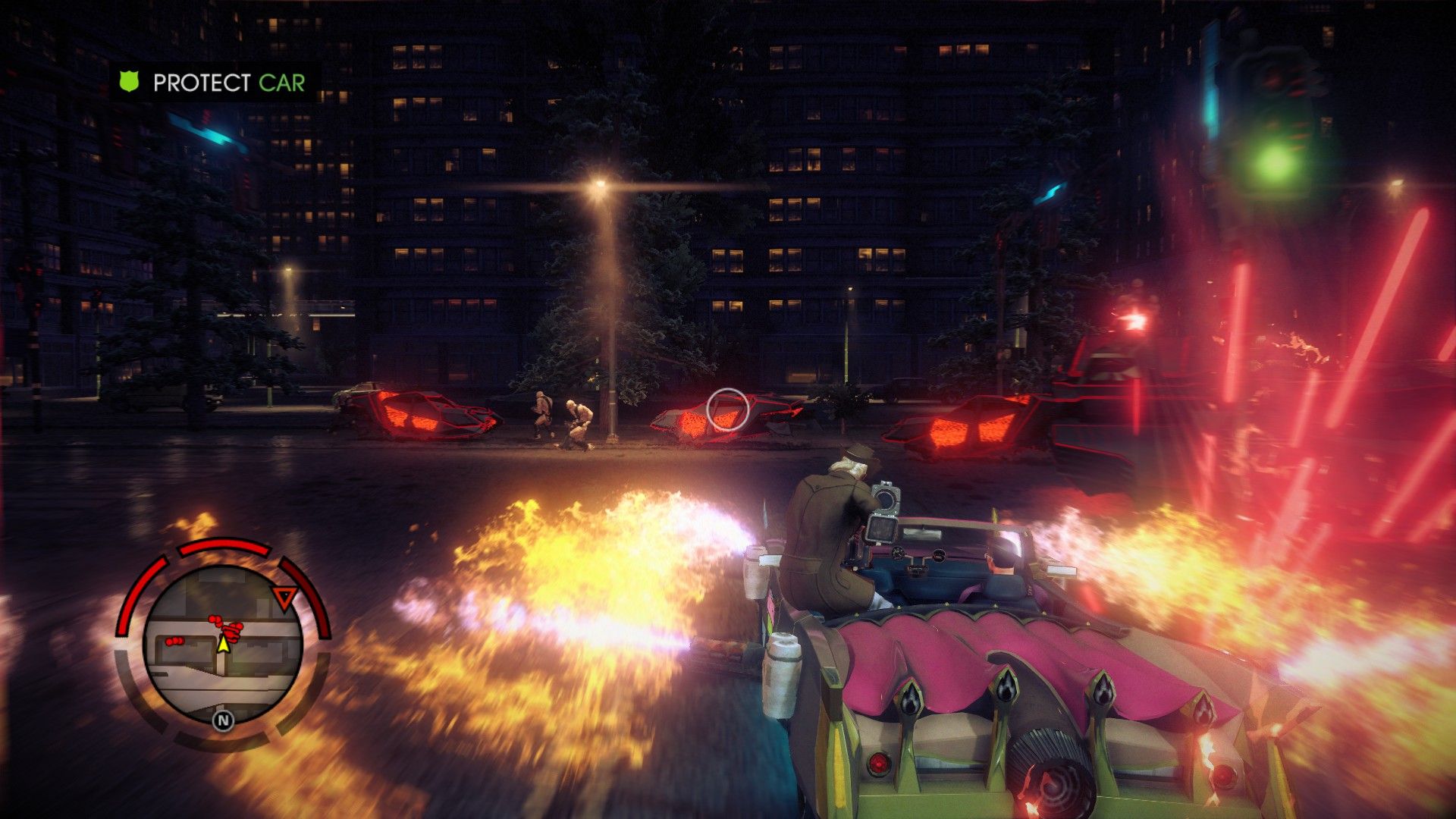 The super-movement controls aren't very precise either, especially in the face of platforming segments that exist throughout the campaign and in various side activities. It is difficult to fine tune the strength of a jump and the exact location of a landing. Being able to simply sprint and jump across the map in a few minutes also has the effect of making the city feel small and empty, a sentiment bolstered by the general blandness of Steelport in Saints Row IV. Apart from super-jump and super-sprint, the other superpowers work well and become very useful in combat. Many missions will strip you of these powers, making you realize how much you use them when they are available to you.

All videos for Saints Row 4 (5)
Advertisement ▼