Longtime EVE Online players are well-acquainted with CCP’s indefatigable development process. The Icelandic developer's spacefaring MMO debuted inauspiciously back in 2003, but a regular dose of free expansions and cosmetic upgrades allowed EVE to not only survive, but thrive, even as other subscription MMORPGs flamed out around it. After a decade of playing the long game, EVE still sees ever-increasing subscription numbers. With their flagship sailing smoothly, CCP has begun looking to diversify their portfolio. That’s a logical enough decision on its own, but few could have predicted that the developer known for cultivating its own “Spreadsheets in Space” niche would choose a first person shooter as its next venture. It’s a bit like a farm equipment company deciding to get into sports car manufacturing.

That shooter, Dust 514, enters an already-overcrowded market. The FPS landscape is dominated by fire-and-forget favorites like Call of Duty and Battlefield, where one can go from pressing the power button, to joining a game, to getting killed, to killing someone else within the span of about 15 seconds. It’s a genre that’s almost custom-built for a short attention span, which makes it an odd match for CCP’s notoriously methodical stylings. True enough, Dust 514 shows many of the hallmarks of EVE: a near-overwhelming user interface, a byzantine star map, a preponderance of menus and charts and all the sorts of things you’d never associate with a game about shooting people in the face. 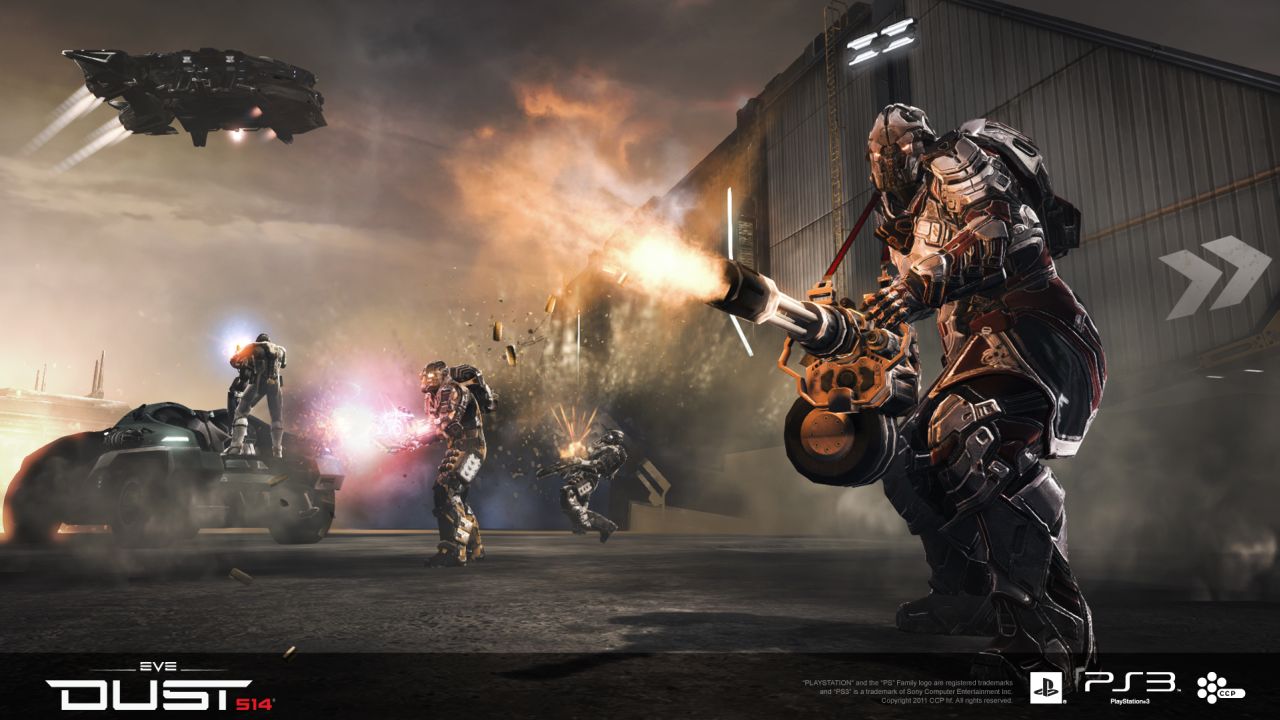 By and large, those eccentricities aren’t the reason that Dust trips up. But trip up it does, mostly due to a staggering lack of polish. Dust 514 feels like a game that’s still a long ways from being feature complete. It’s replete with glitches, balance issues, missing items, shoddy audio, half-baked interface elements, and frame rate problems. Certainly, the game has already seen marked improvement from its nominal beta. Yet the “release date” has passed, and CCP is currently taking microtransaction payments from players to support the game’s free-to-play model, so a judgement must be rendered.

Dust 514’s calling card is its seamless integration with EVE Online and its Tranquility server, a single shard universe where PC-based player corporations trade and do battle for territory and resources. Indeed, the connection is apparent from the opening screen - instead of an artistic splash screen prompting the player to press start, Dust players are greeted with a decidedly PC-esque listing of the latest patch notes and server count, and a reminder that downtime will occur between 11:00 and 11:30 UTC (I’ll save you the trouble of the conversion - that’s 7:00 EST). From there it’s on to character creation, or later, character selection, which offers four playable races straight from EVE: Caldari, Minmatar, Gallente, and Amarr. 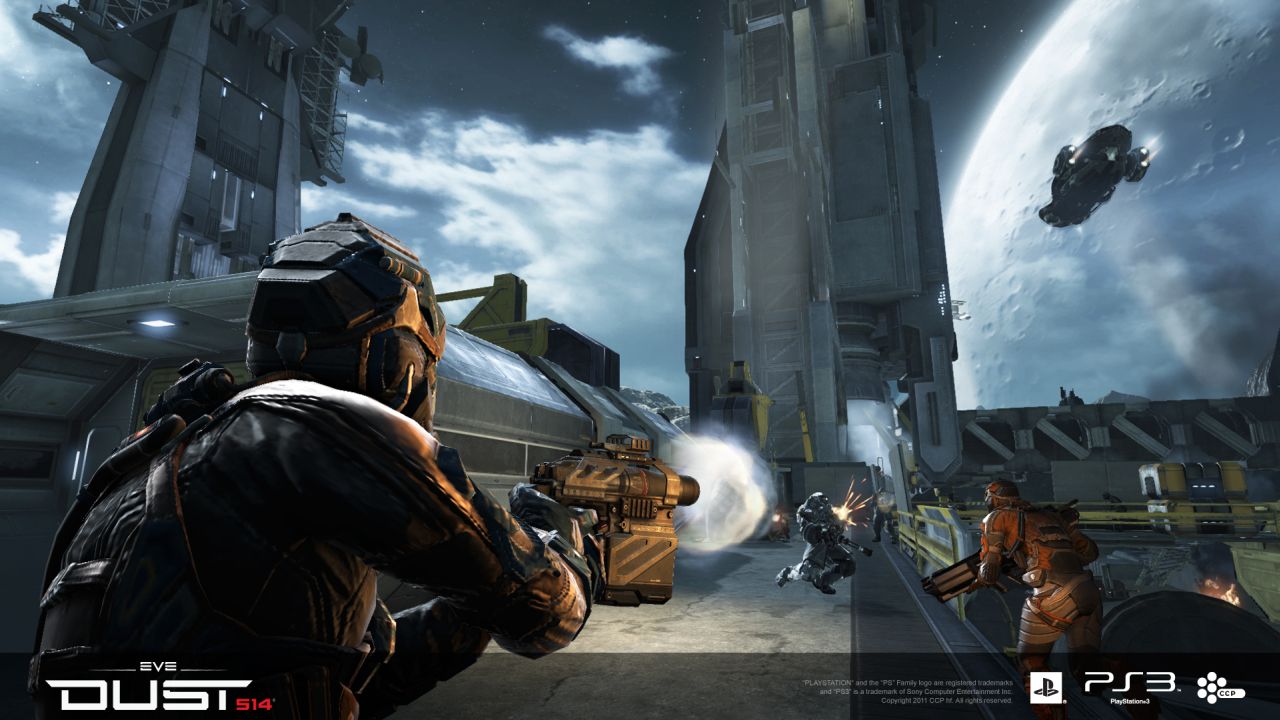 Each has a distinctive aesthetic, as well as an exhaustive amount of lore. Unfortunately, it’s unlikely that Dust’s console players who are unfamiliar with EVE will get much of a sense of the latter. At present, Dust’s integration with EVE is complete only in the most technical of terms. The backstory built up over a decade of EVE Online makes next to no appearance in Dust, nor do the wealth of player histories that have made the MMO such a popular source of public interest stories over the years. Perhaps you’ve seen a few of them online: “Gamer loses equivalent of $20,000 in massive virtual battle” or “Developer implicated in plan to provide resources to leading in-game corporation.” They’re incredibly compelling tales, a dozen television soaps’ worth of drama and intrigue contained on one server. But in Dust you’re a step or two removed from all that commotion that’s ostensibly going on in the skies above you. Player corporations, the life and soul of the EVE universe, are poorly introduced and will remain inscrutable for newcomers. If you’re keen to delve deeper into the mythos that CCP and its players have created, you’ll need to fire up Google.

Perhaps you can do your research while searching for a battle. Your newly created mercenary starts in his own quarters, where he can access his arsenal, visit the market, or dive into an online match. Using either the holographic menus in your tiny cabin, or an overarching user interface, you can browse the star map in search of a battle, or fire up a match. Battles in EVE come in three varieties: “Instant Battles” which were my go-to, “Mercenary” fights that are contracted by an EVE player and are so infrequently available as to be throwaway, and “Corporation” matches that pit Dust/EVE’s versions of player guilds against each other in scheduled engagements. 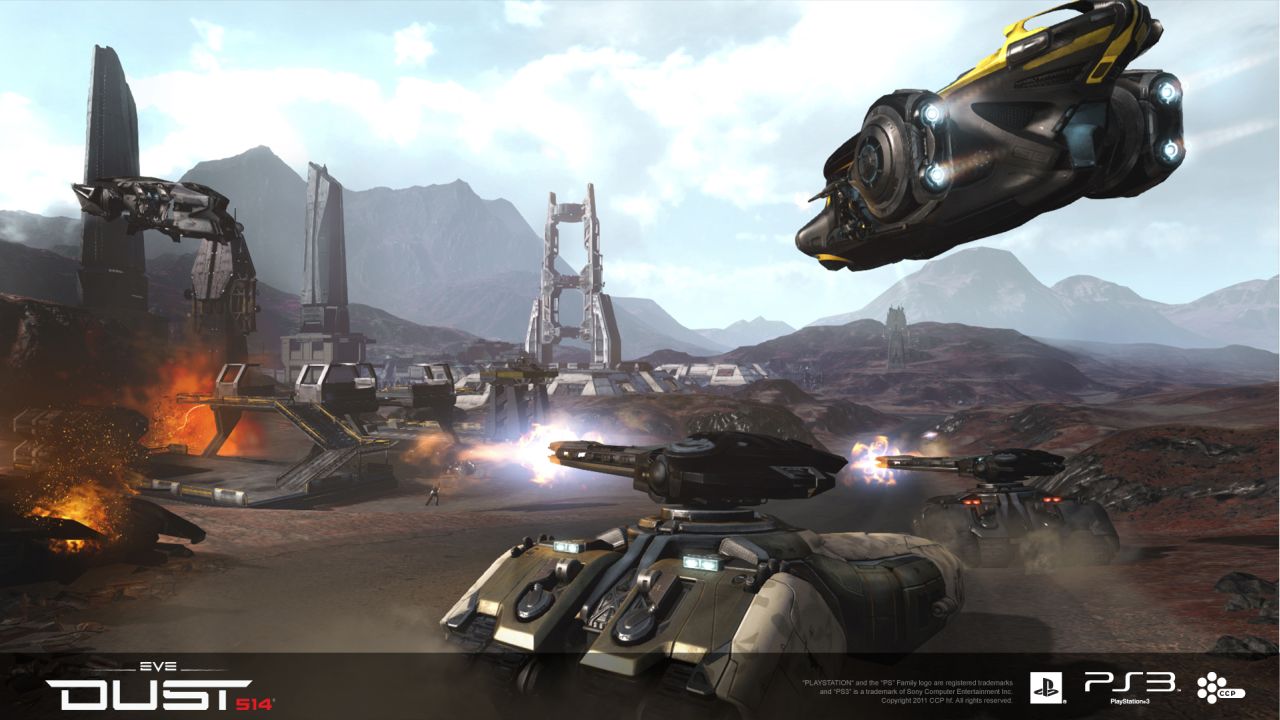 Even Instant Battles aren’t quite, well, “instant”, as it turns out. Choose that particular option and Dust begins a leisurely searching for a fight. Feel free to take some time to browse the market or customize your character’s equipment; it’s entirely possible that the match won’t be available for another minute or so. Get through that wait, and the following loading screen, and you’ll find yourself not in battle, but in another lobby of sorts where you and your teammates are asked to kill another minute or two, whether by walking about or, again, browsing the market or fittings screens. At least there’s local chatting to be done, even if it’s all being done via text.

If you’re wondering why I haven’t just gotten to the part where you start shooting at somebody already, then congratulations, you’re beginning to grasp the Dust 514 experience. One could say that EVE’s massive engagements are won on Reddit and Ventrilo. Dust 514’s battles are won in the market. Or, perhaps more accurately, they’re won in your wallet. Nefariously, the game weds EVE’s impermanent, “all your assets are destroyed forever” consequences of death to a real money transaction system. Factor in the inherent mortality of the average FPS character, and it’s a recipe for a lot of sunk costs. Two currencies run astride each other: ISK, your run-of-the-mill virtual cash, and Aurum, your real money equivalent. Dust is startlingly brusque with its pay-to-win model. Aurum ads litter the marketplace, and powerful, Aurum-only items alternate with regular ones. One would be forgiven for expecting that Aurum purchases be blessed with some staying power, but, should you or they get destroyed, and their number of available uses will decline the same as any other item. One-time use boosters for your ISK or skill points sit alongside the selection of sniper rifles and dropships, tempting you to fish out your credit card. 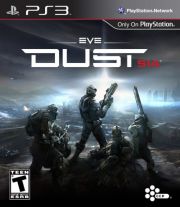