As far as shadowrunning goes, it's more of a leisurely stroll

Indulge me for a moment, will you? Think of a good friend of yours. It can be anybody, it really doesn't matter. Now, remind yourself of their most unpleasant character traits, the things that occasionally make you wonder 'why do I still talk to this person?'. Maybe they're in denial about their drinking problem, or they drop tired Portal references in conversation whenever cake - or the infinite vacuum of space - are mentioned, or maybe they're a teensy bit racist. Nurture that feeling of unease, allow it to swell up. Still with me? Right, now you know how I feel about Shadowrun Returns: an unremarkable, sometimes even unlikeable game with a few incendiary sparks of charm that kept me coming back to it.

That might have spoiled the overall opinion a bit early on, but never mind, we can start over. Shadowrun Returns is the famous Kickstarter-fuelled attempt to bring the classic cyberpunk fantasy pen-and-paper role-playing game to our beloved PC platform, which sounds like a great idea when you think about it. D&D has been swanning around for long enough with successes like Baldur's Gate and Neverwinter Nights (and some real shockers too, but let's put those to one side) while her shy sister Shadowrun has only ever been entitled to some console titles from twenty years ago and that unspeakable first-person shooter thing, so let's give Shadowrun another chance to do the diplomatic dance with the world of videogames and see whether anything exciting happens. 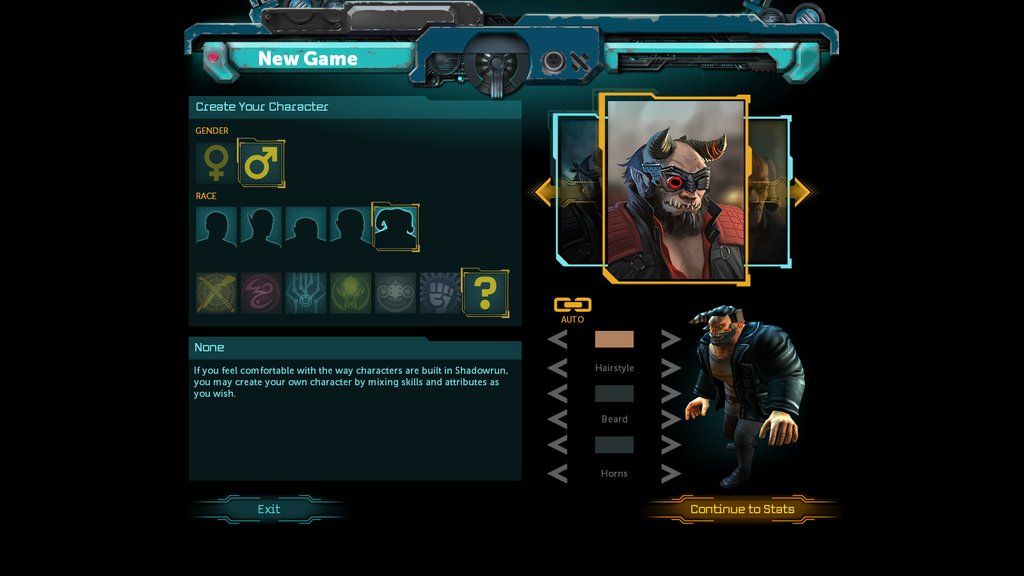 Much like those old PC D&D mainstays, Shadowrun Returns presents itself as more of an RPG toolkit that happens to have a campaign tossed into the bottom of the box if you're into that sort of thing, going by the name of "The Dead Man's Switch". That's fine if you're a game master that's just been itching to create your own four hundred hour campaign epic, but for those of us that just wanted a game to play it's a tad disconcerting, a sense that we're perhaps not entirely the intended audience here. Anyway, for the sake of this review remaining sane, let's just assume that this campaign comprises the entirety of what you would call 'the game'.

So, 'the game'. Character creation is everything you'd expect it to be, selecting your race from the standard fantasy stock like a set of well-worn cutlery, then selecting your class from the standard Shadowrun stock like a set of exotic surgeon's tools. I'm certainly happy to see any game that goes out of its way to eschew the warrior/mage/rogue archetype structure, but Shadowrun goes perhaps a little bit too far in that respect. Street Samurai? Rigger? Physical Adept? I was half-expecting to find 'Smooth Talker' or 'Heavy Weapons Guy' nestled in there somewhere.

Once you've gone through the creation of your 'shadowrunner' - essentially a futuristic mercenary Postman Pat - and the brief introduction to the stats screen, Shadowrun Returns dumps you into its old-school isometric view of your run-down apartment. The game gives you a minute or so to rifle through your own belongings and realise just how far down the food chain you've been placed before it sets off the phone. It's an old friend, or rather, a recording of him. He would be talking to you in person, but he's suffering from a minor case of dead, and asks politely if you wouldn't mind tracking down whoever offed him. A large cash reward is mentioned as an aside, just in case you aren't the sort to immediately sympathise with the demise of an NPC that you were introduced to about five minutes ago. So begins your very own gritty noir cyberpunk adventure... and then, 15 or so hours later, it finishes. Die-hard RPG fans might call it 'perilously short' and laugh at it in the shower block, but I'm personally quite happy with Shadowrun Returns's length: it has a smooth story arc, keeps your attention with a plot that actually progresses at a decent rate, and doesn't overstay its welcome. This means that less time is spent meaninglessly padding the next objective and the experience as a whole is improved - assuming you weren't actively seeking out a timesink, that is. 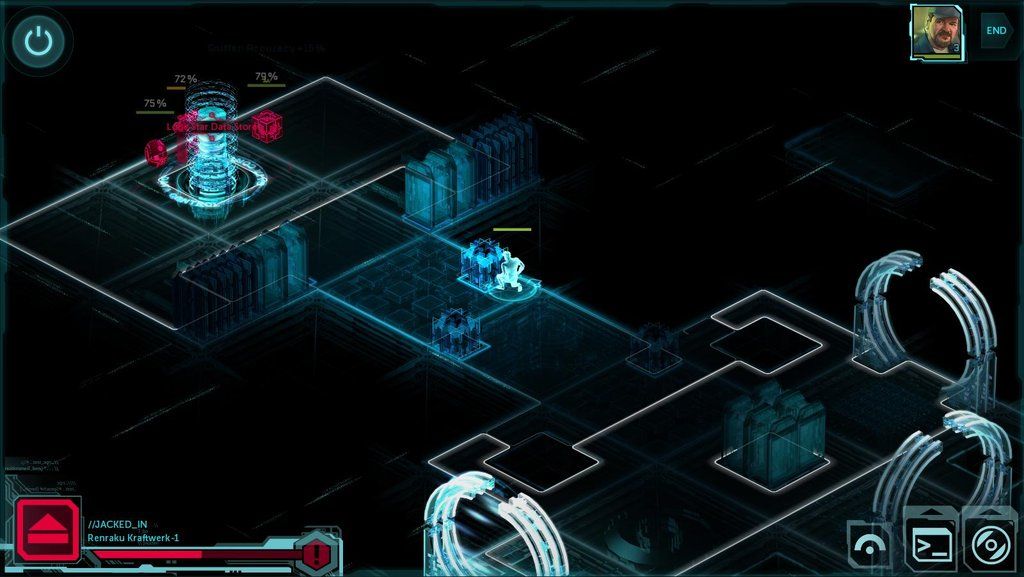 You already knew what the Matrix was going to look like, didn't you?

Good thing too, because Shadowrun Returns would make a rubbish timesink even if it was 80 hours long. A worrying slice of your time is expended clicking your way around empty areas of varying degrees of linearity, desperately looking for something to do other than chase sidequests or the objective marker. Occasionally you might find an NPC that's willing to chat or an item to pick up if you're lucky, and sometimes that leads to new developments, but it's still nothing more than another attempt to keep a tattered tarpaulin of interactivity draped over the painted-on environments.

This is all just so much cream cheese, though, designed to pad the space between the slabs of meat in the Shadowrun sandwich: turn-based combat sequences. I was eagerly anticipating these, since the combat is essentially X-Com with magic and hacking and remote control robots (and quite frankly I think an arcane firestorm or two could have really helped with some of those later terror missions in Enemy Unknown) but the issue at hand is of depth. Everything feels a tad extraneous to the gunplay, which isn't necessarily a bad thing since the gunplay itself is well-balanced and solid, but it did make me question the importance of magic when all I was mostly using it for was hitting enemies behind cover (since magic apparently doesn't adhere quite so stringently to line-of-sight as bullets do) or buffing the people in my squad with the best weapons. Occasionally you get to jack into the Matrix (no, that's not my terrible sense of humour, they really do call it the Matrix) but it's not terribly different from overworld combat and gives the impression of being shoehorned in because Shadowrun canon dictates it, not because the developers thought it would be a good idea. Overall I have to grudgingly call the combat entertaining, especially when you start putting together squads full of multiple classes and start juggling their respective skills, but I still harbour a certain level of disappointment that it wasn't more varied or complex. 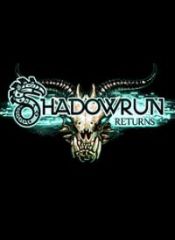