This side-scrolling debut indie title has a few interesting ideas for mechanics, but is missing the fundamentals of gameplay

There’s a subtle distinction that you sometimes hear game developers talk about between the words ‘difficulty’ and ‘challenge’. Anything can be ‘difficult’, be it finally building up enough levels to finish off Sephiroth in Final Fantasy VII, or looking for your lost car keys inside a cramped tent. However, only one of these is ‘challenging’. Being challenged means being introduced to difficulty in such a way as to make it fun and engaging. If a game fails to do this, it quickly because difficult simply to be difficult. Case in point, the debut game from Adventurous Productions studio: Quick Slick Deadly. 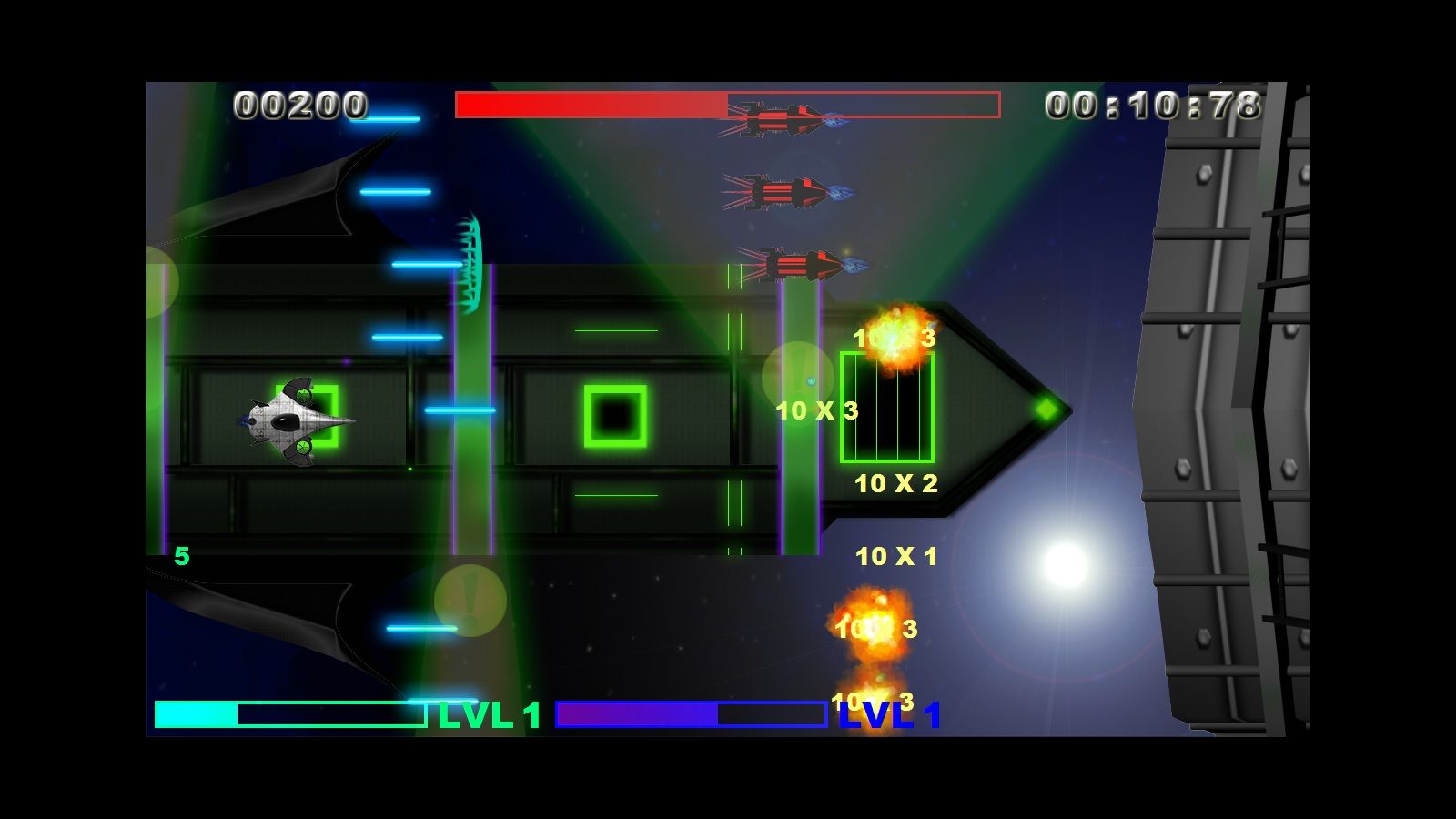 Quick Slick Deadly is a casual side-scrolling shooter where the player pilots his or her spacecraft past asteroids, lasers, and enemy ships while racking up points. It’s a staple genre that all gamers are familiar with and one which stays alive in vibrant entries like Sine Mora from Digital Reality. In Quick Slick Deadly, we find the basic aspects that we expect: shooting incoming enemies, dodging environmental hazards, and rushing to keep up with the pace of the screen scroll, but it also includes a nice ship-unlock system: completing a certain number of the fifteen levels will unlock two more ship types aside from the starting Fighter class. You can use these ships to play through (essentially) the same levels again, only using a very different style to make it to the end.

Unfortunately, the implementation of these elements leaves much to be desired. Graphics look around twenty years old, and although there’s a decent variety of enemy types, there’s no overarching aesthetic to tie the game into a pleasant visual experience. More troublesome is the difficulty curve: enemies and bullets move so fast and fill the screen so quickly that avoiding collision is a big challenge from the get-go. However, Quick Slick Deadly isn’t content simply pounding a nail into your coffin: it adds in a few layers of duct tape as well, in the form of incredibly strict mission completion requirements. In other words, there may be some enemies or obstacles here and there that don’t instantly kill you, but the requirements for completing each mission are so narrowly defined, even at the lowest bar, that each enemy may as well be a one-hit-killer. Hits to your ship drain your points, and the game won’t let you proceed until you complete the mission above a certain score. For most missions, this means that a single hit or a few missed enemy shots is more than enough to guarantee that you fail the mission. 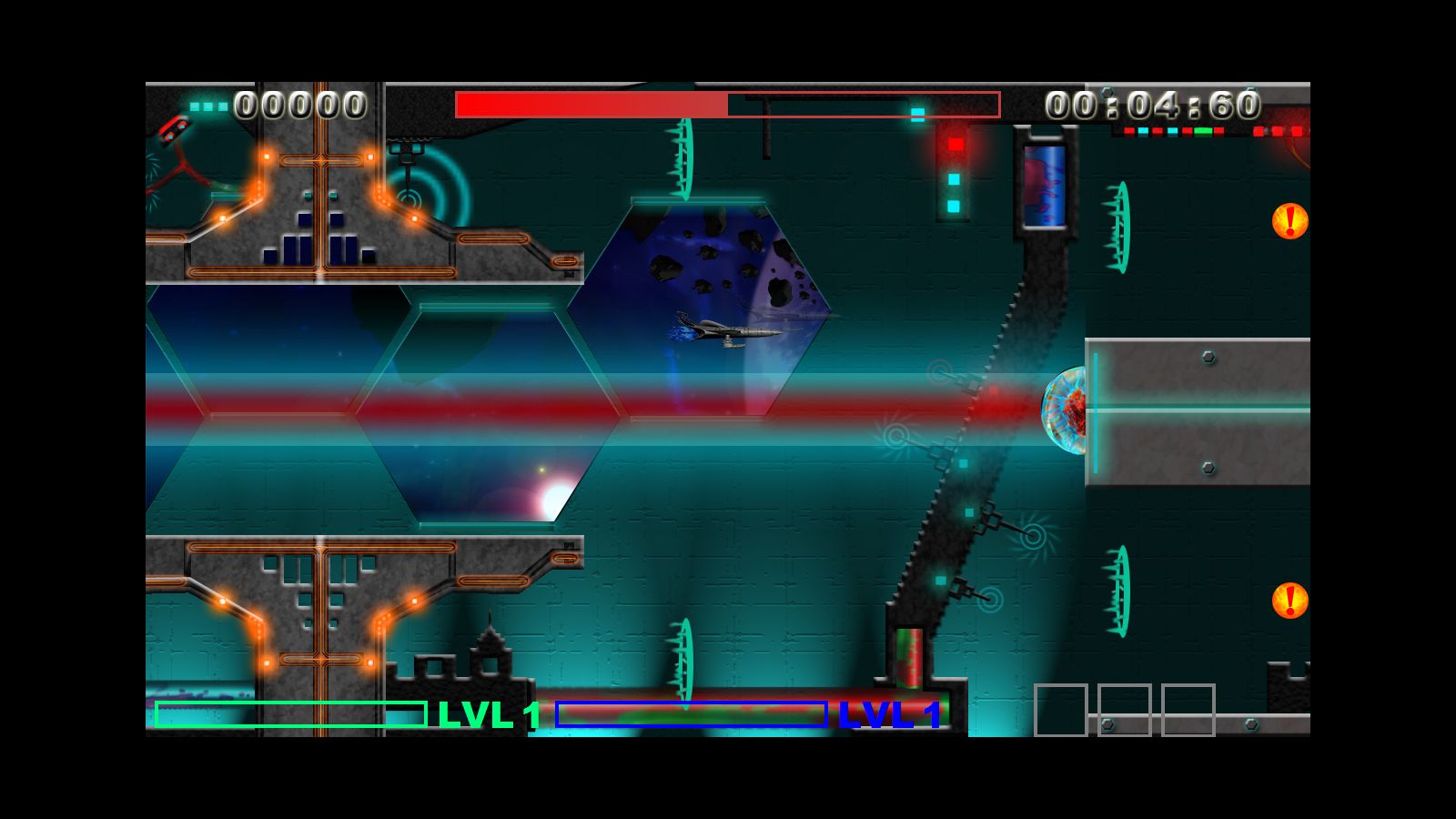 The difficulty of Quick Slick Deadly automatically limits the game’s appeal to those who are gluttons for punishment, but there’s an added hitch that might dissuade even the hardcore: extremely short levels. Most levels are completed on the order of between twenty and thirty seconds, and that’s only assuming you survive until the end. Put shortly, most gameplay in Quick Slick Deadly consists of trying the first ten seconds of a level over and over again, losing at the very first enemy hit or missed ‘boost loop’. Many of the obstacles and enemies must be dealt with immediately. For example, many enemies fire their one-hit-kill weapons as soon as they appear onscreen, and so the only way to shoot them down is to camp at their upcoming location, killing them right as they scroll in front of you. The game thankfully helps you with this task by giving warning flags at incoming enemy locations, but the net result is that levels must be memorized. Playing through a level in Quick Slick Deadly involves playing the same moments over and over again until you memorize the location of every enemy and have a set routine of actions to take. I spent a good half-hour on a single twenty-five second level, playing through the first few seconds about fifty times in a row before finally being able to make it through hit-free with every necessary power-up collected. 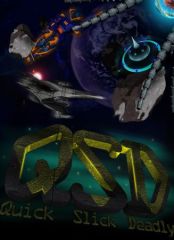