You should probably steer your bike clear of this one

I actually started writing this review with the concluding paragraph. It’s not often that this sort of thing happens, and it usually means that the game has left quite an impression. In this case, Ride to Hell: Retribution is the title in question, and one that is memorable for all the wrong reasons. It’s low budget, crude bordering on offensive, boring, linear, and many other negative things. It carries a $30 price tag and anyone who actually buys this at full price (or at all, as a self-respecting individual) after reading this, deserves the suffering you’re going to get.

Some games are bad because they were poorly designed, have tons of technical issues, or are just plain uninspired and derivative. Some games are “so bad they are good”. I never quite understood the reasoning behind that last one, but I guess some folks do have a good time watching a train wreck. Ride to Hell: Retribution is a game that defies all expectations of how utterly poor an experience can be, and is easily one of the worst retail-released titles in many, many years. 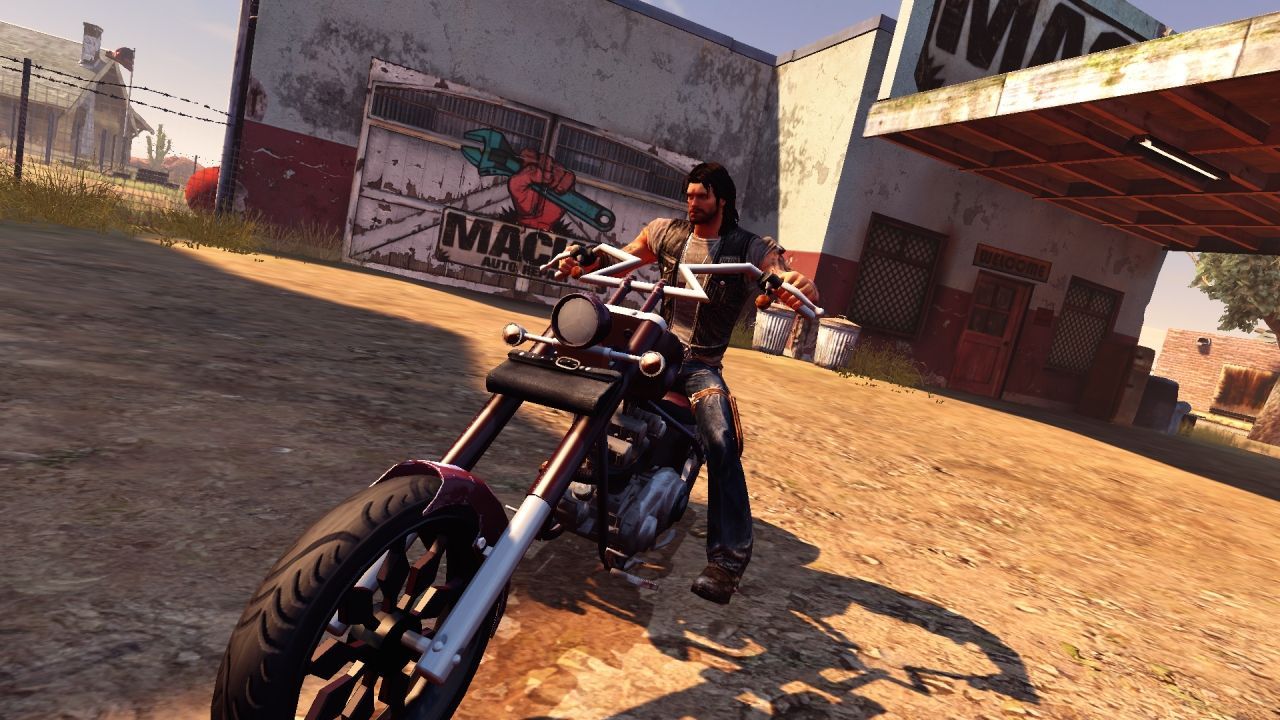 Ride to Hell: Retribution takes place in 1969, telling the story of Jake, a veteran and member of a family of bikers. Most of these details are skimmed over in favour of opening scenes that make absolutely no sense. Having come, he witnesses a gang-related murder of his brother by a rival biker gang, and swears vengeance. What follows is a barebones plot that fails to connect on any level, and reads like a very basic storybook, except with violence and cursing. Things are undoubtedly made worse by terrible voice acting and writing.

But that is all forgivable and forgettable (unless you paid full price are a currently ripping your hair out). What’s less stellar is the game’s systematic objectification of any and all women that appear. Here are just two early game examples: you see a woman, presumably a prostitute, being harassed in a parking lot. You beat up the guy, and a cutscene follows. In another example, you help a woman get her wedding ring back from the ex-husband, who you also beat up in front of his house. You and the ex-wife then go inside, just as the man is still lying out front, and a cutscene follows. This cutscene, in both cases, is watching Jake have sex with the woman you’ve just met and, in the case of the first example, didn’t even bother to identify by name. With clothes on, awkward sound effects but rather graphic animations. Simply, it sets video games back as a medium by who knows how many years, and we’re going to be in deep trouble if mainstream media gets a hold of this game. It’s further frustrating because these scenes don’t even make sense in the context of the plot or even the immediate scenario. These scenes are utterly pointless and exist for reasons unknown to any sane, mature players. 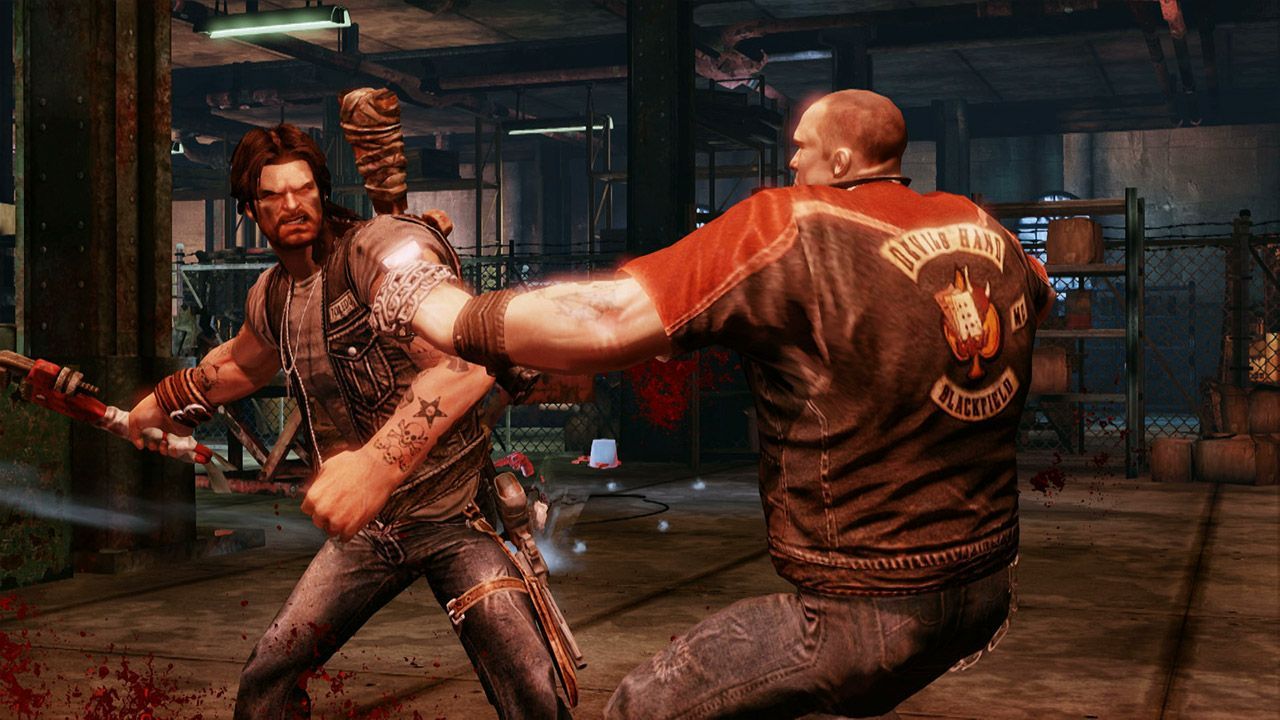 But to dwell on that further would be giving the situation undue attention. The actual gameplay, then, is so barebones and linear that even the most basic arcade indie titles out there would have something negative to say about it. You seldom control Jake on foot, and when you do it is within small outdoor environments in order to have a fist fight or walk somewhere. Most other times you’re riding your bike, occasionally dodging road obstacles or foes, on a mostly straight road. The whole experience is as minimalistic as it sounds, with each gameplay section taking no more than a few minutes before yet another loading screen, cutscene, and more loading screens.

Fighting on foot means using one attack button to punch, one to block, and kick to disrupt your opponents’ blocks. You can also sometimes counter incoming punches ala Batman. On bike, you press just one key a few times, which starts the animation to fight off an enemy. It takes skill to make quick time events feel like a better alternative than what you’re forced to play through here. There are also set pieces with mounted weapons, races, you can also customize your bike a little, and collectible cards are thrown in to complete the checklist of features. It’s pedestrian, derivative and not worth any fun, and the fact that the controls feel imprecise and as if mouse acceleration is being applied doesn’t help things. Bugs permeate the experience, as the game will randomly crash, get you stuck on an object, or leave you in a broken animation, unable to progress. 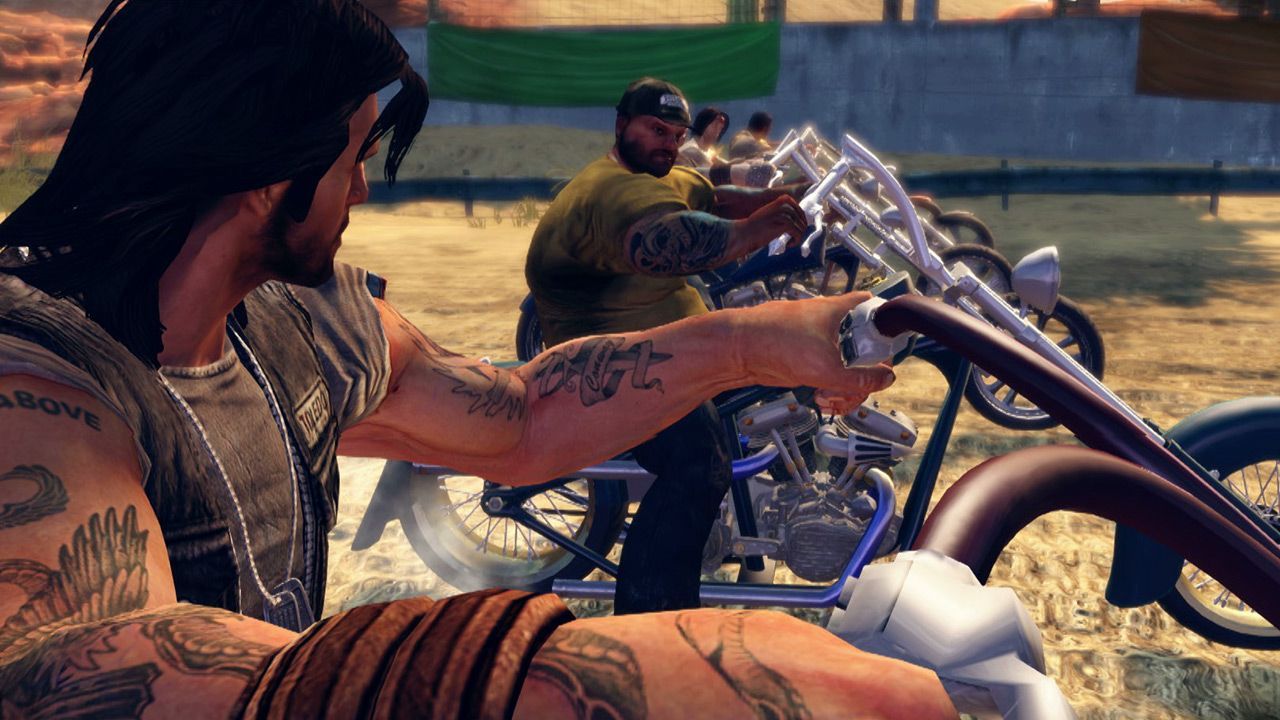 The presentation is just as poor as the rest of the game. This is a low budget game, as demonstrated earlier by linear levels and terrible dialogue. The rest of the audio design doesn’t fare much better, with a rock soundtrack on a loop in the background and substandard sound effects. Visuals look like something from a PS2 era, though some of the textures are decent resolution. The design is bland and fails to create any atmosphere. Best of all, the game has zero settings and we had to dig around the engine files to even adjust the resolution.

And that’s actually the point where things became a bit more clear. While digging through ini files, we came across batches of settings marked for deployment on devices like iPhones, iPads, and other mobile platforms. Having found that, it became apparent that this is a title that would do OK as a digital download for the casual gamer looking to spend under $10. But as a broken, derivative, low budget, and crude PC download at near full-price? There is a biker saying, that life is too short for traffic. Stick with that advice; life is too short to spare any time for this game.

30
Crashes and bugs almost hourly. Far too many loading screens.
Overall
20
One of the worst retail releases in years, let alone for nearly full price, Ride to Hell: Retribution is ineffable in every aspect. 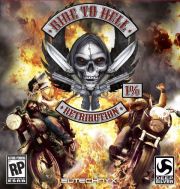 All videos for Ride to Hell: Retribution (1)
Advertisement ▼