The Witcher franchise from developers CD Projekt Red has become one of the better known breakthrough stories of recent times. The original RPG game was met with so much success, it turned out to be one of the biggest sleeper hits of the year. A sequel that followed stayed true to PC roots, but significantly changed the flow of the game and saw the release of console versions as well. The Witcher 3: Wild Hunt is the next chapter in the series, and a supposed conclusion of the storyline for Geralt. We had a chance to see the game running at E3 and speak with the developers.

In a similar manner that the Witcher 2 E3 presentation opened a couple of years ago, we started off by watching a brief animated short based on the game that saw Geralt encounter a woman and need and save her. The Witcher 3 will focus on Geralt's story and conclude his character arc - even as significant events that took place at the end of the last game continue to shake up the kingdoms. Wild Hunt is a new deadly force that has emerged and began sweeping the lands, and Geralt makes it his quest to follow deadly army and try to stop them for his own reasons. The developers say that gamers won't need to be familiar with the previous games to understand Witcher 3, as this is a personal story and a new adventure. There is a promised 50 hours of main story content in the game, and almost as much side content. 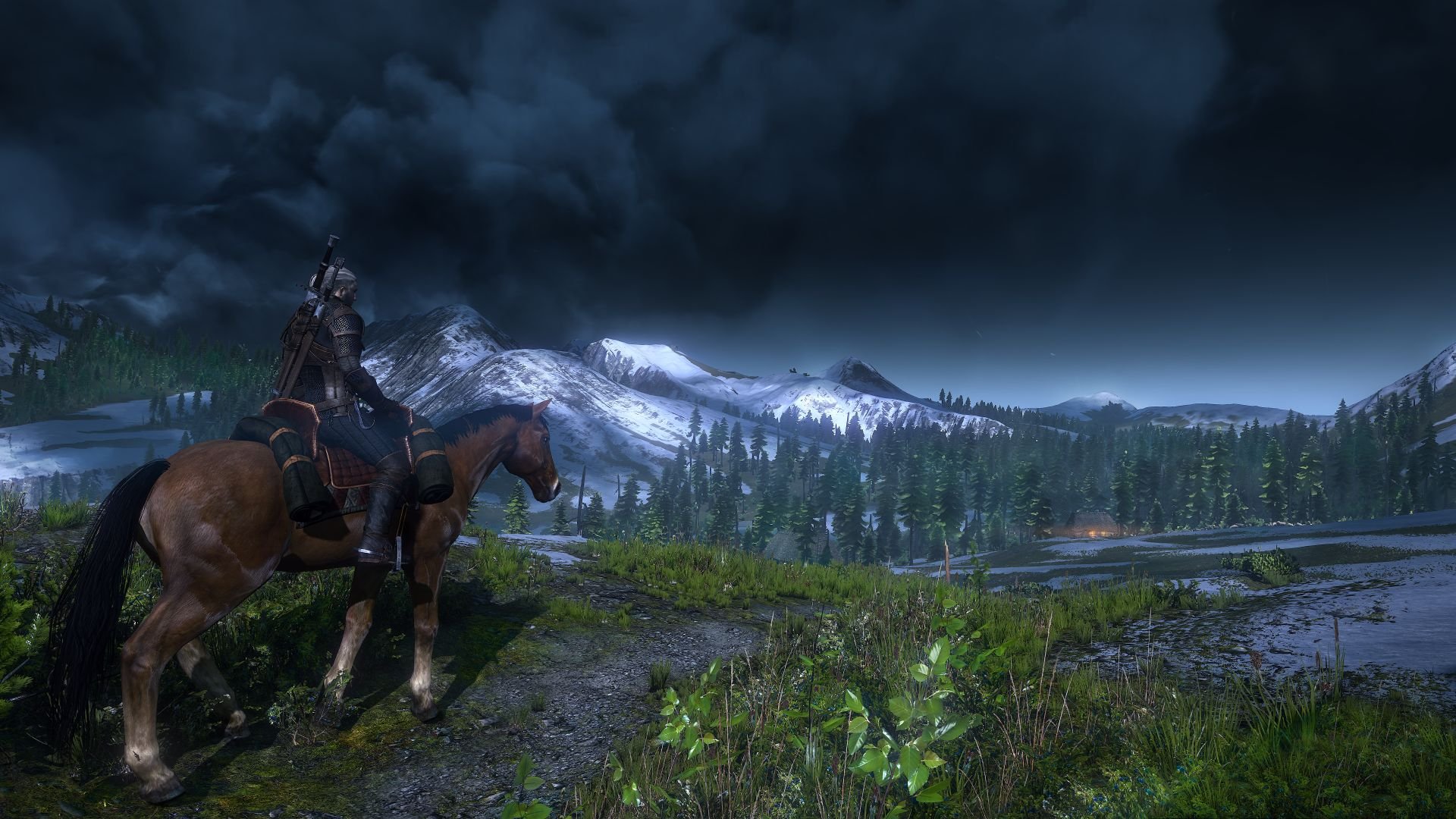 Our presentation took quest about midway through the story. Geralt is hot on the trail of the Wild Hunt and has heard that a village was raided recently. He seeks to speak with the only surviving villager to get a sense of where he should travel next. We see the open world sprawl before us as Geralt rides on a horse up to a castle. In these early stages the game (running on PC) looks impressive. There is an efficient UI that conveys the information you need and includes a minimap.

The developers say that even though the game is open world, many times the size of Witcher 2, and filled with quests and NPCs, there will still be a sense of one main story that unfolds. After travelling through castle gates we descended into the village, where the NPCs live through their daily routines and only sometimes choose to acknowledge the Witcher's presence. As expected you can listen to rumours, shop for supplies and sell items. There will be a realistic economy in the game, so prices for items will fluctuate between regions. A far inland town will buy fish from you for a high price and sell furs cheaply, and these same prices will be reversed in a coastal town.

Traversing through the game world will be possible via walking, fast travel, climbing, horse riding, and sailing. Developers promise that the game will be fully open, like Skyrim, allowing you to go anywhere the eye can see. A full day/night and weather cycle will also impact the world, as it's a bad idea to hunt Werewolves at night or sail in a storm. Locations will have various points of interest that the design team will try to emphasize - you might see a distant tower or discover ruins in the middle of a forest. Likely, there are quests or just treasure associated with these findings. While exploring one such location, we encountered one of the monsters in the game. 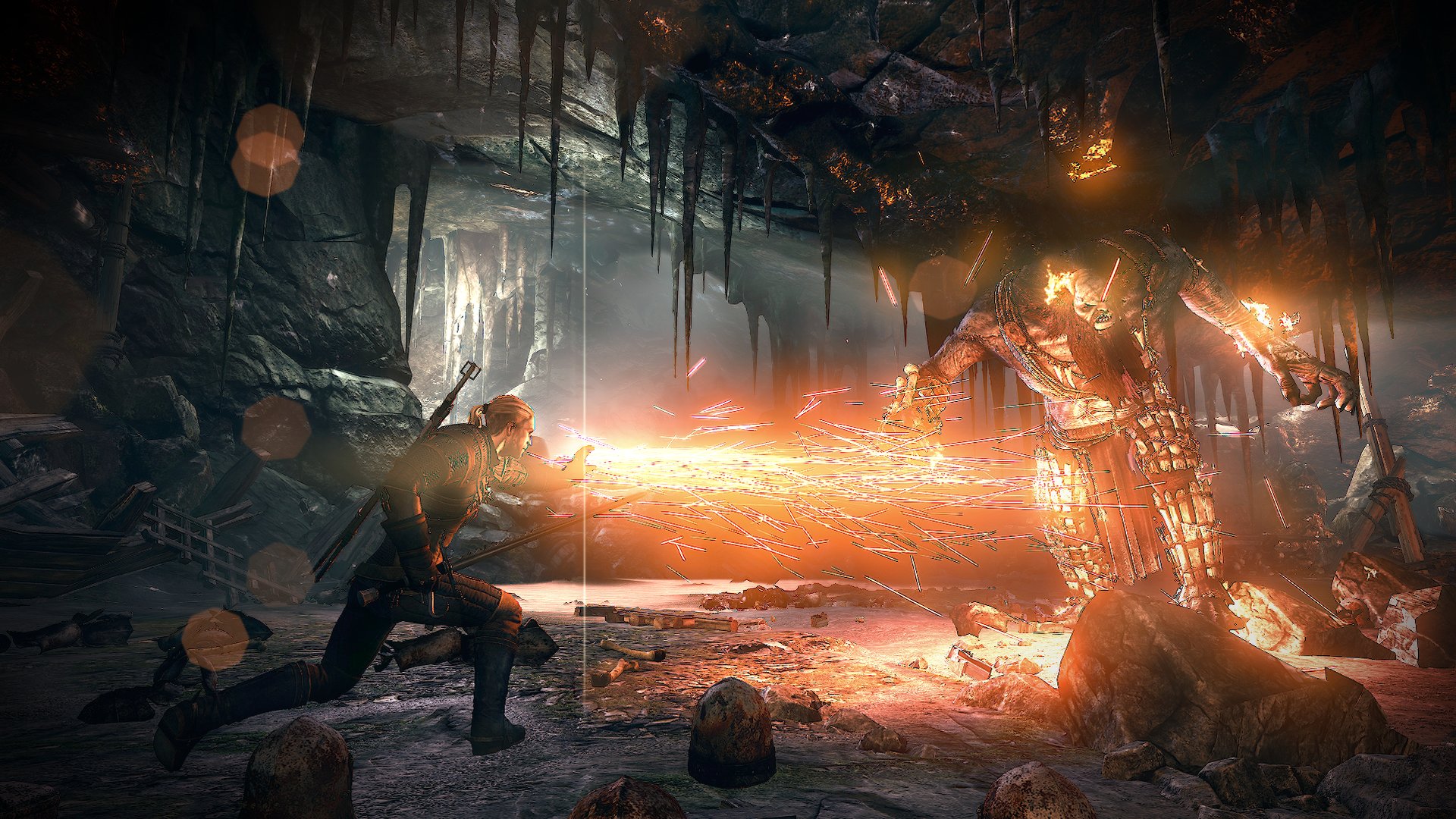 This beast looked menacing, and able to move quickly by charging head-on with its antlers. Geralt had to dodge out of the way and show off some updated combat features. The game will implement a one click - one hit system, giving gamers more control over the action. Camera position has been adjusted and made more dynamic, and numerous animations added. Geralt will still be quick to attack and defend but more tactical in his positioning, no longer able to do rolls all the time and walking at a slower pace in midst of battle. His two swords and a combination of magic abilities remain at the core of combat, and so is meditation - though no details were provided on the latter.

As we dealt enough damage to the beast, it actually escaped, presenting another choice to the player - to follow or move along. For the sake of time, we moved on, but developers say we could have followed the beast to its cave to finish off and collect treasure. Soon we came across a small village, just as they have discovered a dead body. The man was killed unnaturally, and the locals suspected that a beast has stirred in the woods - village elders say it was because tribute was not paid, while a young leader argued it should just be killed. Geralt, being a monster hunter, offered his services to both men for a price through the multi-option conversation system, and set off to investigate the beast. Entering the forest, developers used the Witcher's Senses system in order to identify clues in the environment, in a sort of detective vision mode. We discovered various markings, blood, and tree damage to ID the beast, and returned to the town where we had to locate a marked local. This local woman had to die for the beast to die, but she was sadly unaware of her fate. We brought the news to the young men, who immediately vouched to do what is necessary, without knowing a young girl's life had to be taken; but it was too late to back out when they came to that realization. 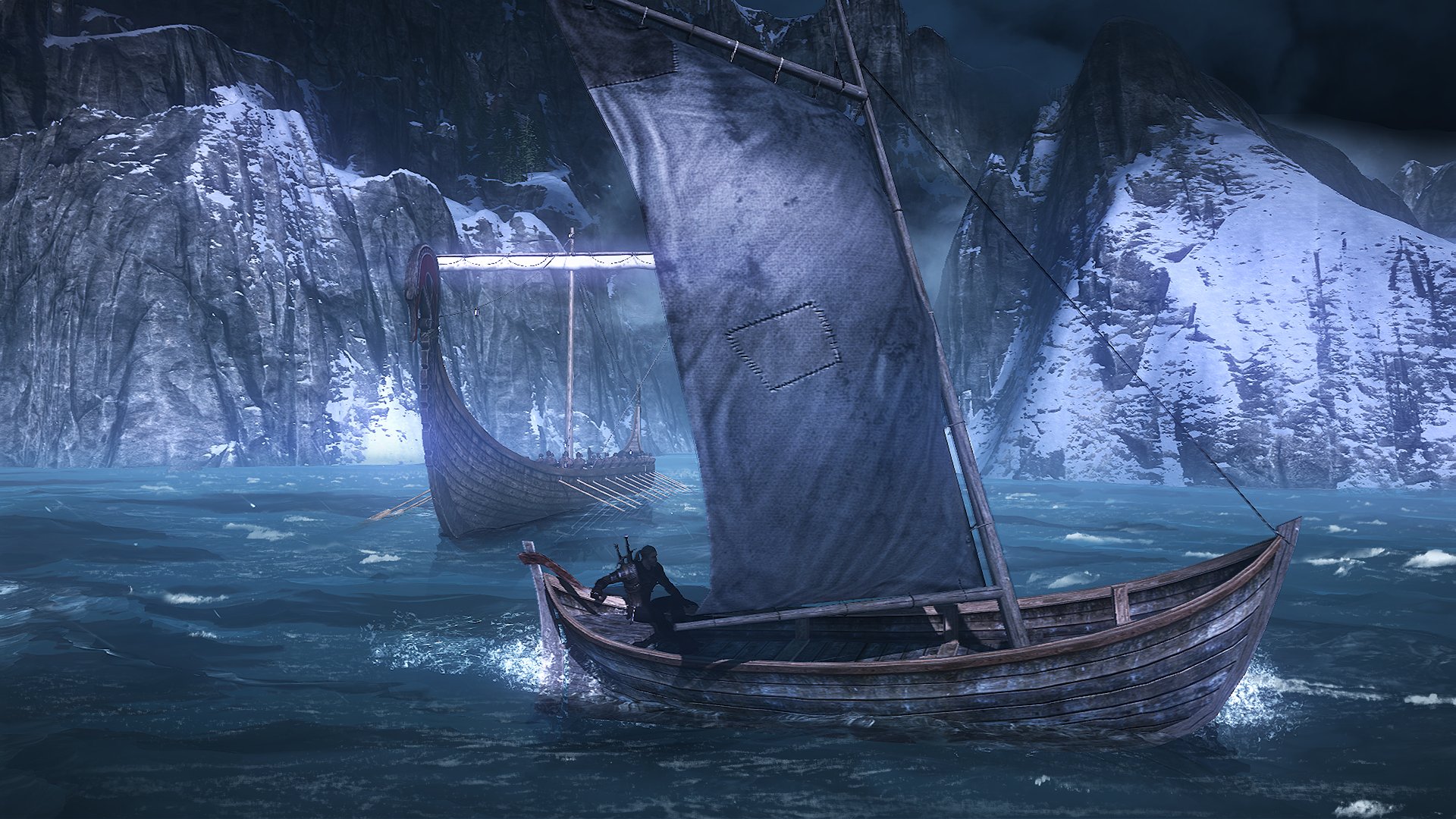 With the price agreed upon, The Witcher ventured into the woods and killed the beast, in what was a boss battle of sorts. The beast employed various close range and distant attacks and had the help of wolves, but Geralt managed to overcome the challenge. He returned to the village to find the elder leader dead, likely killed by the younger men, but chose not to meddle in local politics. He collected the payment and went on his way, and we got a flashback scene from later in the game that told of that village being raided and burned anyway just three months after he helped with the beast problem.

All of these events took place as we were on the way to see a man about the Wild Hunt, and were completely optional. Upon finally reaching his destination, Geralt spoke to the survivor and learned of where the Wild Hunt was headed, and followed on their trail. It is where the demo concluded, leaving us with high expectations of the RPG to create yet another interesting world to explore and politics to get involved in (or not) just as the first two games did. Look for The Witcher 3: Wild Hunt to release on PC, Xbox One, and PlayStation 4 in 2014.

Our Review of Witcher 3
91%
Superb
The Verdict:
"A high water mark not only for the Witcher series, but for the entire genre of open world RPGs"
Game Ranking
Witcher 3 is ranked #14 out of 1665 total reviewed games. It is currently our top ranked game released in 2015! (110 in total)
13. World In Conflict
PC
14. Witcher 3