With the arrival of next generation consoles on the horizon, Sony refuses to simply forget the PlayStation 3 as demonstrated by the newly released triple-A title The Last of Us from Naughty Dog and the upcoming Beyond: Two Souls from Quantic Dream. We had a chance to play the latter game at E3 2013 and walked away with one solid conclusion - fans of Heavy Rain will be pleased.

Beyond stars real-life actress Ellen Page in a leading role, as we follow the events of her life from childhood to adulthood. Ellen's character is Jodie, who is special because she is able to communicate with a spirit entity who she named Aiden. Like Heavy Rain, the new title will be very focused on the story so we were not given any hints as to how Jodie ends up in Somalia where the demo takes place. Jodie is joined by a child soldier named Salim, right away setting a serious tone for the events. 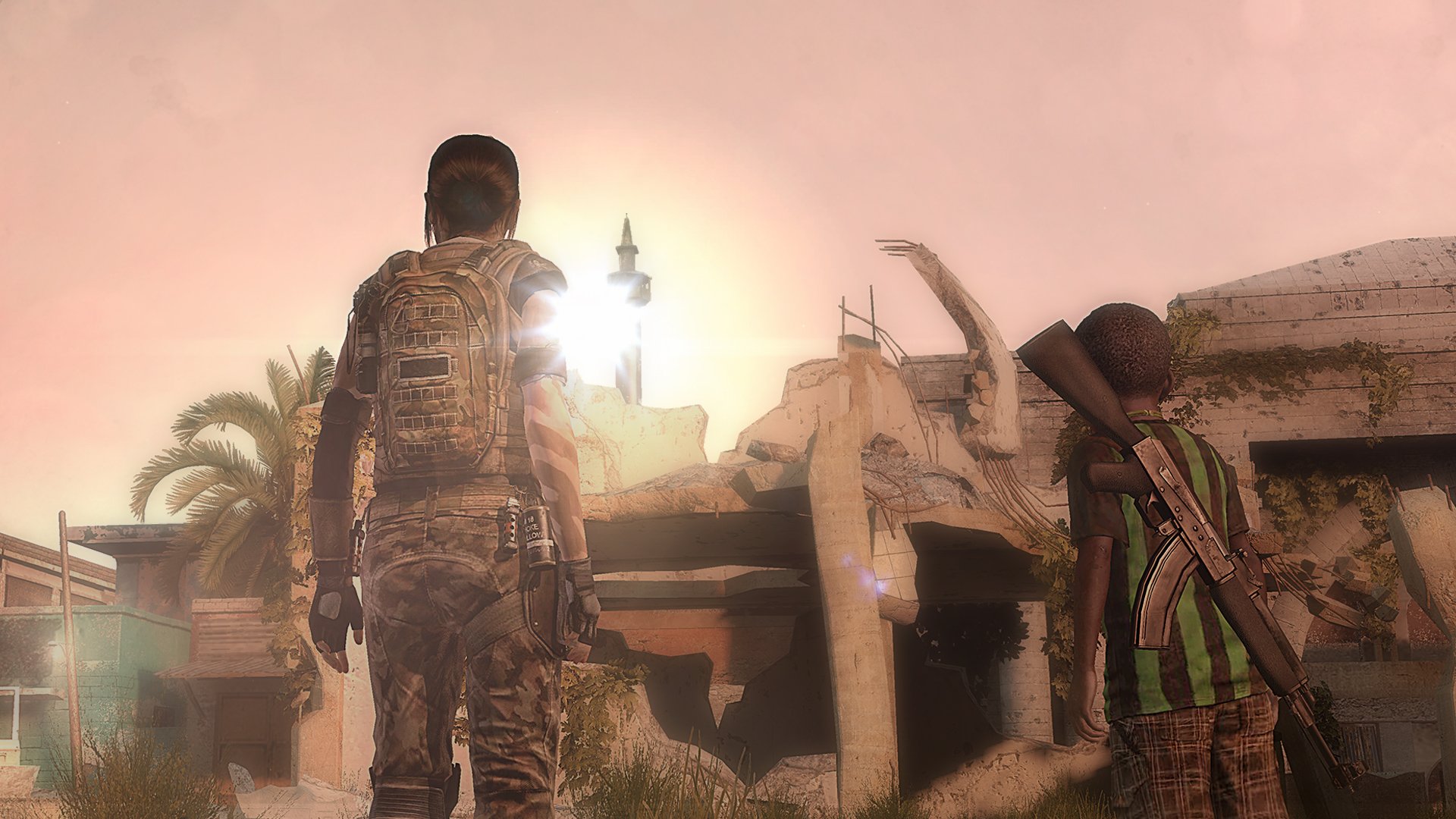 Jodie and Salim are pinned down by a group of enemies, and the heroine turns to Aiden to help them out of the situation. We get to control Aiden and freely roam the environment, but only within a certain distance of Jodie. The first two foes we dispatch by simply sending a shock of energy of some kind through their bodies. This allows Jodie to move up, using some very familiar button-press controls seen in Heavy Rain. It's likely that all of the game's action sequences will use these hold, tap, and press button controls that were dominant in Heavy Rain.

The remaining enemies were near a jeep, so Aiden took possession of one enemy, and made him kill the gunner before taking his own life. Though it seemed clear, one last bad guy emerged and engaged Jodie with a machete. Using directional analog trigger pushes, we had to guide Jodie through this fight - but she was unable to hold off the attacker. Aiden then came to the rescue, as we forced the enemy to kill himself by his own hand.

Jodie and Salim advanced forward through a destroyed desert town, employing stealth and navigating through some rooftops and back alleys. They arrive at a patrol car, where Aiden once again takes over one of the soldiers and kills the other two. We remove the driver and Aiden begins driving with the possessed soldier while Jodie and Salim hide in the back. Soon they come across a roadblock, where the guards begin asking questions. We control Aiden and hit the gas, although Jodie loudly opposes this decision. 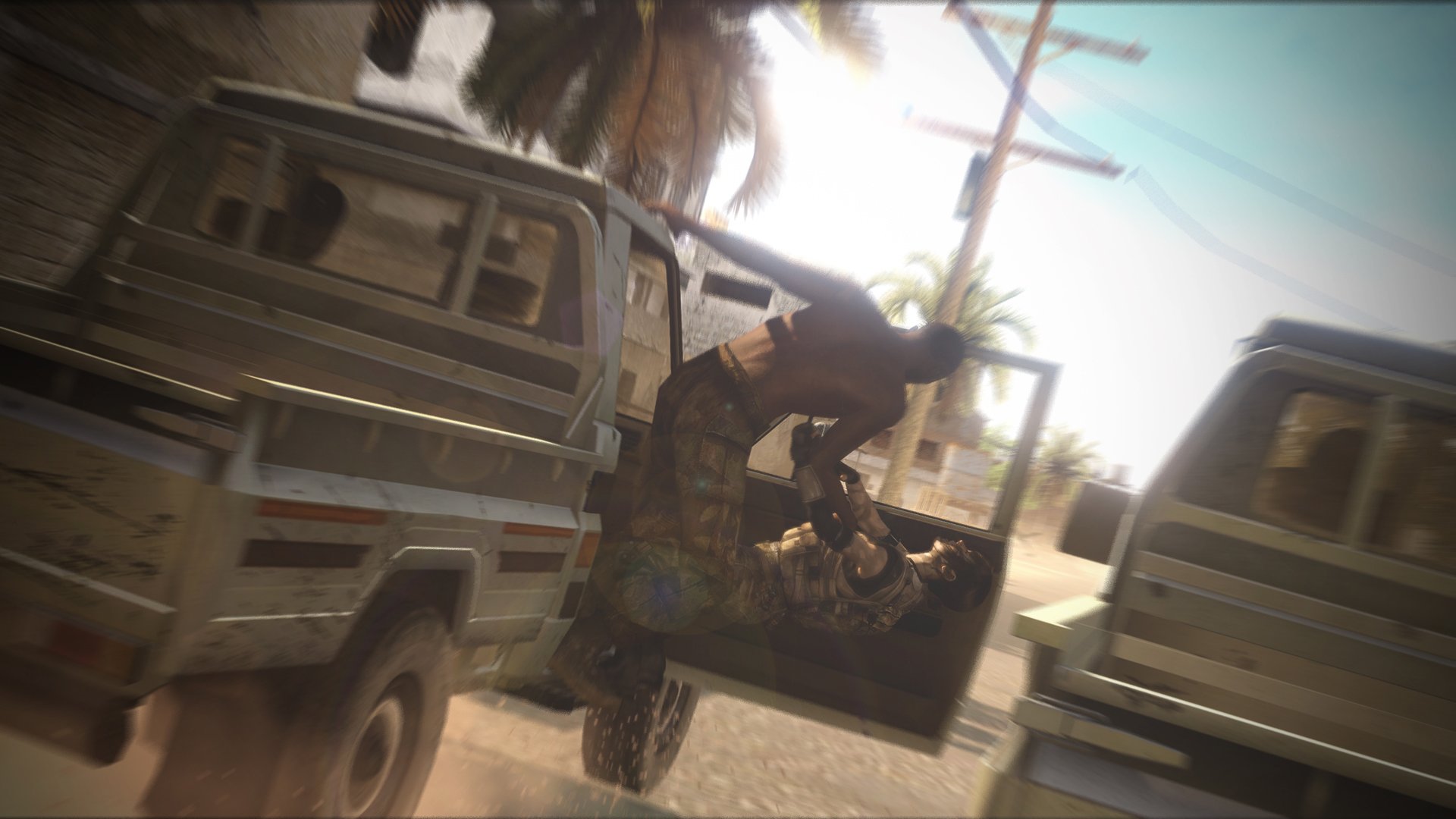 This begins an exciting vehicle chase through the town, though it seemingly takes place in a straight line. We control Jodie while Aiden drives, and she fights off the attackers who try to climb onto their jeep. Once again using directional analog controls, we must match the direction of the move that Jodie is making while the time slows down. Failing to do so results in damage, though even a few mistakes didn’t cause any death screens. After all attackers are dispatched and the chase ends with a car crash, we still see Jodie and Salim escape unharmed.

From this relatively short but entertaining piece of gameplay, a few key factors are revealed. The game looks good, comparatively better to other PS3 titles being shown at the show, and the motion capture technology shines through already. Ellen Page seems to be a good fit for the role, and a few more gameplay sections from Somalia that we won't spoil here position the game's story to be a strong point of the experience once again. Fans of Heavy Rain will be instantly familiar with the action sequences which utilize button presses and holds and look very much the same. The new addition of directional fight controls proves to be immersive and challenging as no on-screen prompts are used, and the player must use the limited time-slowing opportunity to pick the correct direction of Jodie's attack or defense. Many considered The Last of Us to be the swan song of PlayStation 3, but even though Beyond: Two Souls is releasing in October, likely a few months within PlayStation 4, it may yet take that crown for itself.

All videos for Beyond: Two Souls (6)
Advertisement ▼