You should probably see the movie instead

There is no shortage of video games that tie in to movies being released these days. What has become a recurring trend, some games turn out well, while others are little more than cash-ins. Not all movies are easily convertible to interactive experiences – movie studios sometimes have a say in the game production due to licensing agreements, so we end up with generic adventure games and platformers that hope to appeal to general audiences. In recent years I’ve had both the pleasure and the misfortune of playing some of these titles. Fast and Furious: Showdown evokes the latter feeling.

It’s altogether a disappointing result because a direct port of a racing movie to a game shouldn’t be that difficult. But with a sub-standard retail price, I suppose most of us should know better as to what we’re getting into. Then again, Fast and Furious: Showdown was created by Firebrand Games who are definitely no strangers to racing games, having developed multiple racing title for handheld and Wii platforms. Wait a minute, it’s all starting to make sense. 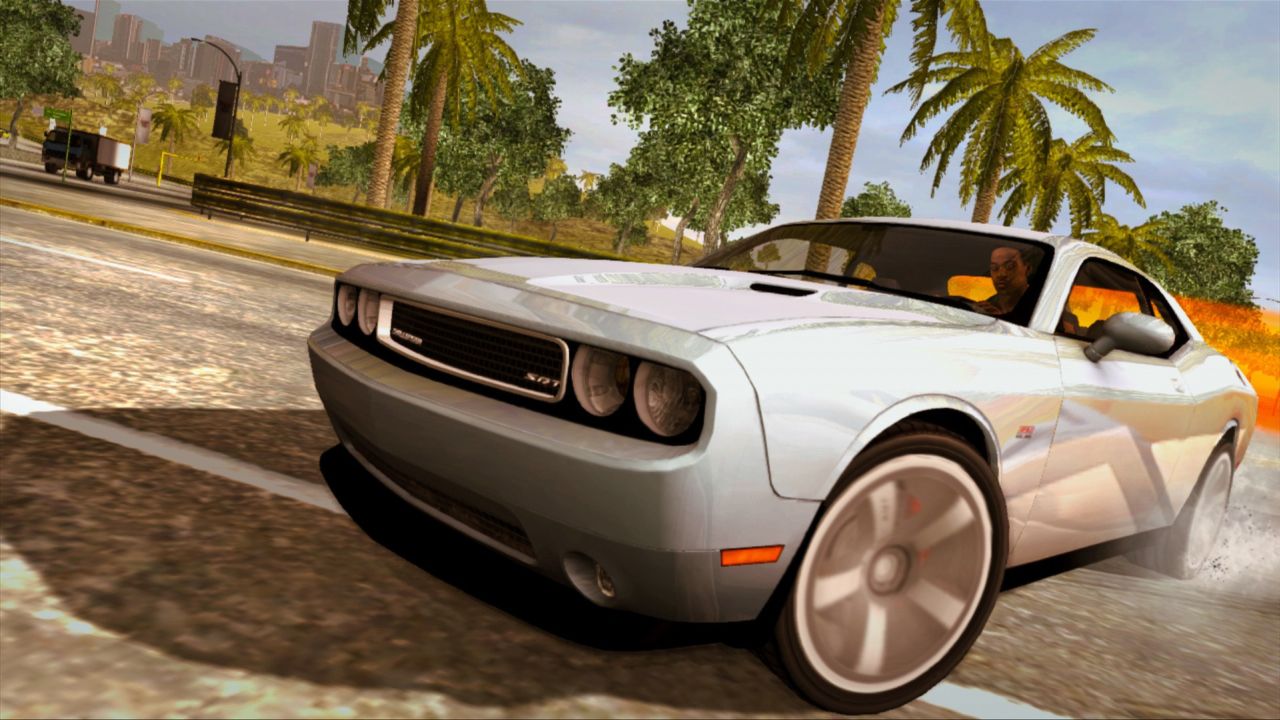 Let’s start with the usual – a story campaign. The game's plot ties into the events in Fast & Furious 6, a movie that released in the same week as the game, but also previous films as well. You play a few set pieces that appeared in other films, for example the bank robbery from Fast 5. But just like the films aren’t exactly known for their brilliant storytelling or relatable characters, the game fails to provide any interesting background to the action. You’ll play through a series of missions in various locales, and your objectives will range from usual races, to pursuits, shootouts, and film-related set pieces. The cutscenes that attempt to tell a story between these missions are badly written and acted, and only moderately well animated. Likenesses of some actors from the films are there, but they are badly recreated. Not being a huge fan of the films, though having seen all of them, it’s difficult to predict if anyone except the most dedicated fans would get anything out of playing the game.

Things go from average to worse when you actually start racing. The steering and physics in the game are quite poor – they are stiff, very basic, and drifting is a bit of an afterthought. For all the things to go wrong in a racing game, the car handling really shouldn’t be one of them. But that’s how it is; there is little enjoyment to have cruising around in cars from the films when they steer so poorly. Frustrations frequently arise when you take too much damage and fail an event, all because there is little defending you can do and steering isn’t exactly helping. Missions that have you using firearms or hijacking cars are tedious and don’t feel very well implemented or animated. 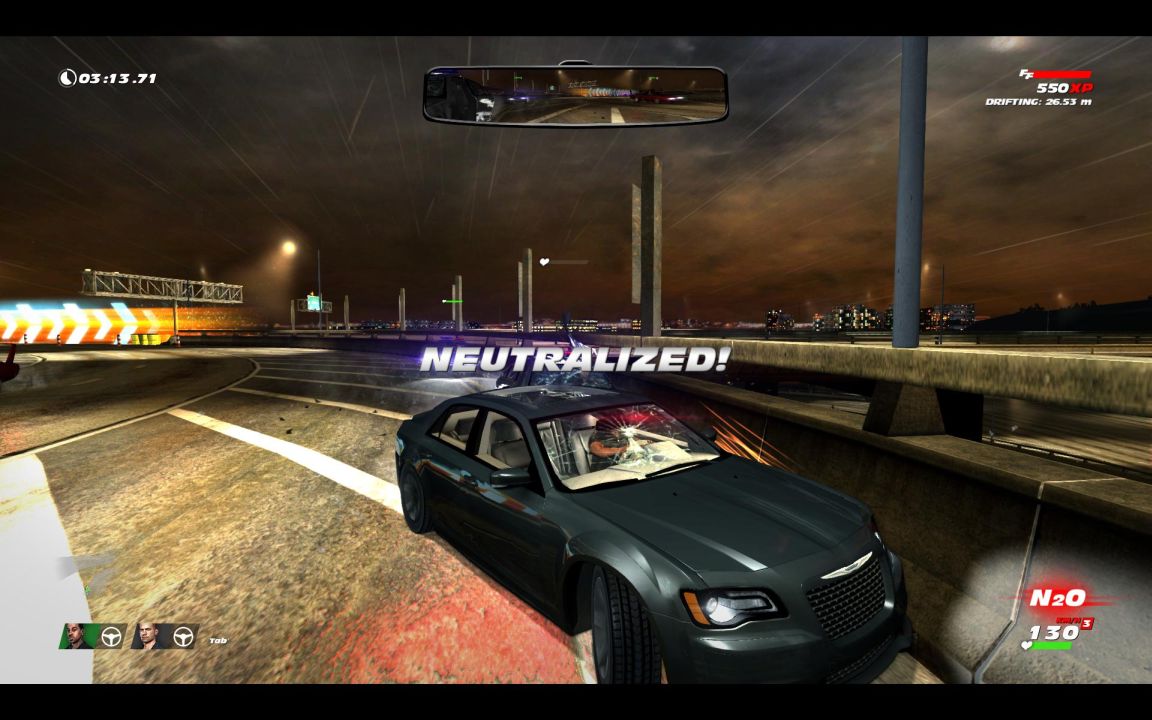 Adding to this is the physics engine, or rather lack thereof. This is the type of game that will have many appearances on YouTube for the absolutely bizarre things that can take place. The game’s very first mission makes a dire mistake to showcase the physics engine as you drive the specialized vehicle that likes to throw around other cars. The NOS boost is useless because it lasts a very short while and takes ages to fill up again. It all looks very basic and almost cartoony, and while the films may cross into this territory as well at times, at least we are still looking at real cars and people.

This blissful ignorance is lost in Fast and Furious: Showdown, as you’re looking at last generation graphics. There is no better way to describe them, nor is there a need to. Dated textures, flat tracks that like to send the player past the same buildings multiple times, the game fails to impress on any level with the presentation. Cars look like the ones from the movies but again lack any particular attention to detail and the damage modeling is basic. Audio is frustratingly quiet so you won’t exactly rejoice in hearing your Hemi under the hood. There’s truly not much else to say, other than some of the backdrops are nice and may remind you of Underground days from Need for Speed – that is until you crash into oncoming traffic because the draw distance is so poor. Perhaps the only positive thing to say here is that the game will run on pretty much any hardware, and loading times are very quick. 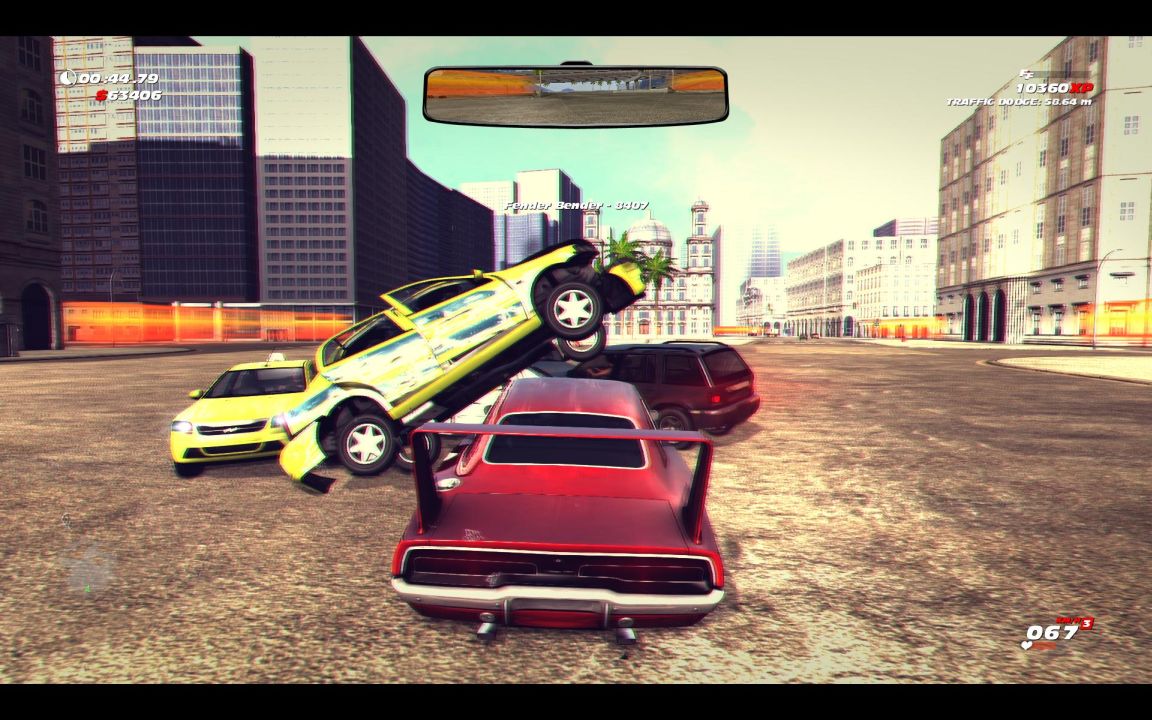 Outside of the story, there is a Challenge mode. Here, depending on your XP level, new special events can be played to unlock more events or earn new parts for your car. The events can be races against time or opponents, but can also be arcade-like action events where your objective is to survive as long as possible. The latter give the game some much needed replay value and even enjoyment to be had. You can customize your cars, but to a very small degree – and in what is a bad design decision, your unlocked updates appear on a fixed menu. You must scroll through this whole range of locked items until you get to the ones you’ve acquired, instead of sorting by unlocked items first. There are also online leaderboards for the Challenge mode events.

Speaking of multiplayer, that’s actually as far as it goes. The only online feature in the game are the leaderboards, which is strange because the game fully supports local coop and was in fact designed around it. Most of the events in both story and Challenge mode feature an AI partner, who you can switch to at any time if playing alone. Playing with two people on PC isn’t exactly a common occurrence, so being able to play cooperatively online could have been one of the saving graces for the game. Not to mention that your AI partner is mostly useless and only there to help relieve some of the pressure from opponents (but only when you take control).

So in the end, it all becomes clear. Fast and Furious: Showdown is a game that was designed by folks who know racing on handheld platforms. The limited online functionality, the dated graphics, and basic physics all complete the profile of a handheld racing experience. Not bad in itself, but one clearly not meant for the dedicated gamer audience. It is easy to tell racing fans on home consoles and PC to avoid this title, because there are simply so many better choices out there, even with the game’s reduced price point. Fast and Furious: Showdown should only be of interest to the casual gamers who enjoy the films.

70
The game performs well enough and loads quickly.
Overall
42
A low budget racing game, tied to a movie, from a developer that specializes in handheld games. The end result is as disappointing as one would expect. 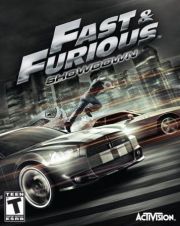