Feels more like a promotional tool rather than a quality product

When I was a child, every blockbuster summer movie would spark a new line of kids’ meal toys at a partner fast food chain. In my naive youth I was unaware, but looking back it was pretty clear that these toys were mostly for cheap promotion. A sure-fire way to put an advertisement of a kid’s beloved franchise in their hands to remind them of the most recent movie they could pester their parents about. Within minutes this toy inevitably ends up covered in fast food grease and discarded on the table while the child goes to play in the ball pit. This is how the new Star Trek games feels, like it should be included with a happy meal to remind people of the impending release of Paramount’s upcoming Star Trek: Into Darkness.

On its surface, Star Trek is a nice slice of cannon added to the newly forged world in the 2009 reboot of the franchise. The game tells the story of the New Vulcan project, an effort that goes awry when a species called the Gorn attack New Vulcan and quickly leap frog their way to the surrounding space stations, wreaking havoc wherever they go. Thus, it falls to the crew of the Enterprise, namely Captain Kirk and Commander Spock, to chase down the Gorn and eliminate the threat. 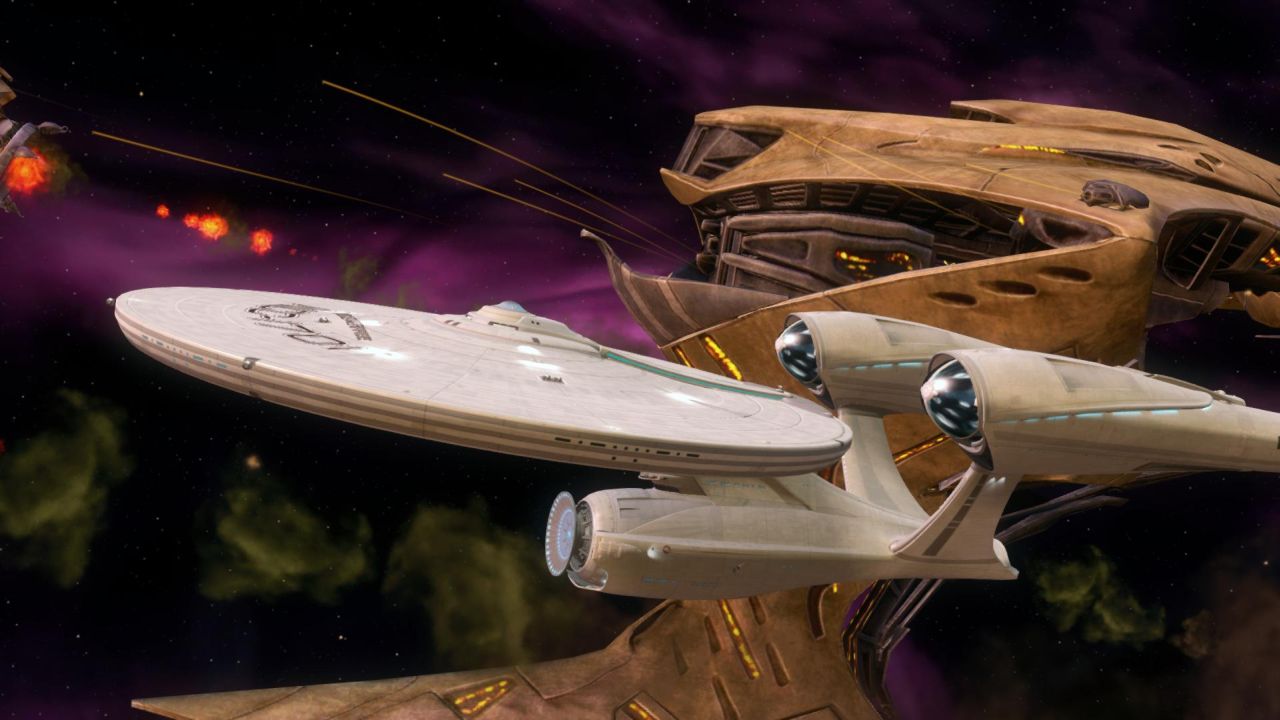 The narrative moves rather fluidly, and is easily the game’s strongest point. The Gorn have been a staple of the Star Trek universe and as neither Abrams nor the film’s producers appear to have a use for them in the upcoming movie, the game is a great place to work them in. Sometimes the narrative can become a bit contrived, where enemies kill everyone except for the damsel in distress for some loosely explained reason. However, if you turn off your brain and just enjoy the ride, it’s not half bad. In fact, the dialogue between the characters is rather well written, definitely in the same vein as the sarcastic, deadpan one-liners the recent film did so well. It also helps that the cast of the movies lend their respective voices to the game, providing the game a bit of credibility.

Unfortunately, that is one of the few good things to say about Star Trek. Barring the somewhat interesting story, the game is one giant, stinking mess. Once you start walking Kirk and Spock around the Enterprise, you will see that they have been poorly animated with thick torsos indicating maybe they’ve been stuffing down packages of Oreos since defeating the Romulans. These animations get worse as Spock and Kirk basically ghost through their environments, with awkward, rigid movements. The game gives a half-hearted attempt at Uncharted platforming, but these sections show how awful the animations are as characters’ hands disappear, reappear, and cling a couple centimeters above what they’re actually holding on to. 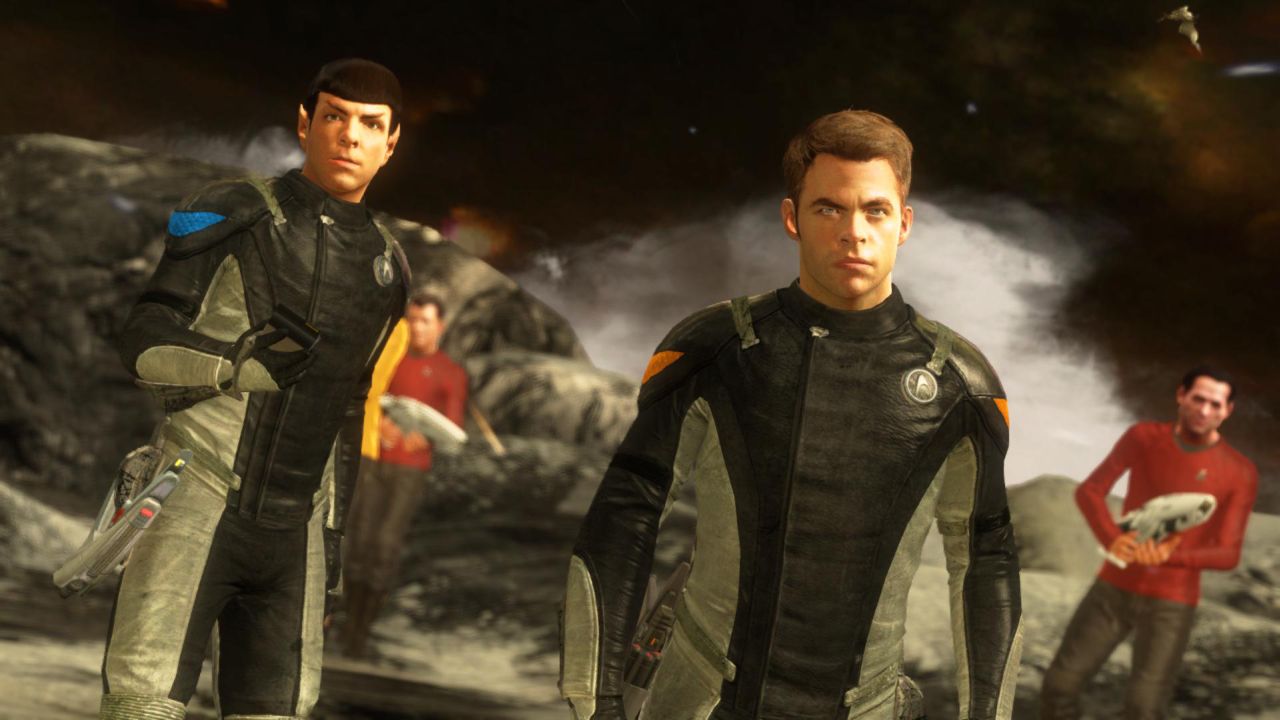 The stiff, unimpressive animations carry over to the cutscenes, which are not only horribly animated, but dreadfully directed. Each scene begins with a long loading screen, successfully taking you out of the action and detaching you from the story. Then the scene jolts to life, cut together like a highschooler’s fan film, with characters nonsensically moving about the environment. These cutscenes are so poorly constructed they would not have been acceptable in the previous console generation.

Once Star Trek starts throwing you into combat, things don’t get much better. At its absolute best, the gameplay is generic. The third-person cover shooting mechanics feel about as good as the original Mass Effect; clunky, unwieldy, but not unbearable. There are a couple tricks here and there in the combat, redirecting drones and turrets, but nothing that hasn’t been done better in other games. A limited selection of weapons and lack of creativity in the design make the battles uninteresting very quickly. To their credit, Digital Extremes attempts to change the gameplay up, not only with platforming, but swimming, teleporting, and flying sections. However, most of these curveballs miss their mark, with poorly explained scenarios and unrefined controls. Much of the gameplay is horrendously communicated - there are still several functions that I don’t understand - and used so poorly that you can almost see the design team going, “Oh crap, we forgot to use that more than once, let’s shove it in here.” 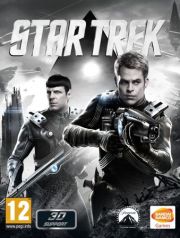