For these puzzles, you might need to use your... BRAAAAINS!

The result is a very smooth learning curve, which Arcen Games is to be congratulated on. Most levels will take you three tries: on the first try, you’ll realize the challenge involved (something along the lines of “Oh... I need to unlock the zombie pen in order to get to the other side of the lake”). On the second try, you’ll be able to finish, but probably with some bruises to show for it. Your third try will be your push to get the ‘bonus achievements’: every level has a gold standard, awarding extra points if you manage to complete every goal in the level. These goals range from taking no damage to gathering all powerups, but the best goals are tricky limitations on what weapons you’re allowed to use, or precisely which enemies you’re allowed to kill. Completing all goals awards you extra points for use in the overworld, but the real benefit they provide is an automatic difficulty manager, where the player can decide for themselves how much of a completionist they want to be. 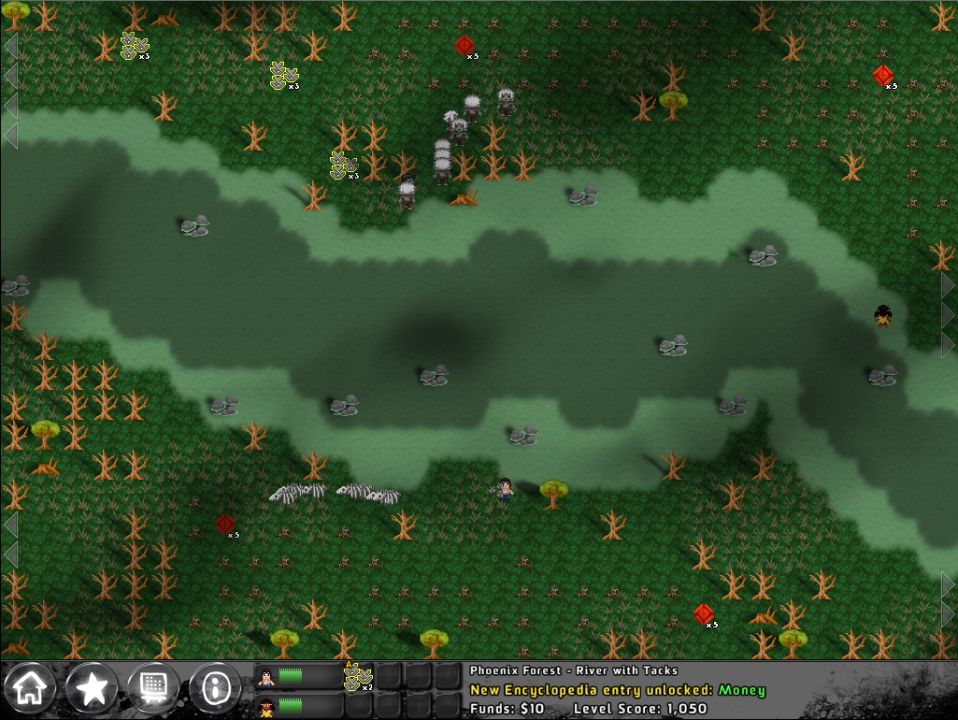 Another particularly nice addition to Shattered Haven is the fact that it includes a very basic co-op option, and puzzles tend to be just as fun playing with two players as with one. Still, it’s not designed for co-op play, and you’re never actually dependent on another player’s actions. Undoubtedly the strongest aspect of the smaller levels in Shattered Haven is the raw variety involved: every single level brings a unique experience: if you’re not setting traps for slow zombies in the dark swamps, you’re running for the matches to set the haystacks on fire.

All puzzles start the player out empty-handed, but in the overworld you can pick up a few tools here and there to help you cut your way through the shrubbery or take down the occasional enemy. However, when it really gets down to it, this experience is something of a disappointment, with little to do in it except move from one point to another along carefully forced paths. Classic games that use this format are known for coloring the journey with interesting NPCs, mini-games, side-quests, or at least some well-crafted and beautiful set pieces, but Shattered Haven for the most part doesn’t show any potential in this area, and there’s a sad lack of any reward for exploration. Thankfully, the game makes up for this in its individual puzzle levels, which have a wild variety of setting, mechanics, and challenges. This is a real strength of the game: although some puzzles may share a very basic theme, for the most part every puzzle you try is going to be a complete break from the last. Unique settings ranging from deserts to ice caves, from swamplands to castles. It’s no mistake either that Shattered Haven shines so brightly in this respect, and the game capitalizes on this by including a level editor, so its purchasers can build their own individual puzzles. 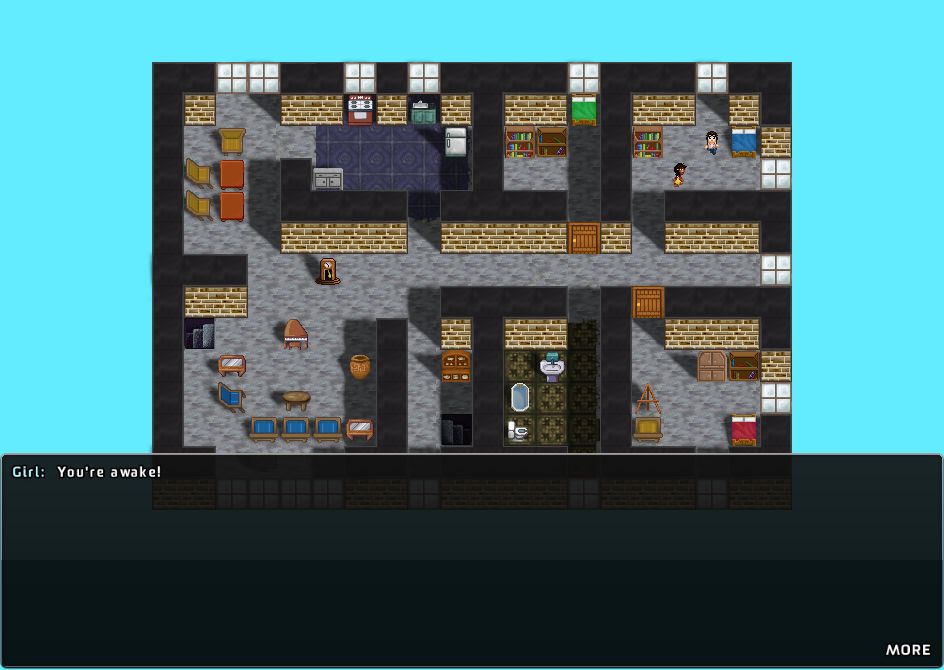 There’s a shocking lack of pots to smash

The gameplay in Shattered Haven is fairly original and varied, something of a mix between timed trials and ‘fiddle puzzles’. The basic action has some fun ideas, but without a strong story or visual setting to back it up, there’s not much to recommend it. The game might be best considered as a showcase for the level editor: if some creatively oriented team got the impulse to spend their weekends building up their own campaign, they might just come up with a brilliant add-on that will catch on with people. As it is, though, the game can only be recommended to those who like zombies, puzzles, and want to see these two genres go on a date together.

Prev12
Our ratings for Shattered Haven on PC out of 100 (Ratings FAQ)
Presentation
71
Shattered Haven has a decently interesting world and a charmingly retro graphic style, but it feels like a strong missed opportunity to build an intriguing world.
Gameplay
73
The game brings back a style of top-down puzzling that’s been missing for too long. It’s a refreshing take on the puzzle structure, with mixed parts of action and planning.
Single Player
66
The story feels rough and unpolished, but the individual puzzles provide great variety and constantly changing gameplay.
Multiplayer
70
Playing Shattered Haven with two people isn’t much different than simply having a fun conversation with a spectator.
Performance
80
Simple graphics make for smooth running and no crashes.
Overall
69
Shattered Haven has one strength, that being its variety of puzzling mechanics and locations. Sadly, the other aspects of the game are too mediocre to make it worth a solid recommendation, but maybe that’s not what you’re interested in. 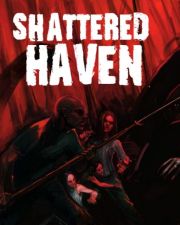 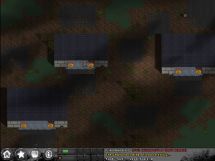