The Walking Dead franchise seems to be made out of gold. From the highly popular comic books to the AMC series and the recent adventure game by Telltale, Robert Kirkman’s version of the ‘zombie apocalypse’ has had success written all over it. Walking Dead: Survival Instinct is the newest gaming installment of the series, and this time it comes in the form of an action/FPS game, which initially might seem even more fitting of the franchise than a classic adventure game with minimal action. Of course comparing Survival Instinct with Telltale’s earlier Walking Dead game would be unfair on a number of different levels; Survival Instinct is a first-person-shooter, developed by a different studio, and where Telltale’s game followed the comic book canon, Survival Instinct is directly connected to the AMC series’ storyline. 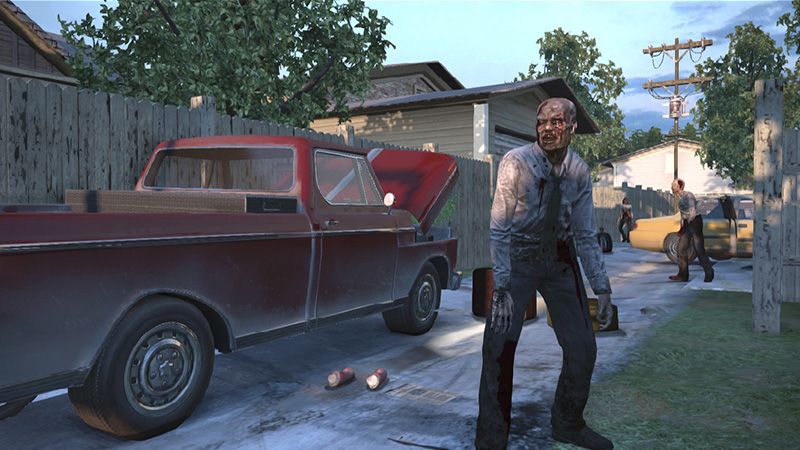 The game serves as some sort of prequel to the series so people who haven’t watched every season, or who are not familiar with the series at all, will not have any problem playing it. Of course, if you’ve never watched the series you will have little familiarity with the two starring characters, and you won’t be able to understand the importance of certain things that happen in the game. On the other hand, not many important things actually happen in the game anyway, so you will not be missing on much in any case.

On the plus side, the game follows the storyline of the fan favorite hillbilly character Daryl Dixon, and his not so popular brother Merle. Perhaps the biggest highlight of the game is the inclusion of Norman Reedus and Michael Rooker, who do an excellent job in reprising their roles from the series. Unfortunately, this is where the good things about Survival Instinct end. The game suffers from the unavoidable curse of every prequel; as we know the characters from the TV series, there is little to no suspense about what’s going to happen to them in the end. And true to that, not much happens during the game’s events anyhow. 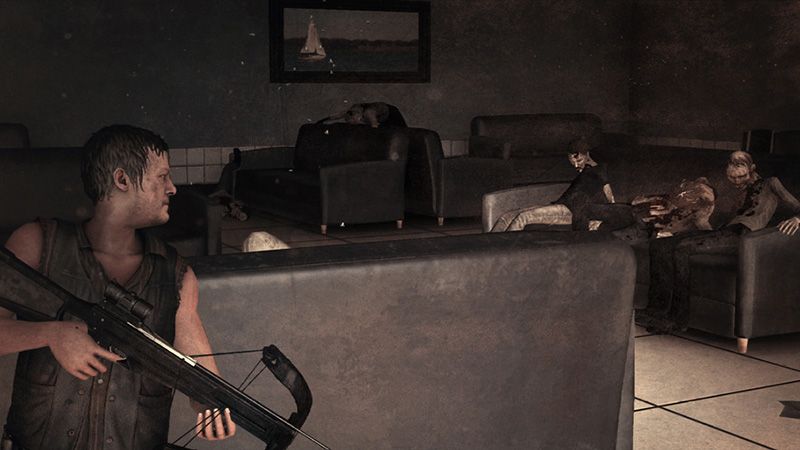 The title throws you right into the action, providing an extremely short tutorial which explains the basics of the game’s controls. The tutorial is also supposed to serve as some kind of backstory with a twist at the end, which fails to deliver the desired dramatic effect, mainly because it comes way too soon, and it involves a character we never actually get to see. From then on things continue to remain simple, as there is not much of a plot to keep the game going. Daryl trying to survive the outbreak travels from place to place, doing some mandatory tasks, meeting a few people and collecting items. Unfortunately the opportunity to explore the relationship between the two brothers is lost, as Merle basically serves as a supporting character and not nearly enough dialogue takes place to justify the inclusion of the two main actors from the TV cast.

The gameplay also rivals its storyline in simplicity. It follows the basic FPS mechanics as Daryl can crouch, use a variety of melee weapons and firearms, and sneak behind the walkers, finishing them off without much hassle. Following the Walking Dead universe’s ‘rule’, the player will find it preferable to use a melee attack, as firing a gun will draw the attention of the walkers. Much like in the series and the comics, Survival Instinct suggests that it is better to hide, sneak and attack than go into a full-on killing spree. Of course ‘suggests’ is the key word here, as the title never forces you to follow that strategy. Daryl can run, jump, slide and glide between enemies, easily avoiding them, so strategic planning is something you can almost completely avoid if you don’t feel like doing it. Even if attacked and cornered by a number of walkers, you can still make it out alive by delivering some easily executed knife attacks.