We get some fresh details about the upcoming pirate themed sequel

“Remember Assassin’s Creed III” might be one of the most commonly heard phrases in the last two months. The third numeric entry into the series, which chronicles the on-going war between Assassins and Templars had demos and videos a-plenty leaving gamers drooling with desire. However, when the game was finally released the majority of fans were left unsatisfied. As I entered the small theater Ubisoft had built for its Assassin’s Creed IV: Black Flag’s hands-off demo, I could not help but feel a tinge of skepticism about what I would see versus what I would get. 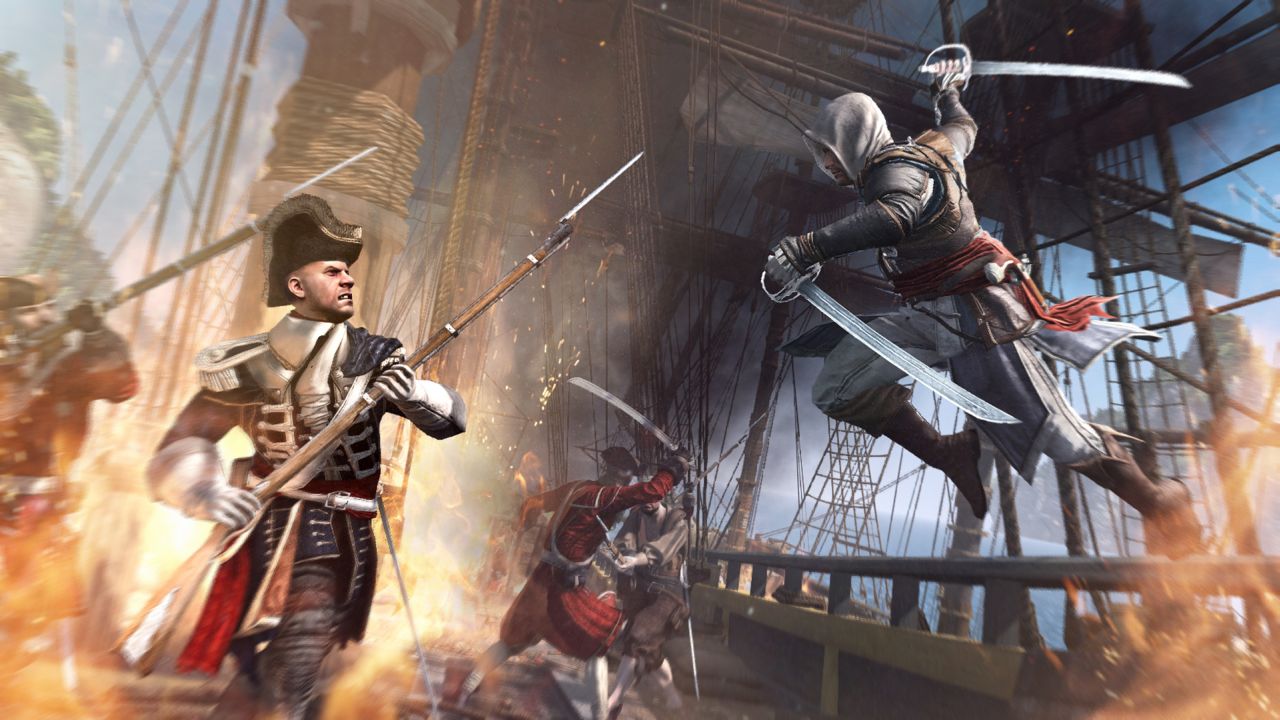 In the video, Jean Guesdon, the creative director behind Black Flag, talked about the gameplay footage we would be watching and the inspiration for Assassin’s Creed’s new setting. It appears the creative team at Ubisoft, while researching American history for Assassin’s Creed III, “stumbled upon” the time period in the Caribbean often referred to as The Golden Age of Piracy. Deeply taken with the time period and the characters it possessed, Ubisoft immediately knew this would be the next setting for their franchise.

Assassin’s Creed IV has a stronger focus on open-world exploration than its forebears, keeping in tune with the seafaring nature of its characters and the early 18th century exploration around the Caribbean. Assassin’s Creed’s open world elements have become continually more influential over the series, but Black Flag looks to capitalize on exploration by littering the game with ships, islands, and towns which all have unknown value and importance. Discovery is the whole point of this series entry, with players finding landmarks, wildlife, and Mayan ruins on each island.

These exploration aspects of the game take player to a place Assassin’s Creed has never gone before - underwater. There will be a whole world to explore on the ocean floor, as players can ride their ship’s sinking anchor into the depths. Here they can find lost treasures and battle sharks (no seriously, I saw it happen). How much of the game will be underwater, or how Edward will be able to hold his breath long enough to explore the watery abyss remains to be seen. 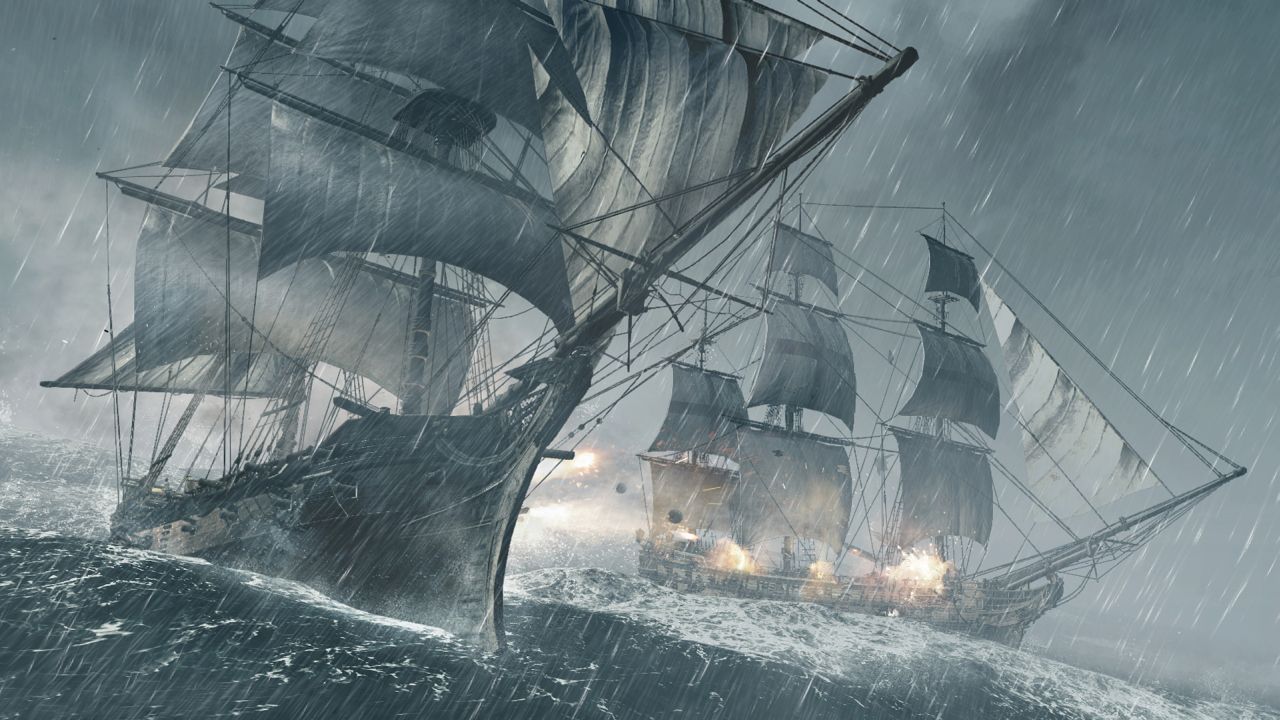 While exploring the open seas your ship will be your home away from home, your so-called “Enterprise”. You can upgrade and improve your ship to build a more formidable war vessel and recruit crew members to come aboard, inflating your numbers. There was little mention of how the currency would work, as this could be similar to the Homestead aspects of Assassin’s Creed III, or the Villa in Assassin’s Creed II, but the details remain vague.

Having upgraded your ship and gathered the crew, you will be ready to battle on the high seas. Obviously the controls in Black Flag are a variation on last year’s highly praised naval combat, however there was a promise that these battles would be more involved. Ships will vary in size from small skiffs to large man-o-wars, and choosing your tactical approach to suit your opponent will be important. One of these new tactics will be the ability to board your opponent’s ships. Historically, pirates would not often sink ships, opting instead to take them as prizes for plunder. Thus naval combat has a heavy focus on boarding ships and fighting hand-to-hand. Assassin’s Creed IV executes these tactics with what they promised were simple, yet effective, controls.

The man commanding the ship and the protagonist of Assassin’s Creed IV: Black Flag is Edward Kenway, father to Haytham Kenway and grandfather to Connor of Assassin’s Creed III. The pirate captain was described by the creators of the game as “brutal” and “secretive”. He carries dual cutlasses and up to six pistols, which is a reference to a real pirate captain who would carry multiple guns over his shoulder tied with a piece of silk. The game also promised free-aiming, allowing players to run and fire their gun with the ease of today’s third-person shooters. 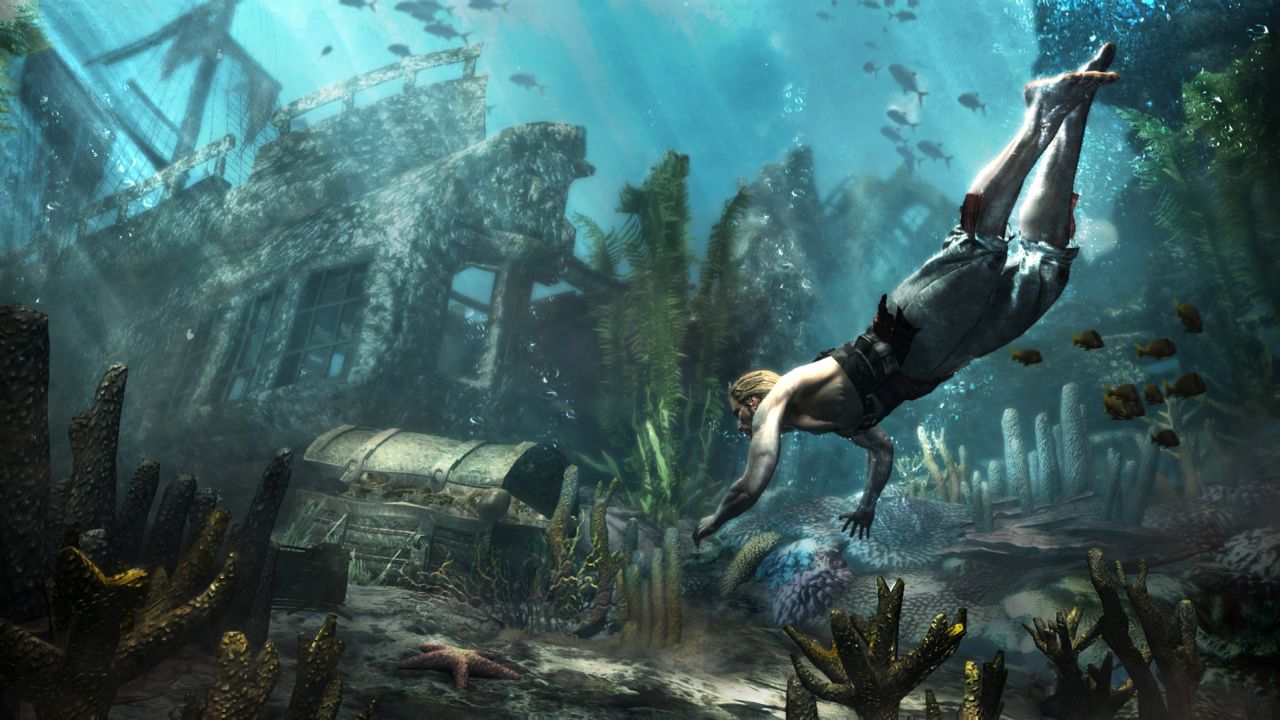 The team at Ubisoft also promised a return to solid stealth mechanics, admitting that the series had gotten away from its roots. This was exemplified during the naval combat sequence, as players can perch atop sails then sneak their way down ropes and beams to gain the element of surprise over their enemies.

It was referenced numerous times that Edward Kenway has some dark secrets that propel his individual agenda in the game. There may be nothing more to it than his Assassin roots - which are noted in the games tagline, “A Pirate Trained by Assassins” - but let’s hope that the plot runs deeper, making Edward one of Assassin Creed’s more interesting protagonists.

What other secrets could Grandpa Kenway have? Will Ubisoft make good on their ambitious approach to the next Assassin’s Creed entry? PC, Xbox 360, PS3, and next gen console owners will find out October 29th, 2013.